I am swooning over these Cinnamon Roll Muffins! Everything you love about a good cinnamon roll, but ready in a fraction of the time. No yeast, super simple, and incredibly Delicious! 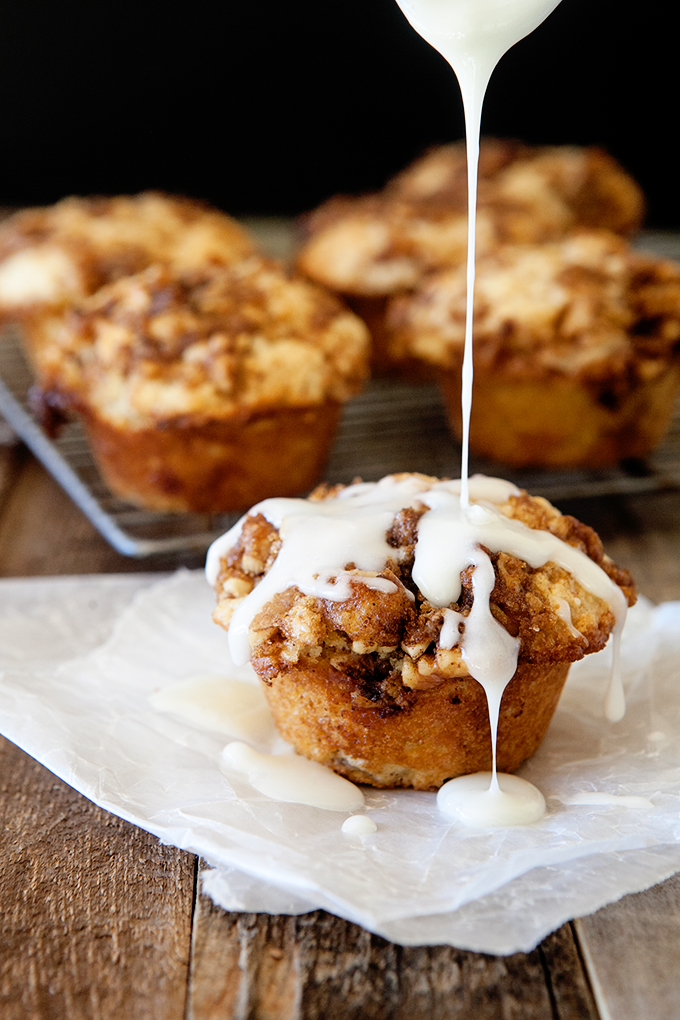 This one goes out to my mother. She’s the lady who despises cooking but against her wishes finds herself in charge of Christmas breakfast more often than not. So instead of the cinnamon rolls that she normally tries to turn out for the big occasion, those cinnamon rolls that require yeast and rise times and rolling pins, I offer these Cinnamon Roll Muffins.

These Cinnamon Roll Muffins require much less of a time commitment, but one sweet bite and I think you’ll agree that they make a pretty impressive substitute for standard cinnamon rolls. 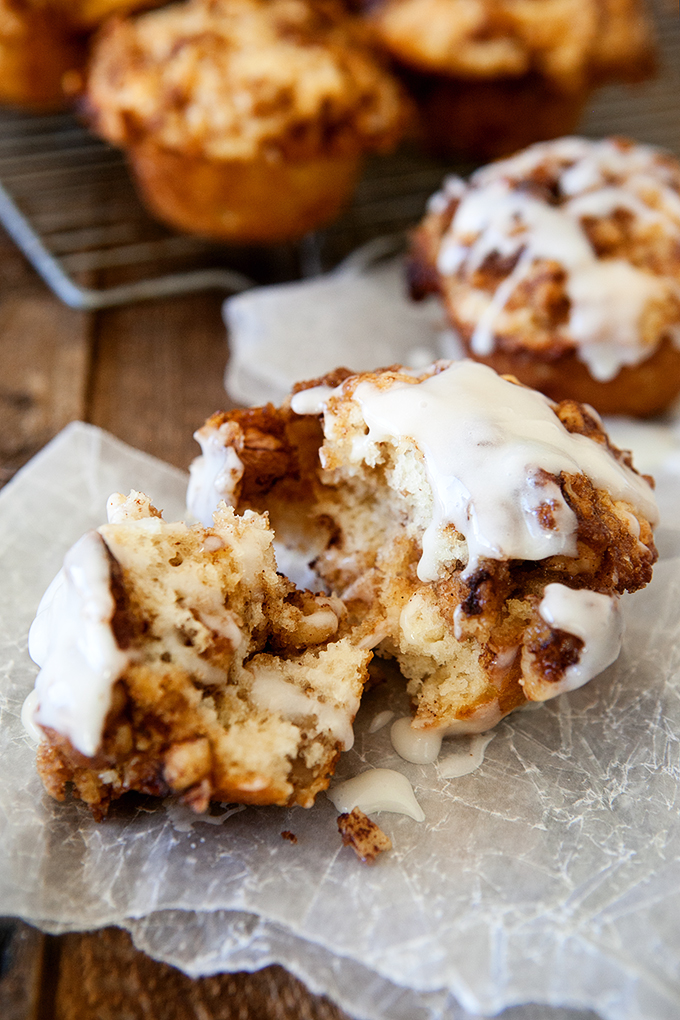 These are easy to make, but I have to tell you that it took me a few tries to get this recipe right. The first batch I delivered to my mother were much too crumbly and the brown sugar – cinnamon topping exploded all over the pan. But I knew in my heart of hearts that Cinnamon Roll Muffins needed to exist in my life so I persisted undaunted.

Thirty-six muffins later, I am now happy to report that I have achieved not just success, but in fact, perfection.

After consuming a couple of these gooey, sweet, perfect muffins, I feel bold enough to declare that these Cinnamon Roll Muffins might very well be the best thing I have ever managed to cook up in this humble little kitchen of mine. They are that good. No joke. 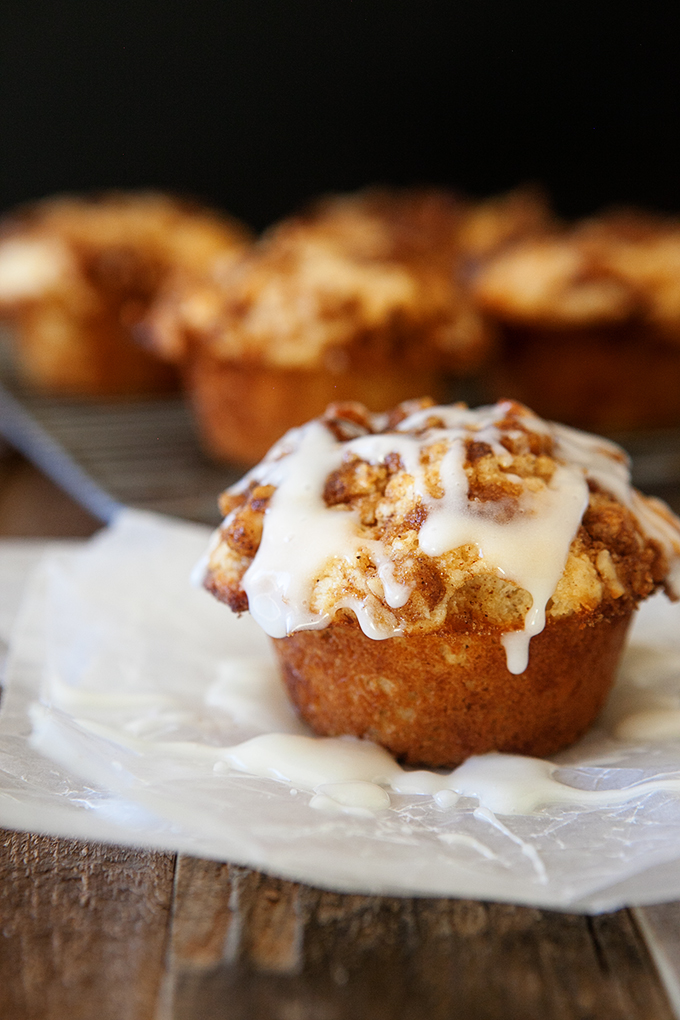 Maybe make these beauties for Christmas morning. Or maybe make them because you are too lazy to make cinnamon rolls. Or make them just because. You really don’t need much of a reason, just make them.

If you enjoy this recipe for Cinnamon Roll Muffins, you may also enjoy these recipes:

As an Amazon Associate and member of other affiliate programs, I earn from qualifying purchases.