This Simple Chowder recipe, with only a handful of ingredients, is a recipe from my grandmother and one of our family favorites. You can make it with clams, or with bacon, or just veggies. It’s creamy and each spoonful quite literally melts in your mouth. 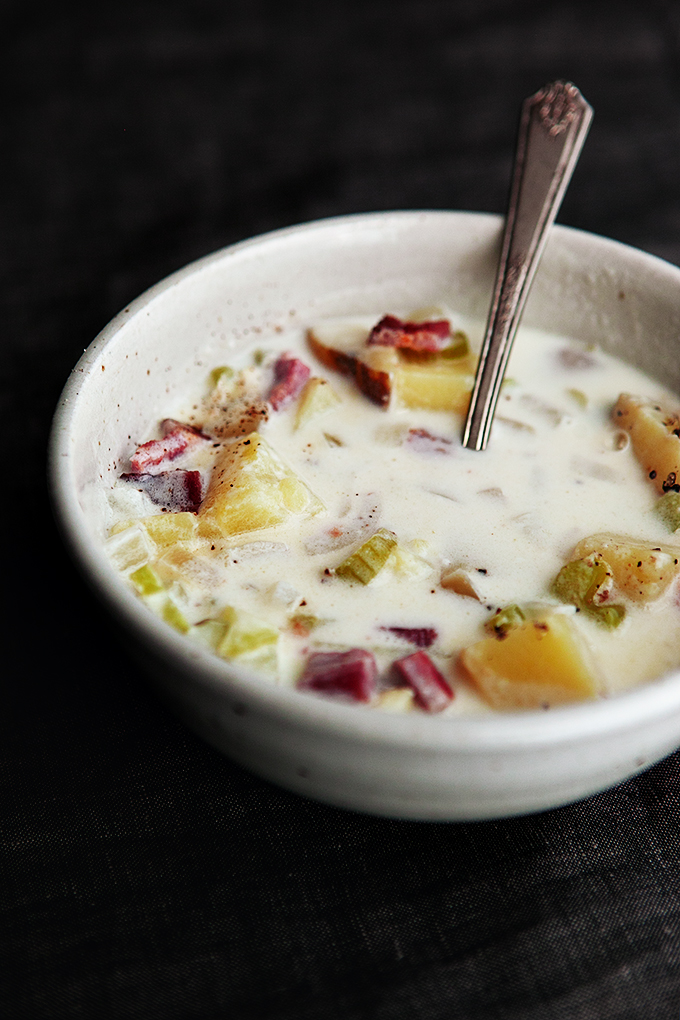 Today would have been my Grandmother’s 97th birthday. She died just a few weeks shy of her 91st birthday and I’ve missed her every day since then.

So often, as I go about all of the mundane and ordinary tasks in my day as a mother, I think about my Grandma. I think about the seven kids she raised and all the years she spent cooking, preserving, gardening, cleaning, sewing, knitting, and loving those kids right into adulthood.

My dad was the youngest of her seven children, and by the time I made my way into the picture, Grandma had lived a long, full life. But for my entire life, Grandma and her house were my north star, steadfast and unchanging for so many years.

Grandma lived a simple life. She grew up through the depression, raised babies through the war while my Grandfather served overseas, and after the war, lived on a ranch without running water or electricity with five children. When Grandma would tell the story, she always emphasized that she was a “city girl” and those years of kerosene lamps and carrying water and dust everywhere were not her favorite. Still, she was always one to find the silver lining and in her personal history she wrote that she learned to love Clover Valley and the people she met there. 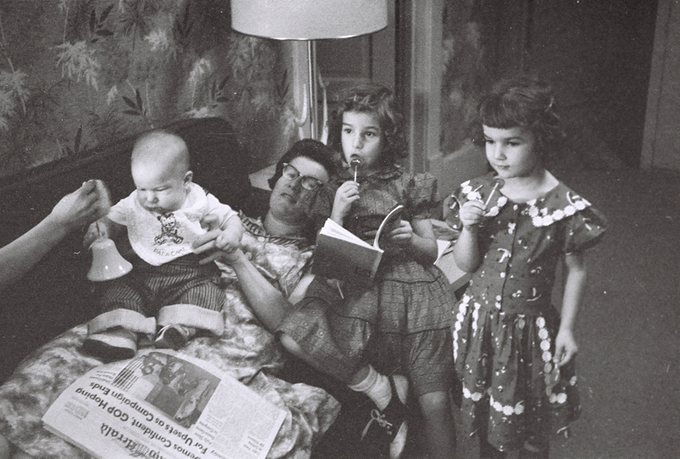 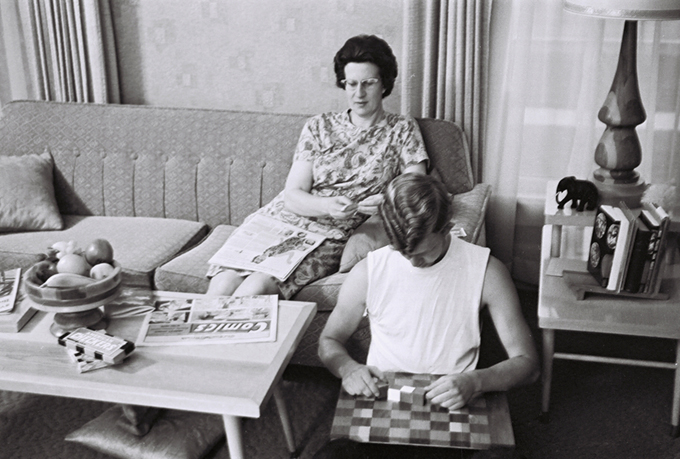 After my grandfather gave up the ranching life and they moved back to the city where he worked for the post office and wrote books about the horses and ranching life he had loved, they settled into the house where my dad was born and raised and where my grandmother finally lived out her last days in 2010. I loved that house and the simple life they lived there.

Grandma’s house never changed. I look back at old photos and for the most part, the same books were on the shelves, the same furniture, the same curtains, and the same pictures on the wall that I remember seeing my whole life. Grandma knew well that it isn’t material things that make a good life. 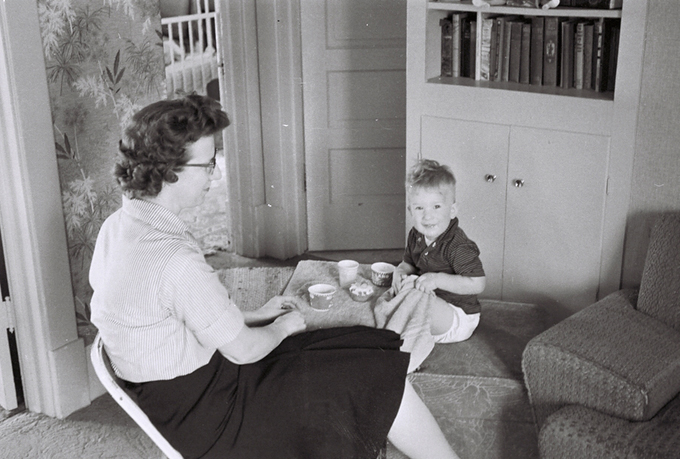 I think of Grandma often when I think about what it means to me to live a good life. The grandma I knew was generous, and funny, and adventurous. And it’s striking to me now, as an adult and a mother in the middle of muddling through life, because I can only remember her as happy.

I have her picture hanging on my wall in my bedroom and I find myself turning to her when life feels impossible. I know that she had her first baby while my grandfather was away fighting the battles of World War II, she had scarlet fever, she left her family and her friends for years of hard work on a dusty, lonely ranch, she saw her oldest son risk his life during the Vietnam War, and then she survived him taking his own life after the war. She lived through heartbreaks and tragedies and loneliness and scarcity and profound disappointment. Like most people, she saw hard times. And still, I can only remember her as happy.

I wish so much that I could have known my grandma as the person I am now. I wish we could talk about the hard things because if she told me now that everything would be okay, even after 91 years of living through it all, I think I would believe her. 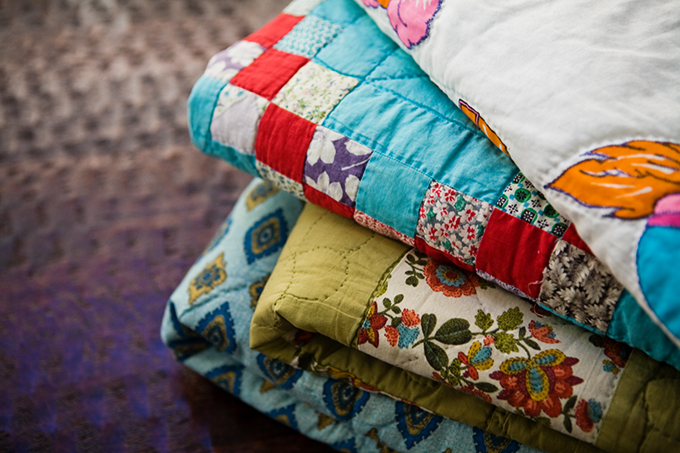 But her life and all the memories she left behind still give me something to believe in now. I can’t ask her what to do or even show up on her back porch for a hug that would probably heal almost everything that feels wrong. Instead, I just try to do what I think she would have done, what I know she did her whole life. I try to have faith and pray that someday my faith will be as sure as hers. I keep my hands busy, with a quilt, with some yarn, with my babies. And I remind myself that it doesn’t take much to live the good life. 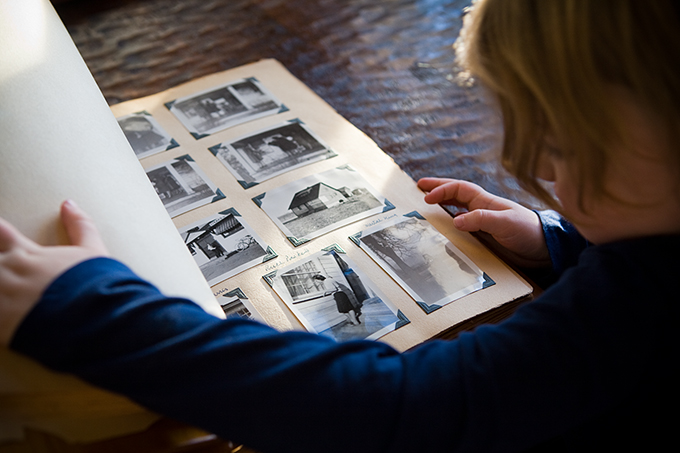 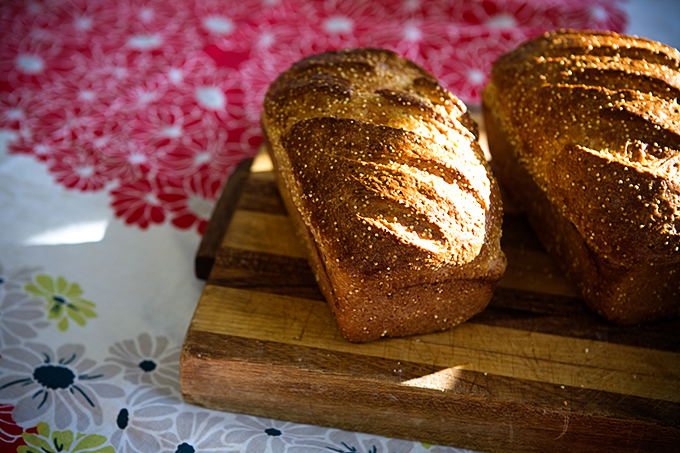 Today, in honor of my Grandma Ruth, we’re making this Simple Chowder. Grandma normally made it with clams, but I hate clams (it’s like chewing on an earlobe, no?) so I use bacon instead. Really, you can make this Simple Chowder without either and it’s good anyway. It’s a simple chowder by definition, so you can keep it simple.  And I can still remember, with such clarity, the day grandma wrote this down for me – sitting in the sun at her kitchen table. This one’s a special one, simple as it is.

Tonight, we’ll follow this bowl of simple chowder up with a slice of cherry chip cake. Grandma always got her birthday cake from a bakery in Provo, but I found this recipe that I think will suffice. And though I think of her often, today especially, I will remind myself to be grateful for this simple life and for her beautiful life to show me the way. 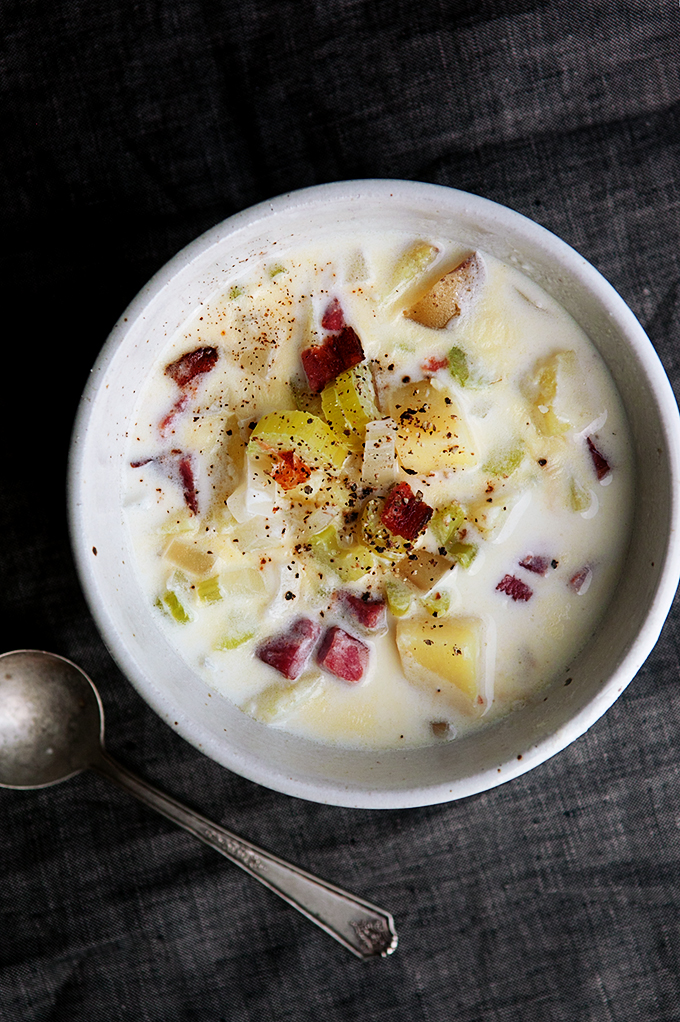 When I make this, I use a thick cut, nitrate free, bacon - about 6 slices.