The Family Games that I don’t hate playing! 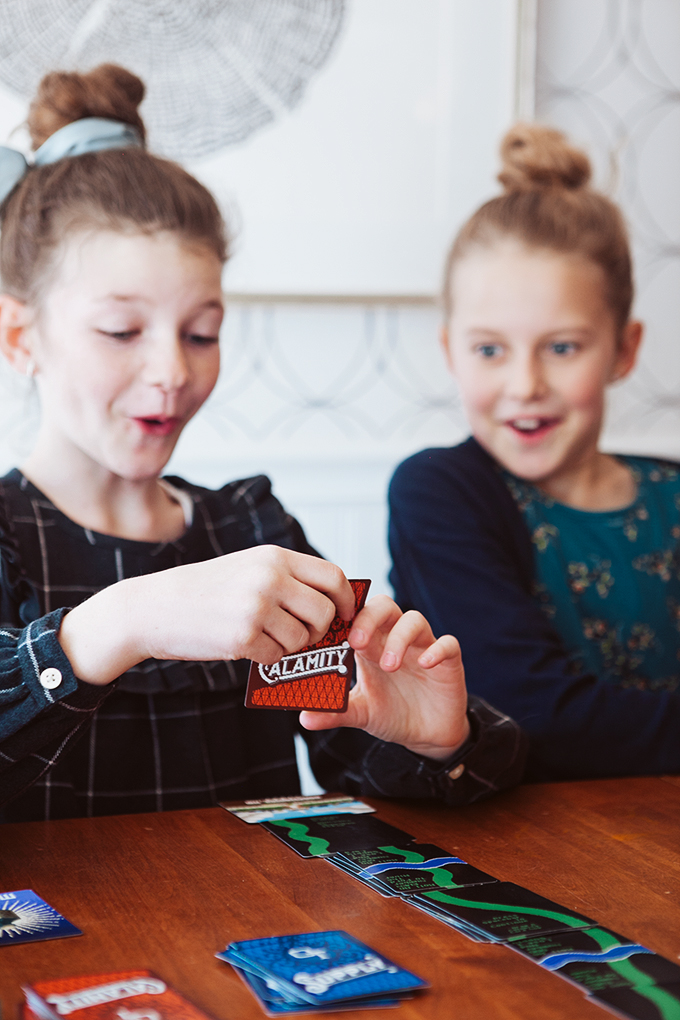 I don’t love to play games.

That’s pretty much blasphemy in my family. We grew up playing family games all the time. My siblings all LOVE games and they married people who enjoy games too. My kids even love playing games – little traitors.

I don’t hate playing games. It’s just not ever at the top of my list of things I’d like to be doing. But since I’m surrounded by people who are always saying, “Let’s play a game!” I’ve had to learn to love games a little more than I would if left to my own devices.

What we have here are family games that I don’t mind playing. I like some of them more than others, but none of these games make me want to run and hide – and there are many games that have that effect on me (Candy Land, I’m looking at you!). There are even games on this list that I will actually suggest playing of my own accord, and that’s saying something. 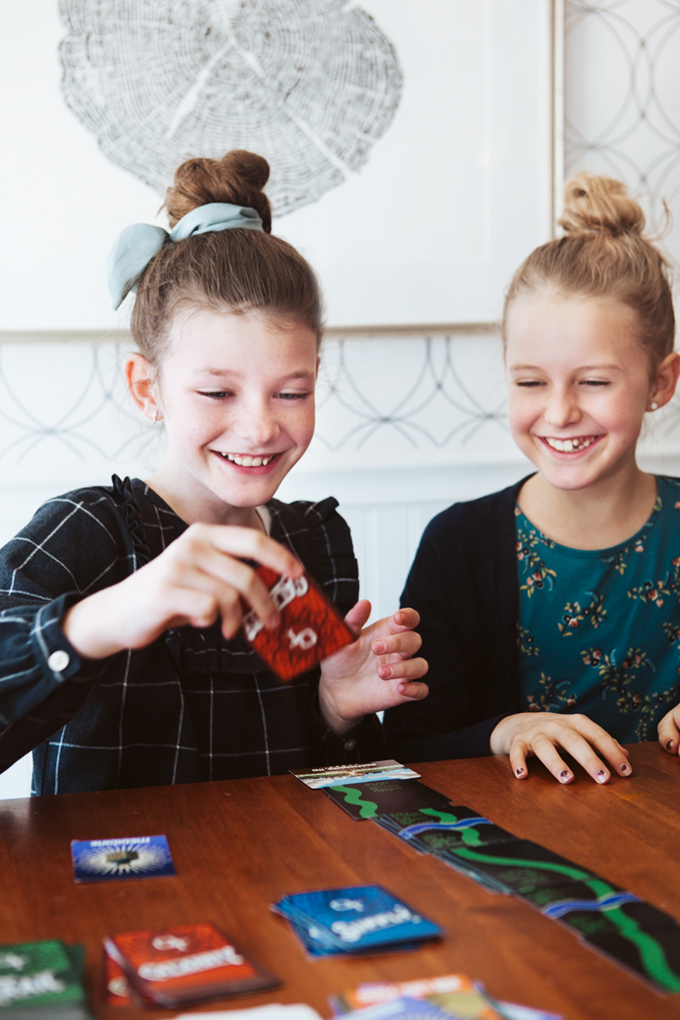 These are not really preschool/toddler friendly games. I will write a separate post with the games I play with my littles. I play these games with my 12 year old, 10 year old, and 8 year old. A lot of these games we’ve been playing since they were about 6. When we play these games, we either do it when the four year old is otherwise occupied, or we have him buddy up with someone who will let him roll the dice, or draw the cards, so that he can feel included.

We’ve acquired most of these games at Christmas or Birthdays over the years. Games make great gifts!

And, if you’re shopping for gifts right now, most of the games on this list are under $20, and there are many here that are under $10! 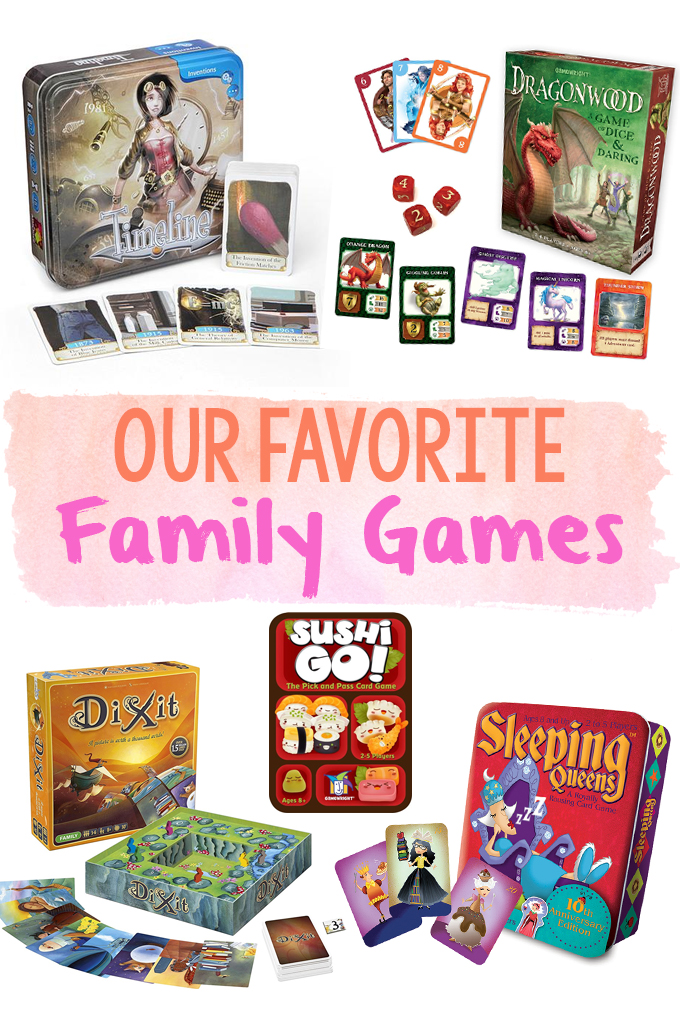 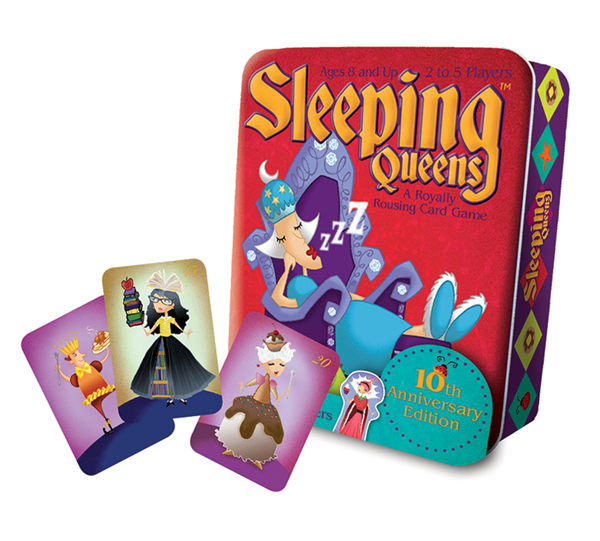 This is probably the most played game of all the family games in our house right now. A friend gifted it to my girls for their birthday a few years ago and they have played it over and over again. They can play this one on their own, but it’s also one I don’t ever mind joining them in. It’s a quick card game in which you try to wake up sleeping queen cards while stealing other people’s queens or putting them back to sleep. 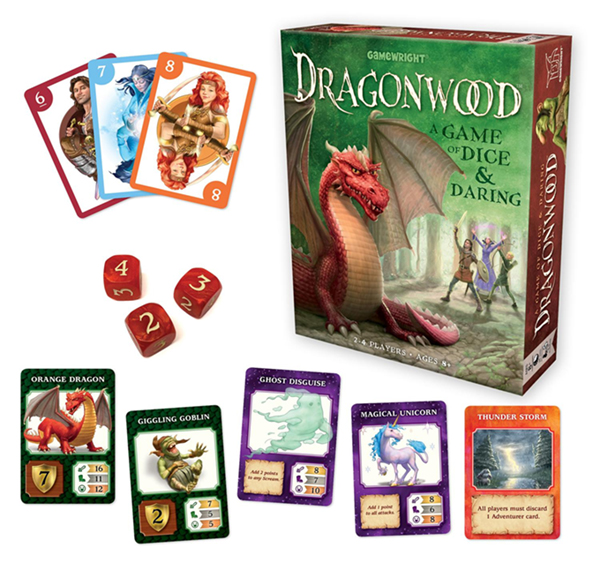 I really enjoy this one and have been known to suggest playing it without provocation. There are creatures in the woods to capture and, ultimately, two dragons that must be defeated to win the game. You defeat them by rolling the dice, but you have to collect cards to earn dice rolls. It’s a mix of strategy and luck. It takes about 15 to 20 minutes to play a game and is great fun for both kids and adults – I promise! 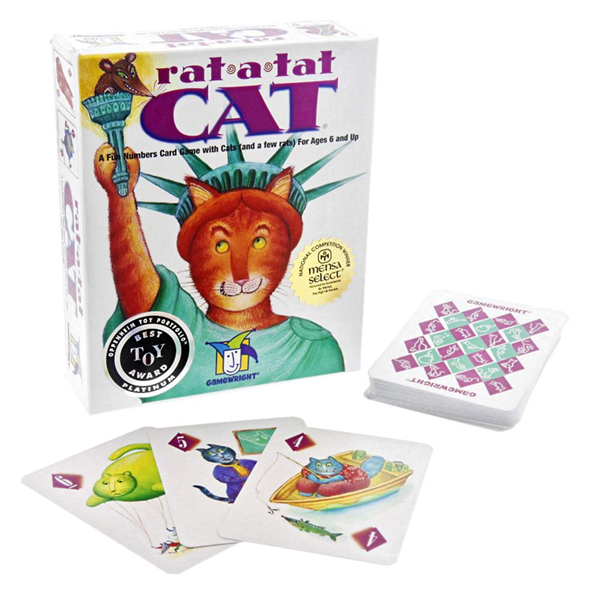 This is another quick card game that is easy to say yes to. Cats are good cards (worth less points), Rats are not (worth more points). The goal is to go out with the lowest score, but it’s tricky because you can’t look at your cards. It involves some strategy, some memory, and some luck. 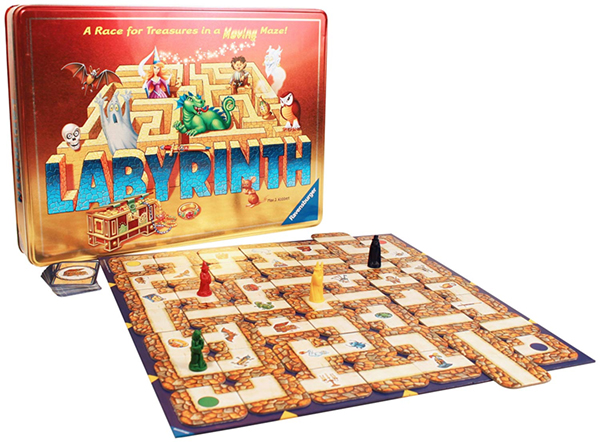 I actually do love this game. It’s more like a puzzle than a game to me and it’s so fun! My parents have Labyrinth Ocean at their house and it’s just as fun too. The board is a maze that you have to make your way through, but it’s tricky because the passageways keep moving. 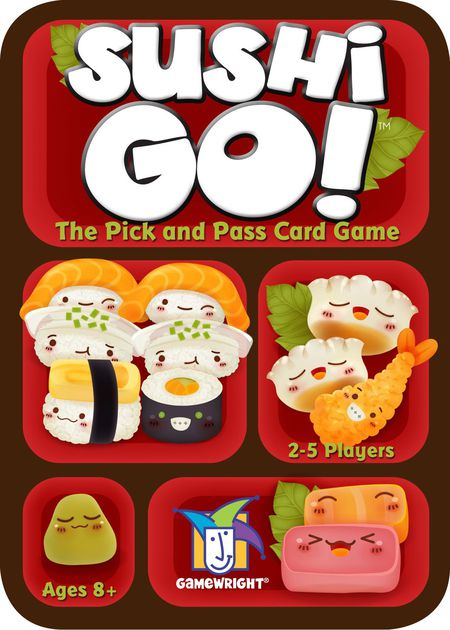 This is a fun one because we can fit in 3 rounds in less than 20 minutes, which makes it a great “let’s play a game before bed real quick” kind of card game. Plus, the sushi illustrations are too cute! The goal is to collect sushi cards and make sushi combos to earn points. 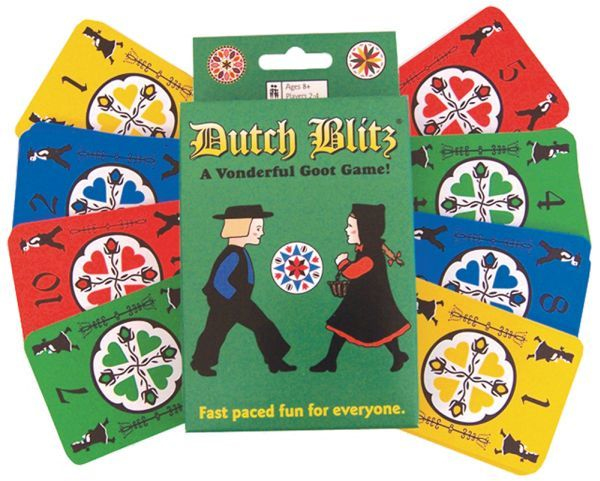 I got this for the kids for Christmas last year and it’s been great fun. It’s another fast paced card game, in which you try to place your cards in sequence faster than everybody else. It’s a great large group game too and you can buy expansion packs. 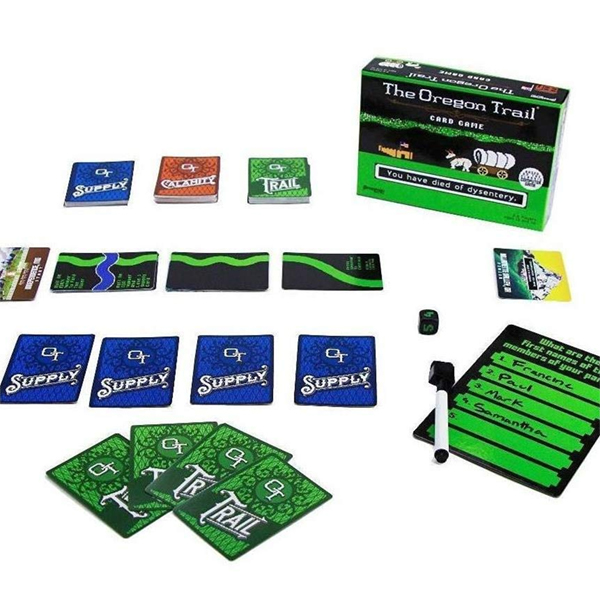 This is another Christmas gift from last year and it’s way more fun than I could have imagined. Did you grow up playing The Oregon Trail Game on the computer in the 80’s/90’s? It’s certainly not a requirement for enjoying the game, but you’ll appreciate it that much more if you did. This is a Target exclusive game, so you can’t order it from Amazon, but it’s worth a trip into the store. It’s a cooperative game in which you just try to survive. And honestly, just like the computer game, most of the time we all die, but that makes the rare victory that much sweeter. 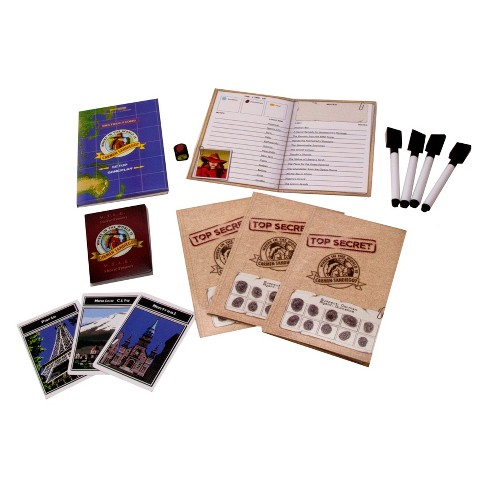 Where in the World is Carmen Sandiego?

This is another Target exclusive and a throwback to my 90’s childhood. Just like the old tv show/computer game, you’re trying to find Carmen Sandiego and the priceless artifact she’s stolen. It’s a game of deduction and it’s really quite fun! 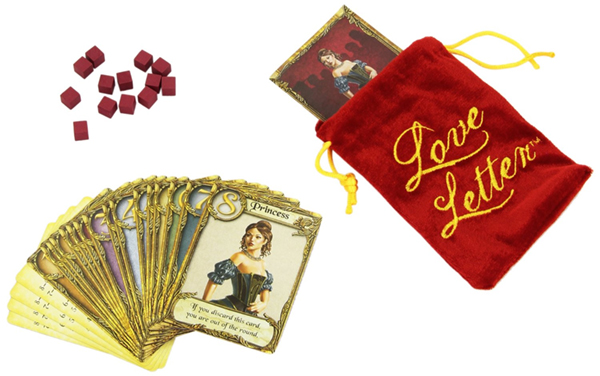 This is another that I have been known to suggest of my own volition. It’s really fun! The Princess of Tempest has many suitors, but she has locked herself in the palace. The goal is to get a love letter to her while deflecting letters from competing suitors. A game of deduction, luck, and risk. It’s also super quick to play (are you sensing a theme here?) 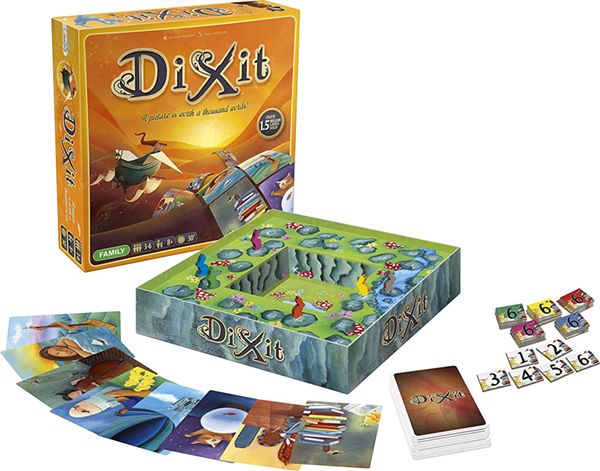 This is one of the longer family games on this list (about 30 minutes play time), but it’s a really fun storytelling game. I love that this game is different every time you play and it’s fun for a wide range of ages. 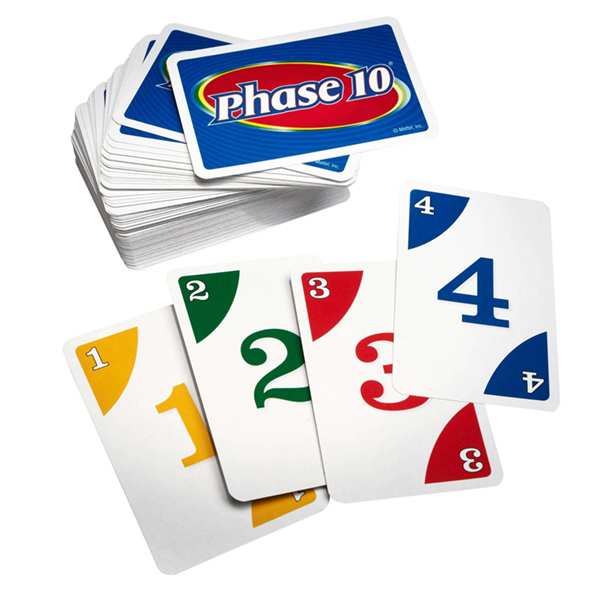 I know this one seems kind of boring, but it’s the only game on this list that I will ALWAYS say yes to playing. It’s probably my favorite game, which I’m sure says something about me. But, my kids like it too, even if it’s not their favorite. It’s a rummy-type card game and as far as card games go, it’s really quite fun and just the right amount of challenging. 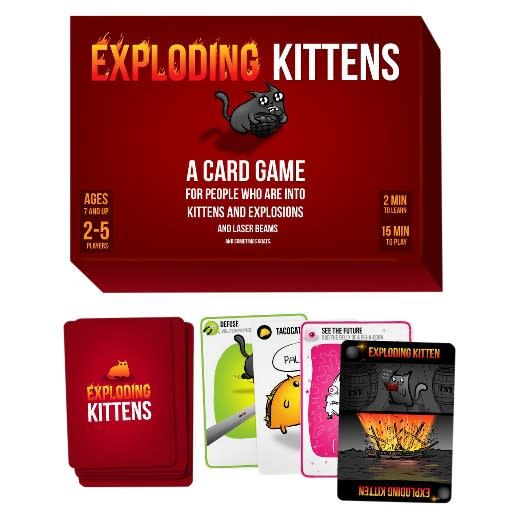 My kids LOVE this game. My siblings LOVE this game. I’m just lukewarm about it. But, the majority rules around here when it comes to games. I will say this though, you are guaranteed to laugh a lot while playing this game. The package says this is a game for “people who are into kittens and explosions and laser beams and sometimes goats,” if that helps. 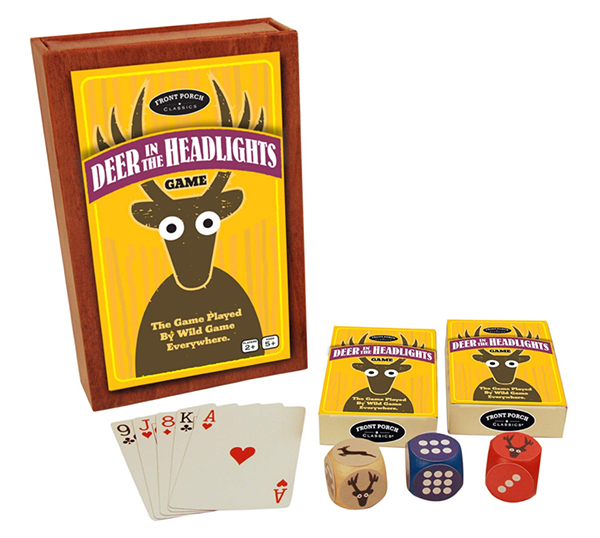 Deer in the Headlights

Another fun card/dice game that I don’t mind saying yes to. You’re trying to get rid of your hand of cards first and it’s fun and fast. 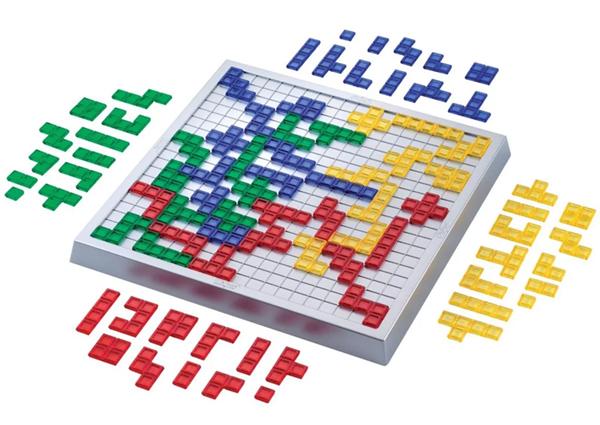 This is a recent favorite at our house. It’s a strategy game that I actually enjoy too! Each player has 21 pieces that they’re trying to put on the board, but every piece has to touch a piece of the same color, but only at the corners. It’s tricky but very satisfying. Even my 4 year old enjoys this one. 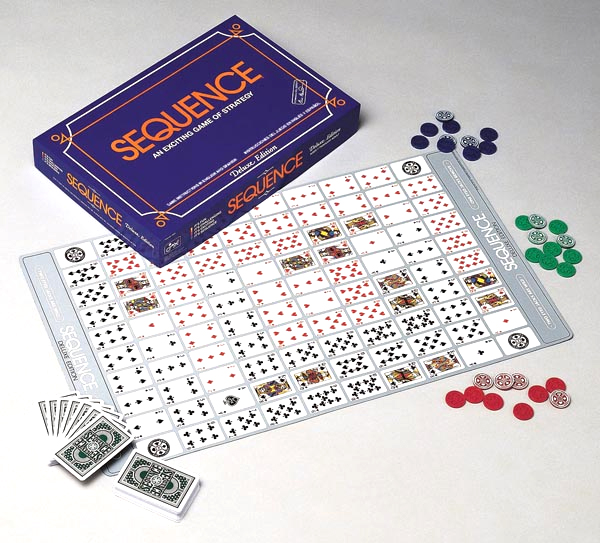 We enjoy both Sequence and Sequence for Kids (which is a letter game). The cards in your hand correspond to spaces on the board. You play a card and place a chip on the corresponding space on the board. When you have 5 in a row, you have a sequence. 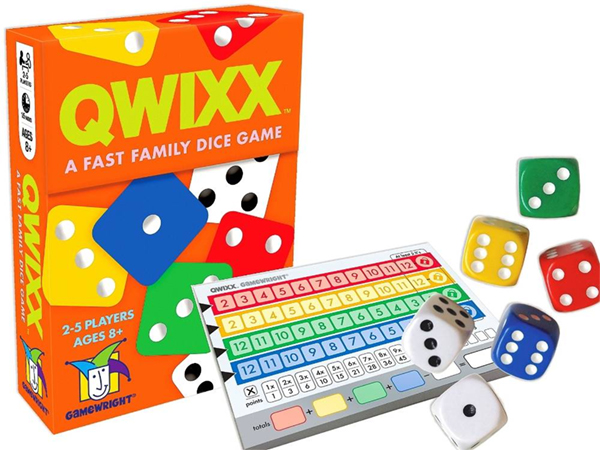 Kind of like Yahtzee, but better. I really like this one! And last month, both of my brothers were visiting and they brought Qwixx Deluxe, which they talked everyone into playing at least 15 times in over the course of three days. Super fun! 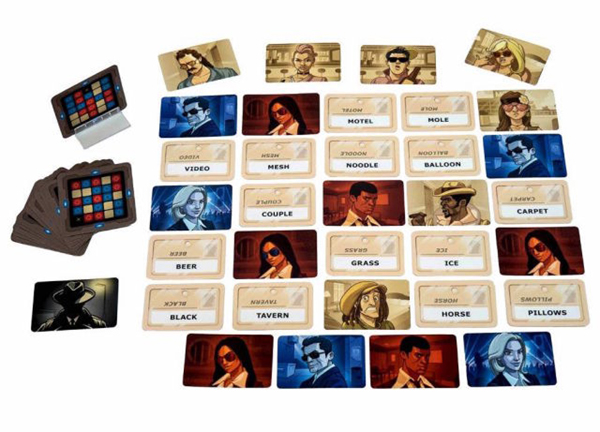 This one is better for older kids/teens and adults. It’s a social word game – and I do love word games. It’s a great party game! 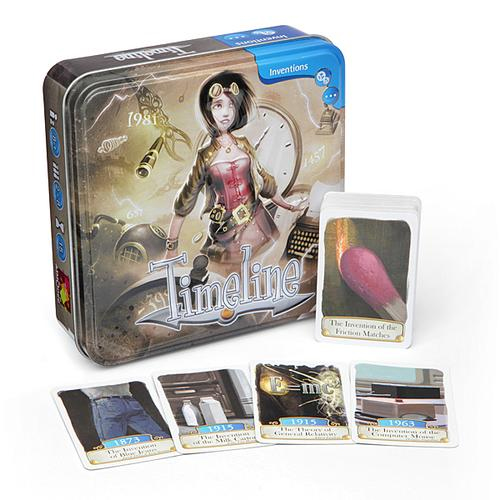 These are some of my kids most favorite games. We have the history ones and inventions (I’m having a hard time finding the exact ones we have on Amazon, so I’m just linking to similar sets). You have to place the cards in order of when they occurred or were invented without looking at the dates. It involves some amount of guesswork and deduction, but it’s amazing how much better you get at placing things in history the more often you play this game. It’s another super quick one. 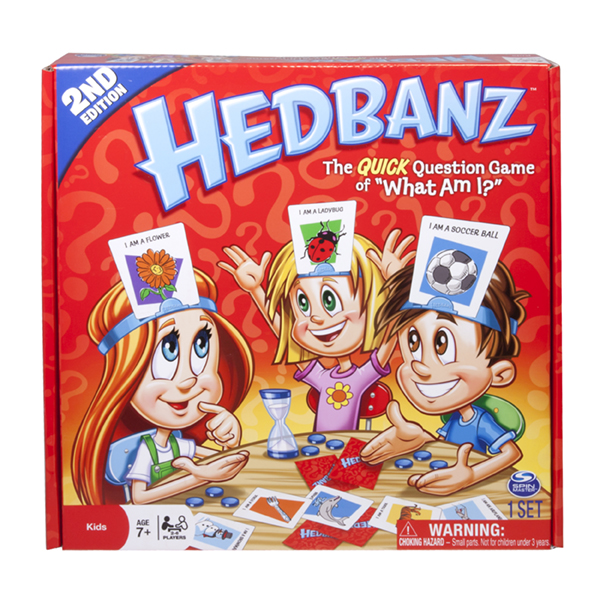 This game exasperates me and is the only one I don’t really play with the kids. That being said, they LOVE playing this one on their own. It’s a guessing game and it has them dissolving in giggles the whole time. 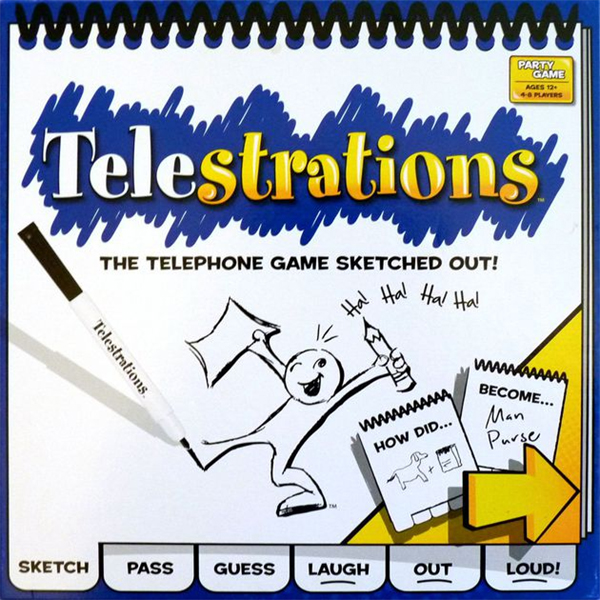 This is like the old telephone game where you whisper a secret through a chain of people and the original message gets so garbled by the end that everyone will laugh. It’s like that, but with drawings. You WILL laugh a lot when you play this game. It’s a great party game as well as one of the more fun family games.

What are your favorite family games? I’m always looking for more! 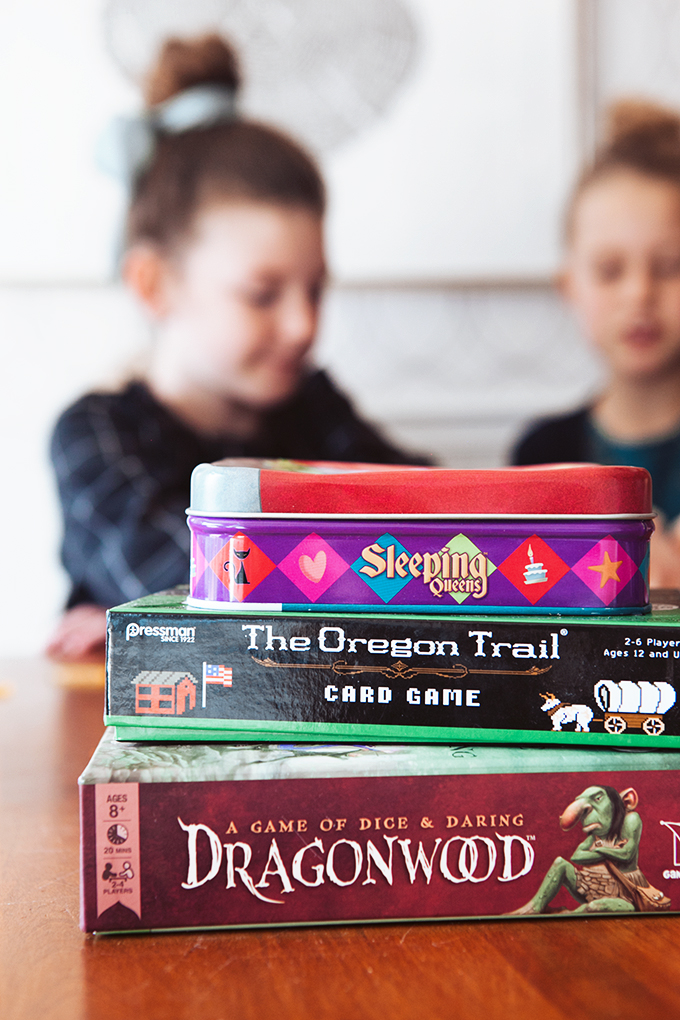 These are fantastic Read Aloud Books for Fourth Grade (ages 9 and 10). Reading aloud to 4th graders can help them get excited about books, as well as ...