The King of Kindergarten by Derrick Barnes and Vanessa Brantley-Newton is such a great picture book to help prepare a child for kindergarten! 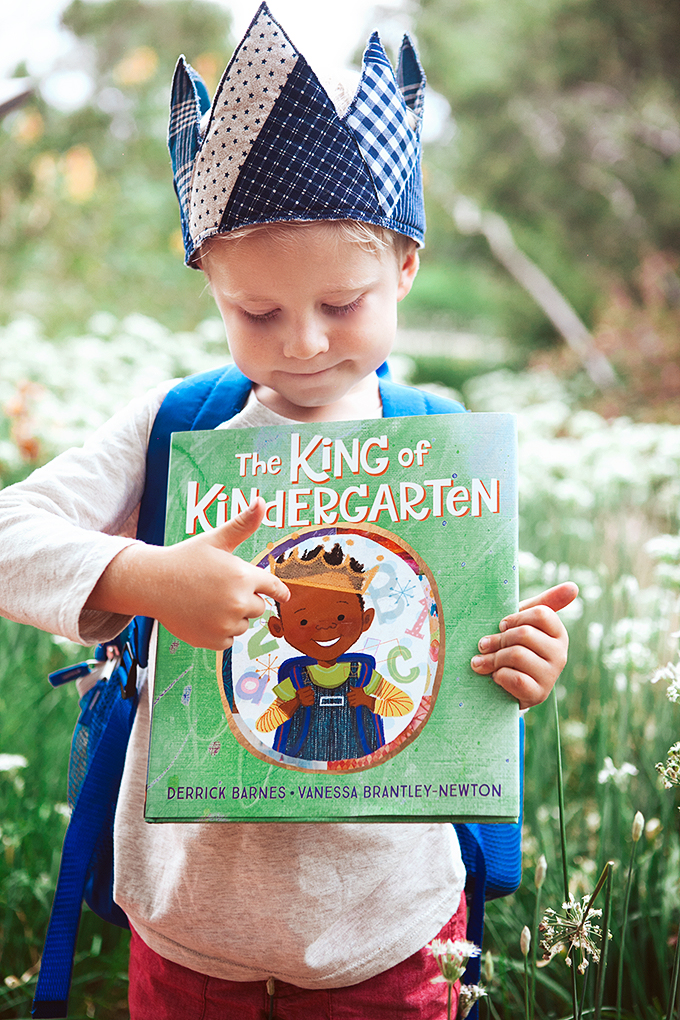 After more than thirteen years of having a baby and/or young child at home with me, my last baby started kindergarten yesterday! It’s equal parts exhilarating and devastating.

I’m sure that I will settle into a new routine and I’m looking forward to having all those child-free hours during the day to work and write and pursue projects I’ve been thinking about for years. But, it’s also the end of an era . . . an era of mothering that I loved and I am mourning its end.

There were so many times during those days as a stay-at-home mother of toddlers and babies that I dreamed of a future with hours to myself. Mothering small children is hard.

Now that the day has finally arrived though, I can only remember all the joy and sweetness of those days spent caring for my little ones. All those mornings cuddled up with a toddler on my lap and a book in hand, all those afternoons spent playing “puppy in the mail,” and the sounds of laughter and little footsteps running down the hall as constant background noise.

There are so many things I never realized I’d be missing when I dreamed about everyone growing up: holding their little chubby hands in mine, the weight of a child on my lap, pressing my chin into the top of their head when I held them, listening to their breath wind down as they fell asleep in my arms.

It goes by so fast. Too fast. 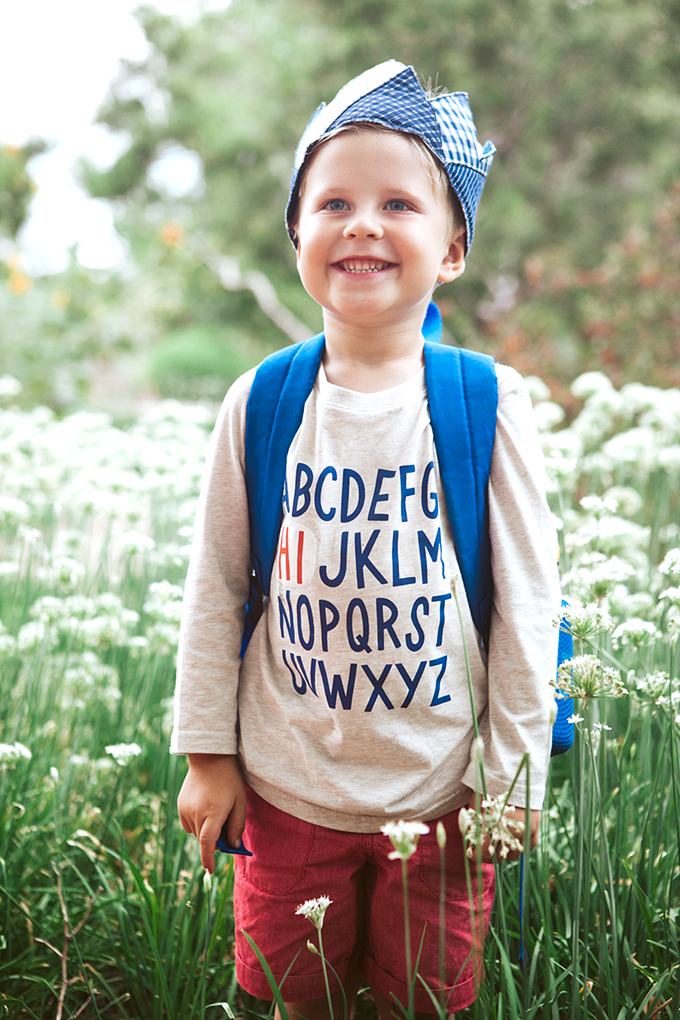 Just a few months ago, Rory went through a really clingy phase where he was suddenly afraid of everything. He wouldn’t stay in a room without me, or even walk down the hall to the bathroom by himself. When I would encourage him to do things on his own, he would cry and say, “I just want to be with Mommy.”

After about a month of this, day in and day out, I thought I was going to lose my mind.

Yesterday, when I picked Rory up from his first day of kindergarten he announced: “Kindergarten is great! And I didn’t even miss you at all!” And then I cried.

I know this is the goal – teaching them to be independent kids who can grow up to be independent adults – but dear heavens, it’s hard sometimes. Right now, I’d give just about anything to hear any one of my four kids say, “I just want to be with Mommy.”

But, while I’m an emotional wreck over here, what I really want to tell you about is how this wonderful book, The King of Kindergarten, helped prepare my sweet boy for the big day this week. (Somebody, please write the mom-equivalent ASAP!) 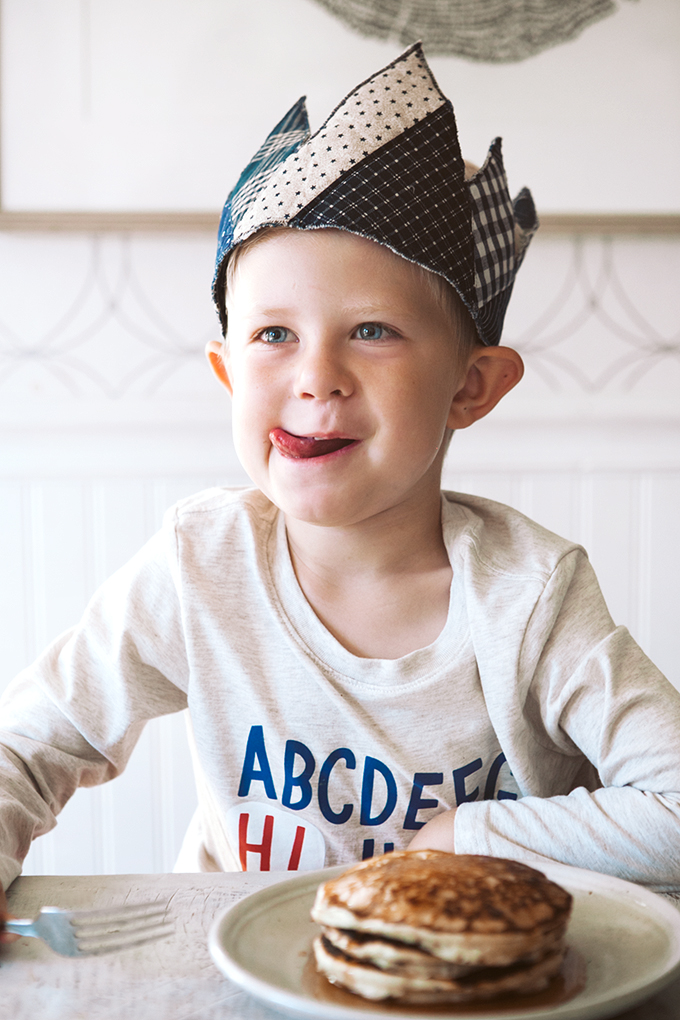 The King of Kindergarten

We read the book all week long before he started and used it to discuss how the big day was going to go. Rory paid close attention and when the first-day-of school arrived, he woke up, got dressed, and then announced that he was ready for his tower of pancakes . . . just like the book. I, of course, obliged.

The book covers just about everything you’d want your kindergartener to know about the first day. 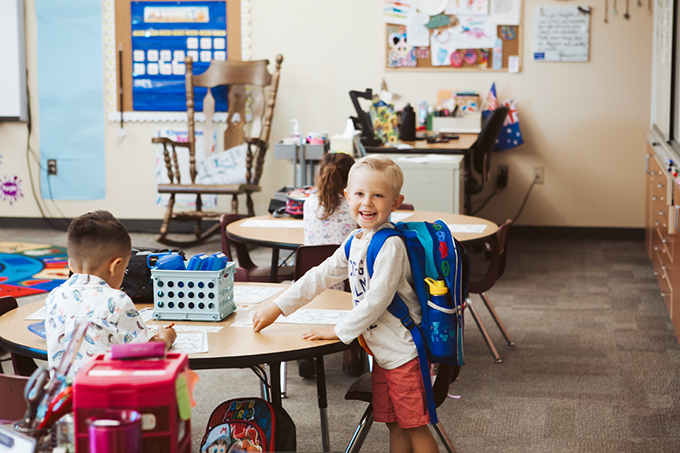 On Monday we went to meet the teachers and check out the kindergarten classroom a few days before school started. That night, when we read The King of Kindergarten at bedtime, Rory pointed out that the classroom in the book had the same tables and chairs as his school classroom. Then he exclaimed, “I really am going to be the king of kindergarten!”

It was fun to see him getting excited about kindergarten and to see how much more prepared he felt after reading the book and talking about it.

On the first day of school, Rory wore his crown on the way to school as an extra confidence booster and, although we left the crown in the car, he marched into his first day just like a king. 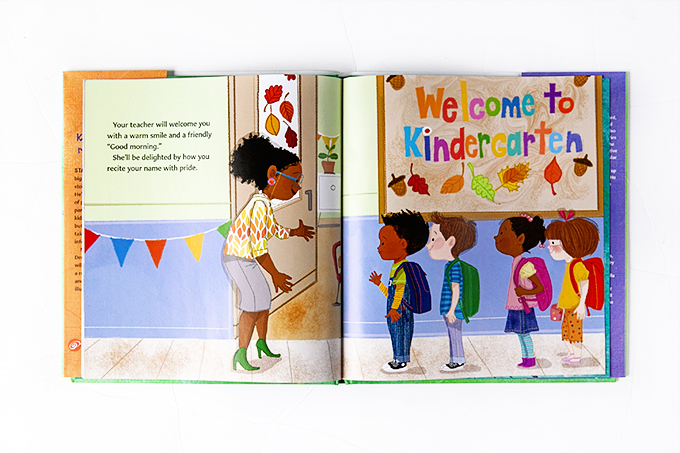 I wanted to clarify a few things about the book. First, while the little boy in the book feels like the king of kindergarten, it isn’t presented in a king vs. his subjects kind of way. In fact, the main character recognizes other kids as kindergarten “royalty” too. The “king” designation is more of a confidence thing.

Also, this isn’t just a book for boys. There are girls in the book too and you can easily point them out as Queens of Kindergarten. I do think reading this story would be just as helpful for a girl heading into kindergarten. 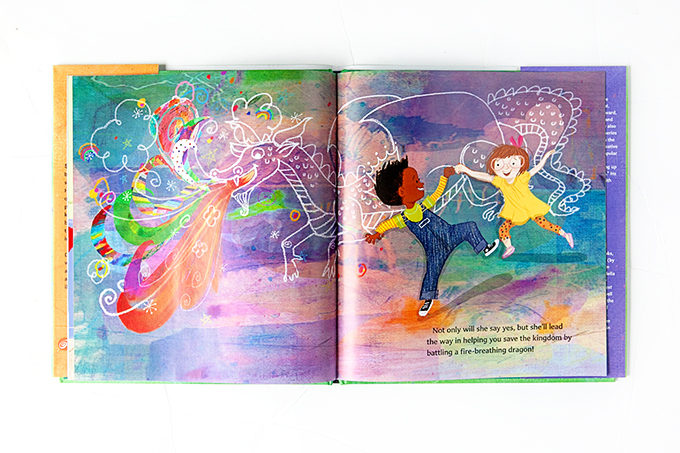 I especially like that the emphasis of this book is on how exciting kindergarten is. I know that there are a lot of well meaning books that talk about being nervous for the first day of school, but I didn’t want to read a book to my child that would put any negative ideas at all into his mind about school.

If you have a child heading into kindergarten, I highly recommend this book. The story is sweet and so fun to read. The pictures are colorful and make kindergarten look like an inviting place to be. My little kindergartener is a huge fan and even though we already made it past the first day, I think this will be in the regular bedtime rotation for a longtime yet.

You can find the book here on Amazon. 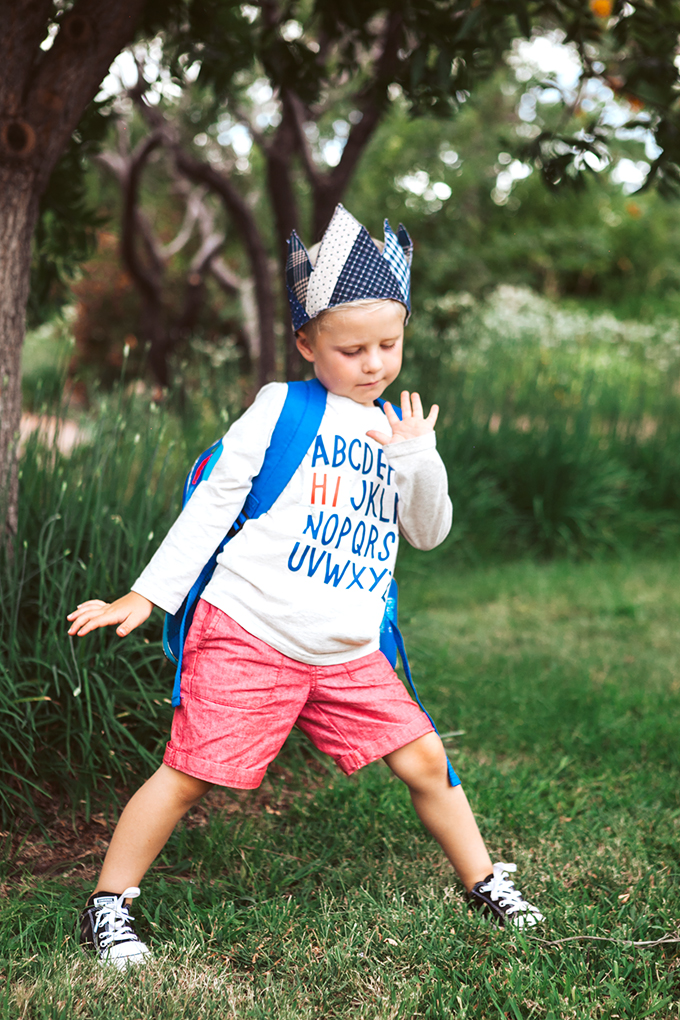