Hi and Welcome! I’m Allison, creator and author of Some the Wiser, my little corner of the web. 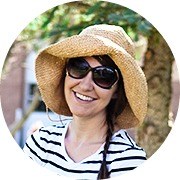 Nearly five years ago I was thrown into the world of single parenting. When my husband walked out, I had a three year old and a one year old, and was pregnant with a third child – all girls. I hadn’t seen it coming at all.

Due to serious pregnancy complications, I was on strict bed rest when my world fell apart. For months, I could do nothing but lay in bed as my life shattered around me. I was broken and alone, an utter failure and a hopeless mess.

However, as I began to stumble back to my feet, I discovered parts of myself I never knew existed. I was stronger than I knew. I was braver than I could have imagined. I was more capable than I realized. I discovered how to be the mother my kids deserved, even though I had to do it on my own. 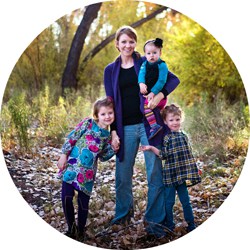 Life as a single mother tested every part of me, but I learned that when things fall apart the only thing to do is put them back together. So, I put aside the heartbreak and the disappointment and I fell in love with being a mom. I put my whole heart into taking care of my sweet girls and reassuring them that I was up to the job. I was working on becoming some the wiser, despite the trials in my wake.

And then everything fell apart. Again.

A year ago, I got remarried. I thought it was a really good thing.

Just a few months in to my second marriage, I realized that my hopes for an honest and loving relationship had already been crushed. Ending the marriage was the safest thing for me and my kids. It was the right thing to do, but it has been painful and humiliating and hard in ways I couldn’t have predicted. 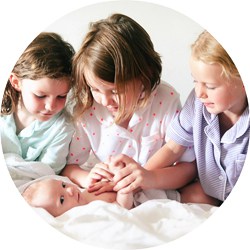 So here I am, a single mother twice over to three amazing daughters (eight, six, and four years old) and my sweet son who was born May 2014. It’s an incredible responsibility and an overwhelming challenge. It’s also the most important thing I will ever do.

That’s why I’m here. I’m here because failing at something this important isn’t really an option, so I’m going to make it work on purpose. I’m going to be strong, and brave, and happy. I’m going to live life deliberately.

And one of these days, I’m hoping I’ll also be some the wiser.

To read more about why I blog, and why this is a food blog, click here.