These are our Favorite Preschool Games for Kids that grownups and older kids won’t hate playing too. There are no boring games on this list! 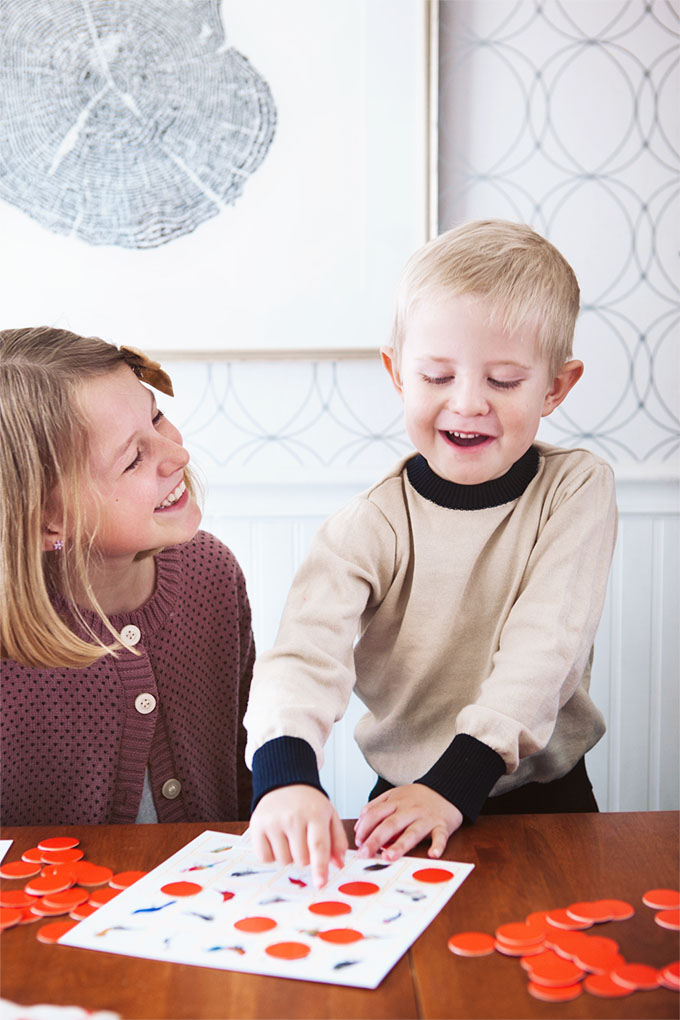 We’ve finally reached the stage in our family where we can play games together and no one tries to swallow the pieces. Hooray! It feels like a big milestone.

Luckily Rory, the youngest in the house, loves games as much as his older sisters. They’re sweet with him and will let him be on their “team” whenever they play games that are too advanced for a four year old. They let him roll the dice or lay down the cards and he feels like he’s really playing.

But, we also have plenty of games that he can play all on his own. And since I don’t really go in for obnoxious games like Candy Land, no one really minds playing the preschool games for kids with him. 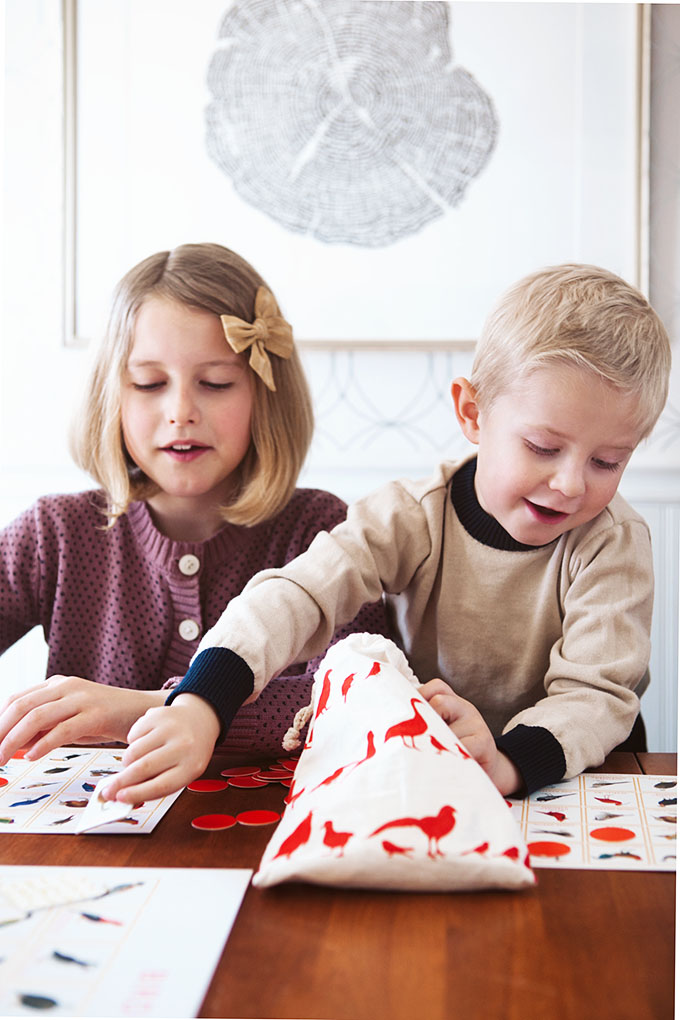 We really have found the best preschool games for kids! These are games that the whole family can play and have just as much fun as the preschooler.

These preschool games for kids are simple enough for a preschooler or toddler to catch on quickly and stay engaged. They’re also not mind numbing for game players over the age of 5, which is key for me!

Our Favorite Preschool Games for Kids 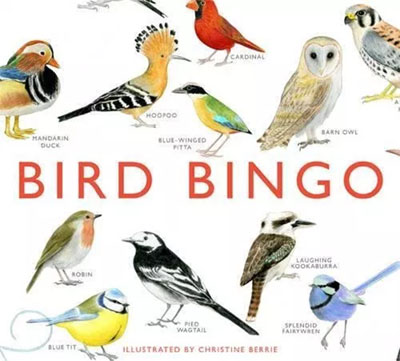 This is a gorgeous game! Beautiful illustrations, thick and sturdy cards and boards, and a screen printed fabric bag. There’s a little bit of a challenge for non-readers but matching up the pictures has become my preschooler’s favorite part. Rory knows and recognizes so many birds now thanks to this game.

We’re bird lovers here, but there’s also a bug version of this game if that’s more appealing to your preschooler. 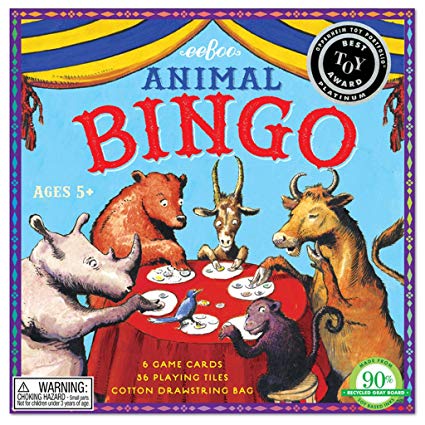 This one is definitely easier than Bird Bingo, but just as fun. This game has been a favorite for all 4 of my kids. You can play a round quickly, which is something I always appreciate when I’m playing kid games. 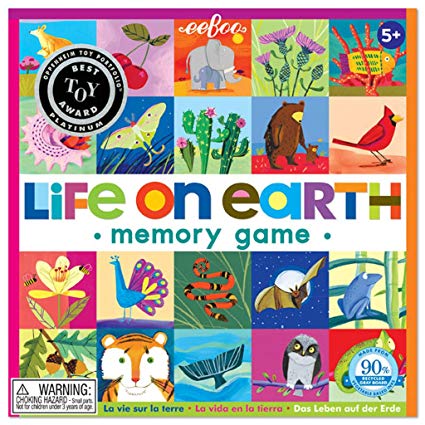 This has been Rory’s favorite game for over a year now. We have several different versions so that the rest of us don’t get bored (ha!). It’s been fun to watch him improve at this game and learn to use his memory better.

Our favorite memory games are Life on Earth and I Never Forget a Face – thanks to this game, all four of my kids know a little something about places like Myanmar and Haiti! It’s a great way to start a dialogue about different countries around the world. If you think this isn’t a preschool game for kids, check again! A few weeks ago Rory (four years old) declared this his new favorite game – to which we all breathed a little sigh of relief because we’ve played so very many rounds of memory with him. 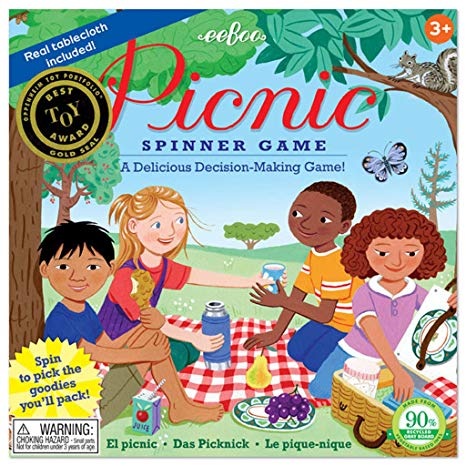 This is another simple, fun game that has been a favorite preschool game for all four of my kids over the years. My kids have all loved the pretend aspect to the game – laying out the real table cloth and filling their plates with pretend food. 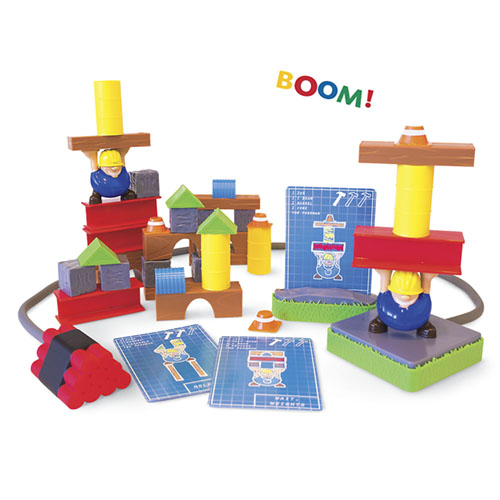 No batteries, but you still get to blow stuff up – it’s a game my 4 year old loves! There’s an educational aspect to it – you have cards with shapes on them that you have to match as you build. But, let’s be honest, the best part is the dynamite. 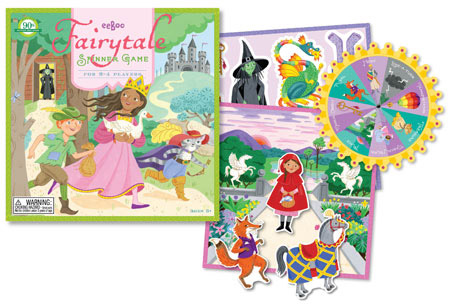 Admittedly this is one I don’t love to play – I’m really not imaginative enough. However, my kids LOVE playing this one all on their own.

There are seven categories in this game: the scene, the hero, the magical helper, the rival, the magical object, a form of transportation, and the treasure. You use a spinner to collect an item from each category. When you have all seven, you make up a story using the different elements. It’s very clever. 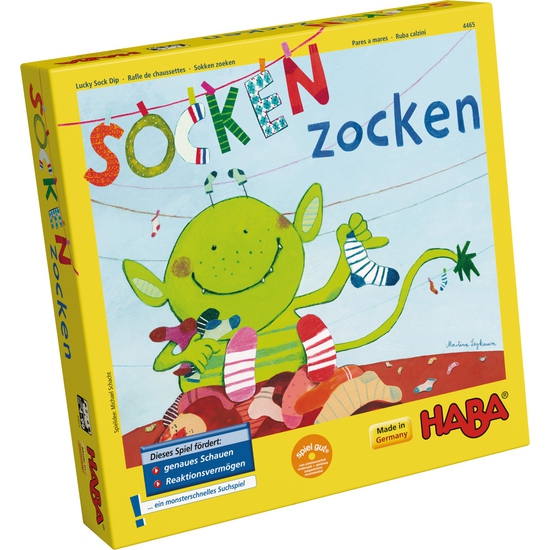 This is another type of memory game, but instead of cards, you have a pile of little socks and wooden clothespins that you’re trying to match up. Very fun! 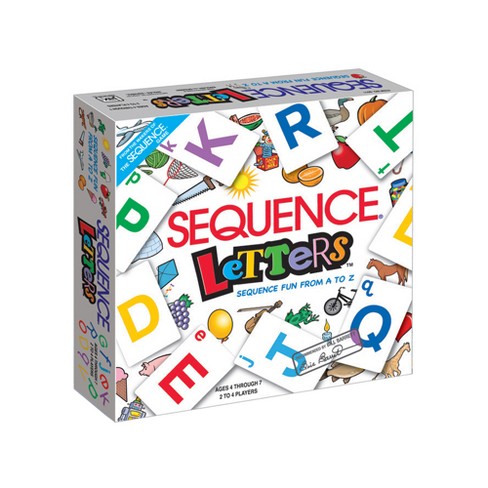 When your preschooler starts learning their ABC’s, this is such a fun game. Just like sequence for adults, but with letters and pictures for kids. 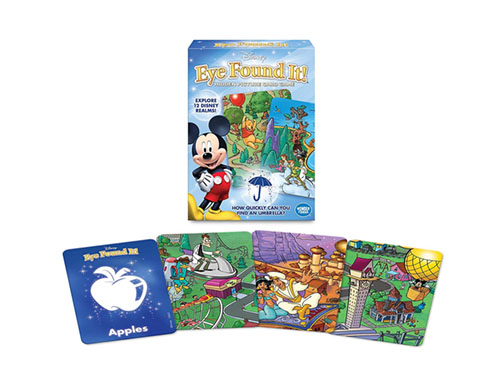 This simple card game is a perfect on-the-go game – keep it in your bag or in the car for when you need to entertain quickly in waiting rooms or carpool lines. (There is a board game version of this, but we haven’t played it.) 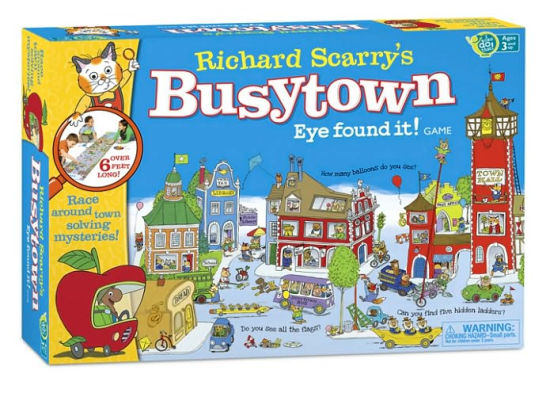 Did I sell you with Richard Scarry? This cooperative game is one of our very favorite preschool games for kids. It’s easy to play, tons of fun, and I adore all of Richard Scarry’s illustrations. You can start this one around 2 or 3 years old.

What are your favorite (not boring for grown-ups) preschool games for kids? I’d love to have a few more in our game closet!

If you enjoyed this list of our Favorite Preschool Games for Kids, you may also like these posts too: