For only $9.99 a month, Netflix is helping me to uncover my hidden self and analyze my psyche.  When I signed in the other day, Netflix had something to say to me.  Based on my viewing history and interests, Netflix told me that it had created a new category for me: Romantic British Period Pieces Featuring a Strong Female Lead. 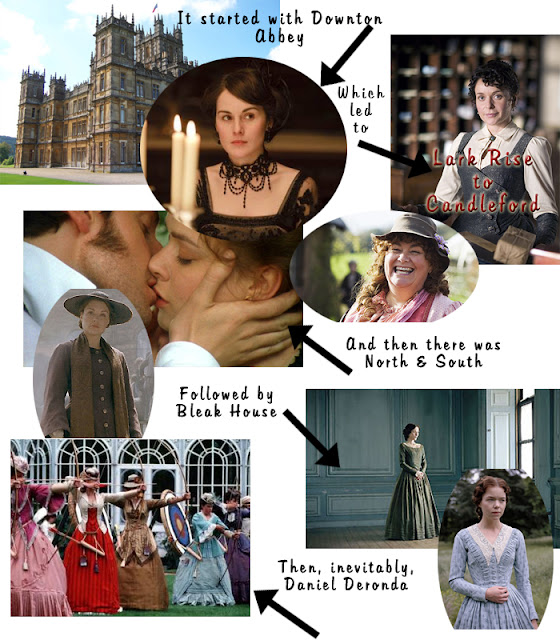 And this isn’t the end either.  I still have Wives and Daughters, then South Riding, and I am looking forward to Cranford and Our Mutual Friend.  If I try hard enough, I may even be able to add a few more titles to this list and keep it going for a while longer.

Aside from the fact that I am crazy, and perhaps watch too many shows on the internet late at night, I think Netflix has given me a bit of wisdom here:

Thank you Netflix.  I look forward to our next session.  I feel like I am making a lot of progress.

Have you watched anything really good lately?  Does Netflix make good viewing categories for you too?