Sometimes things don’t go as planned.  This could be my family’s everyday mantra.

This weekend all the stars aligned, as they so rarely do, and all of my siblings, their families, and my parents ended up in the same place at the same time, which could only mean one thing:  Family Picture Time!  And since I am by profession a photographer, the task of capturing this large and unruly bunch fell to me.

To say that it didn’t go as planned is a serious understatement.  It was more of a Murphy kind of day: anything that can go wrong will go wrong – and everything did. 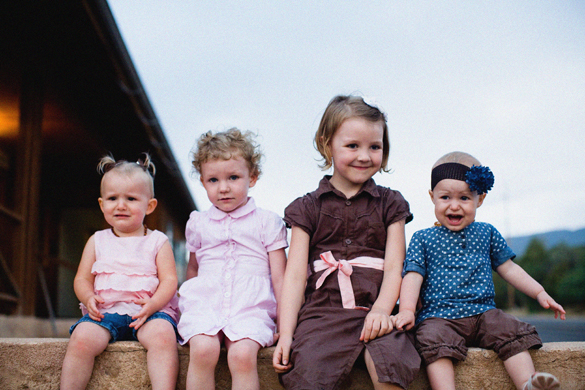 I knew it wasn’t going to be easy taking pictures of my own family, especially when I was supposed to be in the photos too, so I planned carefully.  I picked one of my favorite locations and we planned to be there during the best shooting hours – those two golden hours before sunset.  I had my good tripod, a wireless shutter remote, and a plan for wrangling the whole group into some nice looking arrangements.  We spent the entire day getting everyone ready and dressed.

It was at this point that I started muttering things about the best laid plans of mice and . . .

We made the 40 minute drive around the mountains only to find that the road into the area we planned to go was closed.  And it wasn’t just closed, it was being guarded.  My favorite location wasn’t happening. 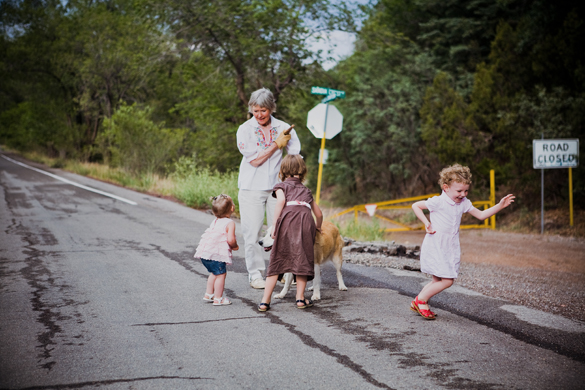 As we were standing around wondering what would happen next, we met a nice lady walking her dog who stopped to chat.  During our friendly chat I realized that there were some nice looking rocks at the roadblock and maybe I could make it work.  It wasn’t ideal, and there was a fireman staring at us the whole time, but darn’it we really wanted some family photos.

We got set up – which, with 9 adults and four small children, was a formidable task I might add.  I started to shoot.   And then . . . 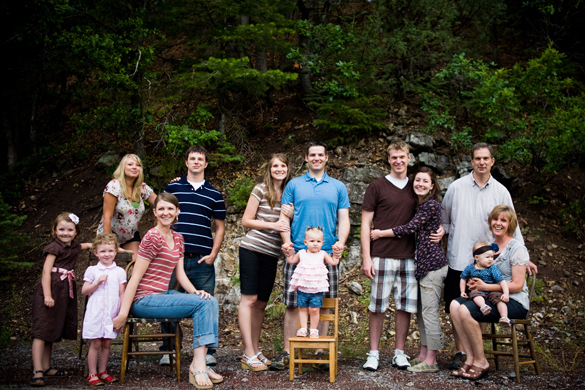 It started to rain.  Let me say that again:  It started to rain.  It hasn’t rained all summer.  There are forest fires plaguing the surrounding areas.  Everything is brown.  We’ve been praying for rain for months to no avail.  And then there it was.  Rain.  Huge black clouds and Rain.

We laughed, because what else can you do.  Then we packed it all up and got back in our cars and headed back around the mountain.

But as we dropped in altitude just a bit, I noticed that it was only sprinkling.  Sometimes you’ve got to take what you can get. I swerved into the first decent small-town side of the road building I could see and convinced everyone that if we hurried, maybe we could still get a few pictures. 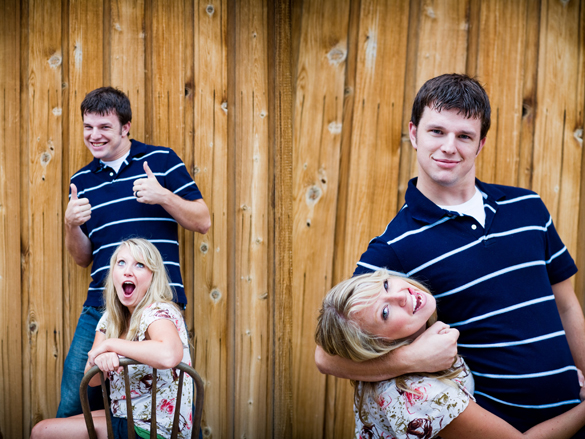 So outside of an old real estate building on the side of the highway, we unloaded and I snapped some pictures.  Nobobdy listened to me much, because I am just the sister/daughter/in-law/mommy/auntie after all.  The pictures were rushed, the light was fading, the kids were all crying and trying to run into oncoming traffic, the damp ruined everyone’s hair and makeup, and the whole set up was a mess.

But it was fun. 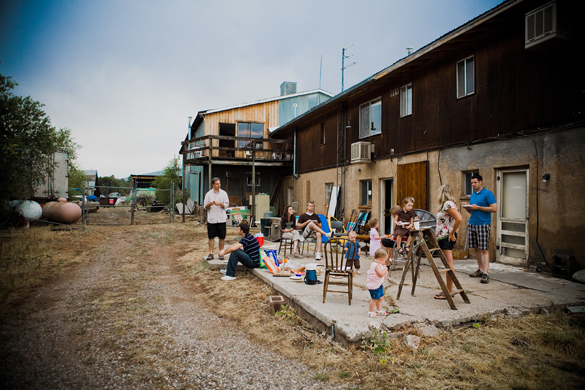 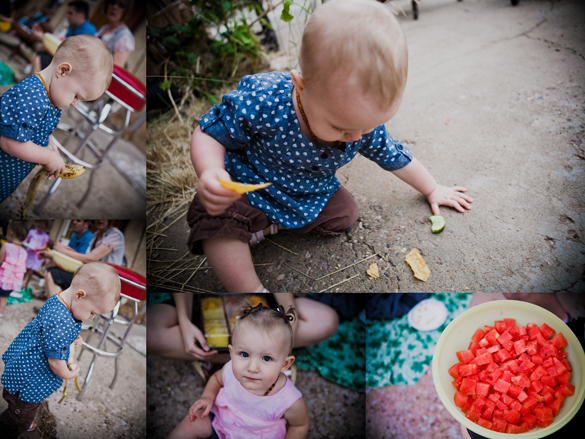 And the best part is that once we all realized that there were no plans anymore, things worked out in their own funny ways.  The owner of the random building we stopped at came out to see our crazy mess and laugh with us.  Then she invited us behind the building where we proceeded to have a picnic, made more comfortable after she brought us chairs and blankets and ponchos and oilcloth.  We tried one last time to get the four little ones to hold kind-of-still and smile look at the camera.  It didn’t work. 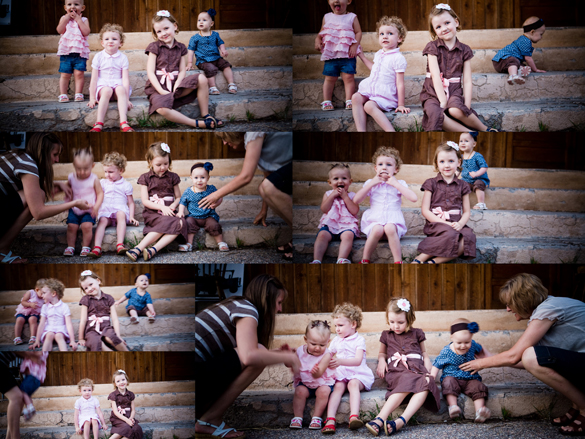 Then we gave up and ate watermelon and laughed about how we ended up in a such a strange place all together. 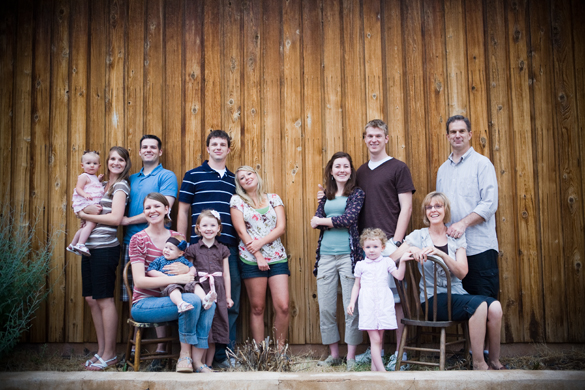 The pictures aren’t the best.  The memories will be treasures.

Has this ever happened to you?
Have you ever had your plans go awry only to find that the unexpected
is more fun than you could ever have planned? ﻿ 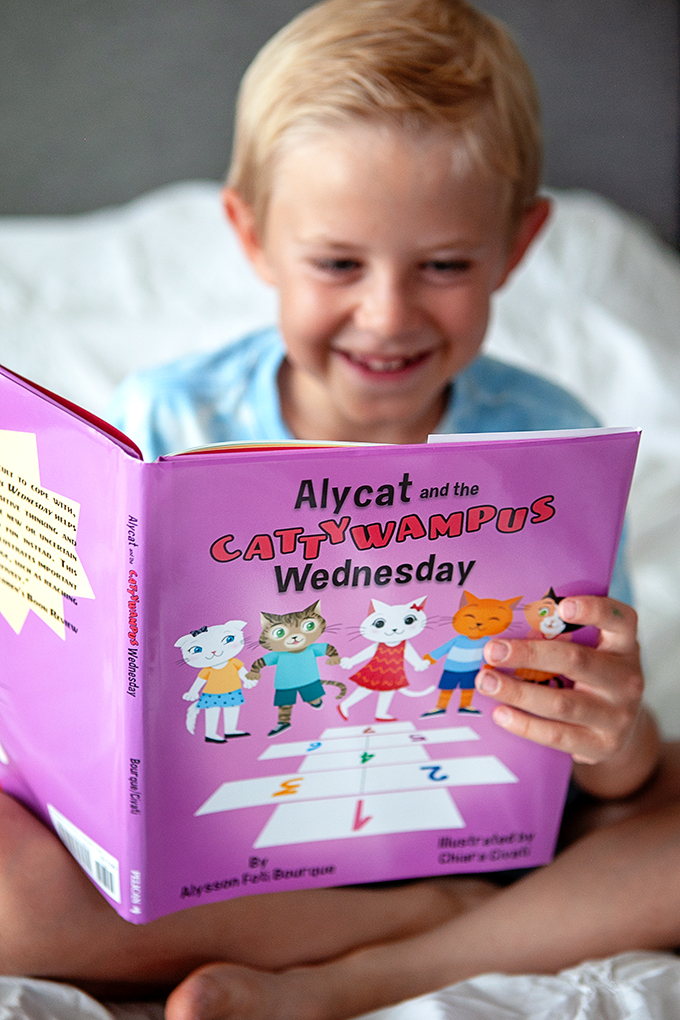 A review of Alycat and the Cattywampus Wednesday, a cute new picture book by Alysson Foti Bourque about coping with change and using a positive ...