In 2012 I challenged myself to read One Hundred books.  I didn’t quite reach my goal, making it through only Eighty books in 2012.  Still, I am proud of myself for making time to read, which really means making time for myself and a little self-nourishment at the end of every day. 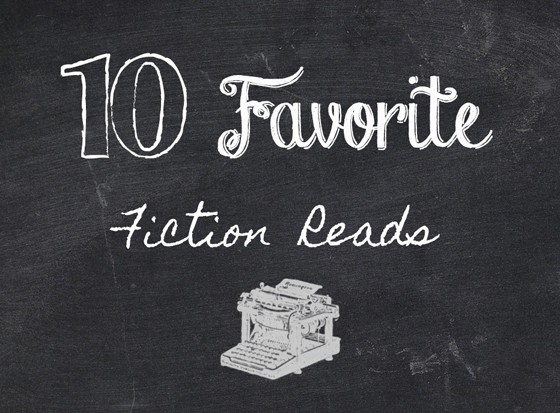 Since I pick most of the books I read based on recommendations from friends and bloggers, I want to share a few of my favorite reads from 2012 with you here.  Today, I’m sharing My Favorite Adult Fiction Reads from 2012.   I will follow up with my Favorite Classics, Non-Fiction, and Young Adult Reads from 2012 throughout the next week.   For the full list of Books I Read in 2012, check out my Goodreads page.

This National Book Award Finalist was probably my favorite book in 2012.  Spanning most of the 20th Century, this book tells the story of Agnes DeWitt, a former nun who successfully disguises herself as a man and serves as a priest on a North Dakota Indian Reservation.  It is a beautifully written story of miracles and faith, love and grace.

I’ve been a Kingsolver fan for a long time and this book, her most recent, does not disappoint! Joining Dellarobia Turnbow in her southern Applachian community, we encounter both the startling effects of climate change and the inner conflict of an unhappy woman contemplating an extramarital affair.  The book is a testament to nature, both human and environmental, and the beauty that struggles to survive during the most harsh conditions.

The White Queen || by Phillipa Gregory

This piece of Historical Fiction is the first book in Gregory’s series The Cousin Wars, which are set during the War of the Roses in England.  Elizabeth Woodville, the White Queen, secretly marries the King of England and then fights for her right to the throne. Full of intrigue, romance, and mystery this book will keep you on the edge of your seat while also providing a well researched look into this period of British history.

The Red Queen || by Philippa Gregory

Because I enjoyed the first book in the Cousin Wars so much, I moved right along to the second book in the series. This tale of historical fiction follows the life of Margaret Beaufort who believes in her family’s divine right to rule England, despite a number of tragic setbacks. A mother at 14 and a widow shortly thereafter, Margaret fights her way through secret plots, unexpected treachery, and a life of lonely misunderstanding. Thrilling to the end.

Being a big fan of Krauss, I delved into this book with high expectations and I was thoroughly satisfied by the end.  Told in a series of short stories nested together, this National Book Award Finalist, follows a piece of furniture, a large and mysterious desk, through many years and many homes.  From the Spanish Civil War to Nazi Germany to the home of an American novelist, this desk becomes part of a beautiful and haunting story of loss and memory, grief and love.

A Thousand Acres || by Jane Smiley

When a successful Iowa farmer decides to divide his thousand acres between his three daughters, the youngest daughter objects. Her objection eventually leads to everyone’s demise and the revelation of dark secrets and long buried emotions. Confronting themes of truth, abuse, pride, and justice, this Pulitzer Prize winning book is a deeply moving re-imagining of Shakespeare’s King Lear.

Just to give fair warning, this book is beautiful but tragic. Hinting at the tragedy from the beginning, this book follows Kathy, Ruth, and Tommy through their years as “special” students at a mysterious English boarding school.  From unexpected origins towards an unbelievable destiny, these three characters discover why their shared past is so important, why they are shunned by the rest of the world, and why they are both expendable and crucial.  With elements of science fiction, this brilliant work of characterization is a really good read.

Year of Wonders || by Geraldine Brooks

In this piece of Historical Fiction, housemaid Anna Frith tells the story of the plague in her small isolated village outside of London in 1666.  With the entire town quarantined, every household faces the threat of death, accusations of witch craft, and the complete disintegration of their community and life as they knew it. Ultimately triumphant, Frith is a remarkable heroine and admirable character in this compelling tale of history.

Different than any other book I’ve ever read, this clever novel is told through six loosely related stories that take you from the 19th century South Pacific to a post apocolyptic science fiction future.  Each story leaves off at a crucial point and moves into the next seemingly unrelated story.  By the end of the book, the reader has been transported back to the beginning where everything finally makes sense.  A clever look at how fates intertwine and souls drift like clouds across the landscape.

The People’s Act of Love || by James Meek

Set during a time of social upheaval and war in Siberia, this is a remarkable novel about the Russian Revolution.  In a forgotten town populated by an extreme sect of castrated Christians, this book explores the revolution and its ideals, the nature of love and duty, and issues of morality and power.  This book is a suspenseful page turner as well as a deeply thought provoking work.

What good books did you read in 2012?  I’d love more recommendations.