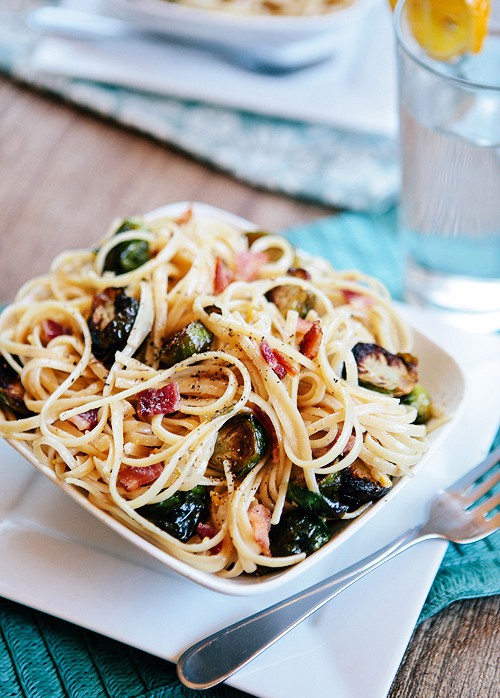 One of my food goals this year is to eat more vegetables.  It isn’t so much that I don’t like vegetables, because I do enjoy all of the vegetables I eat.  The problem is that I don’t include enough variety in my vegetable choices.  I love spinach, cauliflower, broccoli, and bell peppers, but I rarely venture beyond these common vegetable varieties. 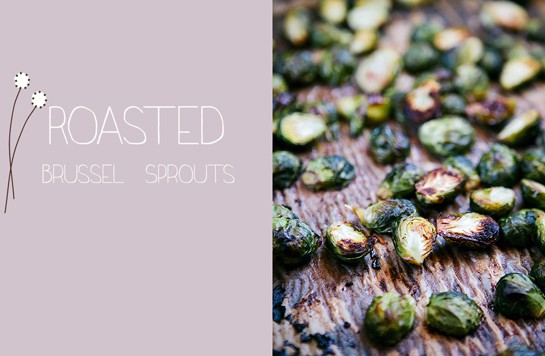 These particular sprouts were oven roasted in a bit of bacon grease, so of course they tasted almost like candy.  Even my littlest one was picking them off the pan and popping them in her mouth almost faster than I could deposit them in the pasta.  That being said, Brussels Sprouts are still good even when they are pan seared or oven roasted with just a bit of butter or olive oil.  (I haven’t tried them boiled, but I fear that may be how they came by their bad reputation so I’ll probably stick with roasting for now). 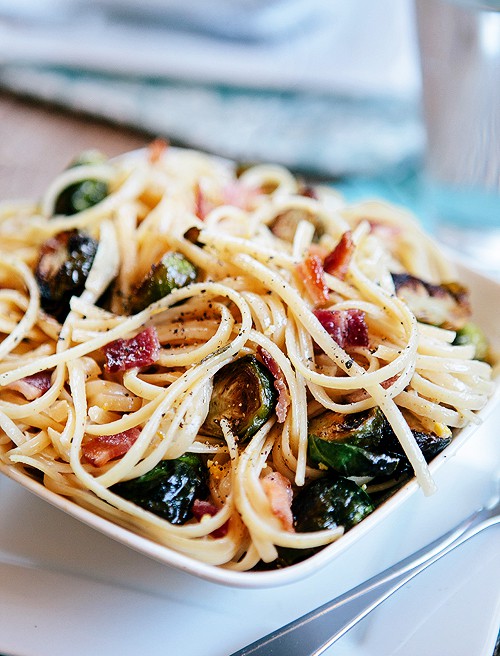 So far, I feel like the year is off to a good start.  I’ve been trying to incorporate more chard and more kale into our meals and I’ve met with a lot of success.  I am also feeling really good about branching out to try new-to-me vegetables like Brussels Sprouts.  After my good experience with Brussels Sprouts, I think I may be ready for Turnips, Bok Choy, and maybe even Kohlrabi.

In a large pot of salted, boiling water, cook pasta according to package instructions.  Reserve 1/2 cup pasta water; drain pasta and return to pot.
Heat oven to 425 degrees Fahrenheit.  Line a large baking sheet with parchment paper.  Place bacon on parchment paper, making sure to space evenly, and bake for 15 minutes or until bacon has reached desired crispness.  Using metal tongs, carefully remove hot bacon from baking sheet and place on a paper towel to absorb excess oil.  Set aside.
Reduce oven heat to 400 degrees Fahrenheit.  Using the same baking sheet and parchment paper from the bacon, place halved Brussels Sprouts, cut side down, on the baking sheet.  Toss lightly to coat with bacon grease, then roast for 25 to 35 minutes, or until sprouts are beginning to crisp on the outside but are still tender on the inside.  Stir occasionally in the oven for more even browning.
Meanwhile, in a medium saucepan, heat olive oil over medium-low heat.  Add minced shallot and saute for 5 minutes.  Add cream and lemon zest and bring to a boil.  Simmer until slightly thickened, about 8 minutes.  Stir in lemon juice and season to taste with salt and pepper.
Pour cream sauce over the cooked noodles, using tablespoonfuls of reserved pasta water to thin sauce as needed until noodles are well coated.  Toss with bacon and roasted sprouts and serve immediately.  Makes 6 to 8 servings.

What vegetables do you enjoy most?