Books. We love them. We love the stale old glue smells, the creases in the worn paperback covers, and the tickle of the pages on our thumbs as we search for our favorite lines and chapters. We stockpile them in every room of the house and frequent the library to fill in the gaps. At 32, 8, 6, 4, and not quite 4 months, our tastes vary widely, but when you’ve got a house full of book lovers, there’s always going to be a lot of overlap. This past week, Esme talked me back into one of my old childhood favorites.

Esme (8) has a friend at school who shares her passion for the written word, so of their own volition they formed a two person book club. As far as I can tell, they are choosing books to read based on whether or not they both have a copy on their shelves at home. First up was Anne of Green Gables. 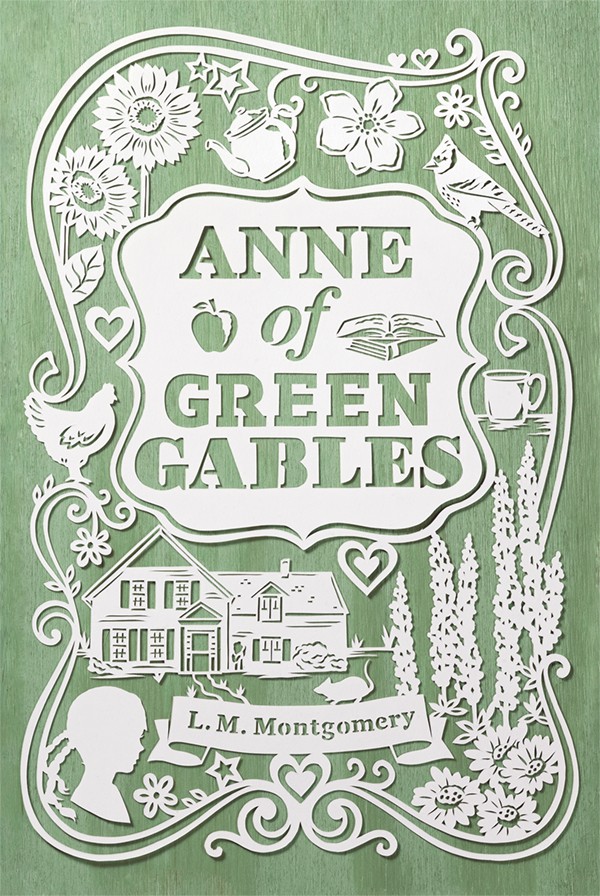 Normally Esme will sprint through a book, especially a book she is loving, like there’s a gold medal waiting for her at the end. Then, if she really liked the book, she’ll go back and read it again (which is why Harry Potter is getting a THIRD reading these days). Anne of Green Gables was different though. Her book club buddy made a few rules, and by nature Esme is a stickler for a good rule, so I kept finding her moaning and flouncing about the house because she’d reached the end of a chapter and the club rules were preventing her from reading ahead. It was torture. But good torture.

It took longer than normal, but still only a few days. Her final analysis: love and adoration for Anne, of course. Could it have been anything else? Her favorite part: Anne’s apology to Mrs. Lynde.

When Esme was describing Anne’s apology to me (hilarious, she says) and grinning because silly Mrs. Lynde “not being overburdened with perception” didn’t realize that it wasn’t in fact a very humble apology, I realized it had been a very, very long time since I had read the book myself. After hearing Esme read a few of her favorite parts and describe scenes deemed hilarious and unforgettable, I was itching to get my hands on it.

I don’t think I have read Anne since I was probably 12 or so. I was nervous to read it again because I remember it so fondly. I’ve been disappointed by more than one book that I loved as a kid but couldn’t find even a trace of the magic when I re-read them as an adult (The Narnia series and a Tree Grows in Brooklyn come to mind). I bravely picked it up again a few days ago though and was relieved right away to discover that it is just as wonderful as I remember it.

Even as an adult, I still love Anne (with the e of course), though for different reasons than I did two decades ago. Right now, I love Anne because she dreams up the best versions of everything, even knowing that reality hardly ever has a chance to live up to the dreams. Too often I become a worst case scenario victim, especially when it involves my kids. But Anne, turning ponds into Shining Waters, makes me feel hopeful all over again.

Because when you are imagining, you might as well imagine something worthwhile. – L.M. Montgomery, Anne of Green Gables

My favorite parts, however, are the same now as they were then. Drunken Diana, still makes me laugh. And I adore the unfortunate Lily Maid scene as much as I ever did. When Gilbert comes to poor sodden Anne’s rescue, he makes his tender speech, and she turns around and gives him the whatfor. Oh yes yes yes. So good.

I’m ready to move on to Avonlea now, but Esme can’t. Her book club partner doesn’t have book two in the Anne series, and since rules are rules, they are moving on to The Island of the Blue Dolphins. So be it.

Fudg-a-mania, which I’m reading aloud to all the kids. Consensus is two hearty thumbs up from everyone. It’s wonderful, and very ordinary, which is why it’s wonderful of course.

Jenny Goes to Sea is on the bookshelf, then off, then back on again. Eila is trying to read it, but Jenny and the Cat Club was so good that it has kind of spoiled her to all other books right now, or so she says. I know that feeling – I had a hard time reading anything for a while after I read The Tiger’s Wife because it was just too good.

Ada’s book of the week was The Jolly Postman, which is such a lovable book. It’s witty and rhyming and full of little notes and postcards tucked into envelopes throughout the book. We love it.

For Rory Moo Moo Brown Cow is where it’s at.

And, if you are an Anne fan like me, then you must check out Aimee’s trip to Prince Edward Island. Ahh-maa-zing!

Have you revisited any childhood favorites lately? What did you think?