This week our beloved local librarian was Eila’s hero. She put an end to Eila’s month long reading slump by finding the perfect book suggestion, like only the very best of librarians can.

We are library people. That’s not to say we don’t buy books, because we do; we even buy books that we’ve already checked out from the library multiple times. We aren’t library people because we like to read books for free, though that is a perk, but rather because the library is magic. Rows and rows and shelves and shelves of plastic wrapped books always accompanied by the distinct feeling that you can read anything, anything at all. Bookstores are nice, but there are limits down every aisle – all those books, but only one or two will make it to the cash register. Sure, our library cards might have a 30 book limit, but not only do we have 3 cards, we can and do go the library at least once a week. It’s all that library magic. 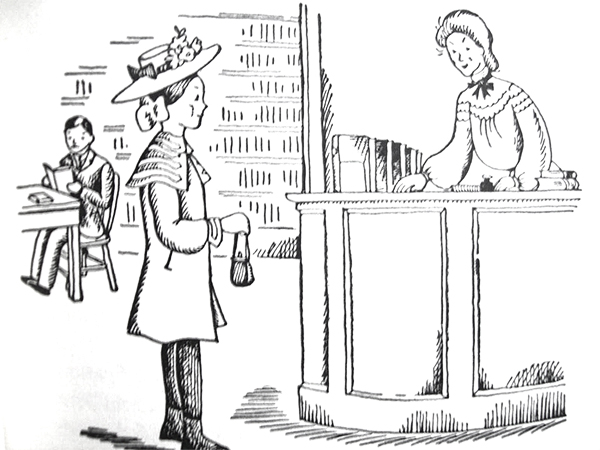 The best part of libraries though are the librarians. I have a serious crush on the children’s librarians at our local branch. They have been there since I was a kid and now they are working their magic on my kids. My favorite librarian looks and acts just like a librarian should. She wears cardigans and a bun and glasses. She knows all the books like old friends and is so well suited to her library desk that even I’m not fully convinced that she doesn’t live there. I even relish the moments when she hushes us or scolds us for something harmless, because that’s just what the quintessential librarian should do. In the library, rules are rules!

But even though she can be strict, she’s also the one slipping origami stars into the kids bags as we’re heading out, remembering who is the Ivy and Bean fan and who is looking for the next book in the Percy Jackson series, and making spot on book suggestions. I knew she had really endeared herself to the kids when they started approaching her at the desk by themselves, even Adelaide, to ask for help or book recommendations. This week though, Eila gave her a run for her money. 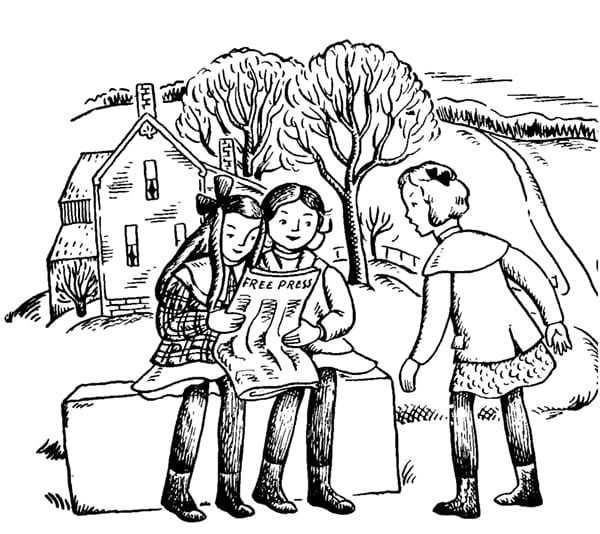 Eila, at six years old, has been stuck in a reading slump for almost a month now. She read Jenny and the Cat Club, which for reasons unexplained, was the perfect book. Then, she read every single book in the Ivy and Bean series and thoroughly enjoyed herself. Since then, however, nothing has struck a chord. Many books have been started, only to be set aside after a chapter or two. Nothing quite measured up to Jenny Linsky or Ivy and Bean. So, after a great stack of books had been discarded before chapter three had been reached, Eila traded reading for a coloring book at bedtime.

As someone who can’t go to sleep, even if I try, without reading at least a few pages at night, I was anxious to coax Eila out of the slump. So, off to the library. We posed the dilemma to our favorite librarian, who had her work cut out for her. Eila rejected Judy Moody as boring. Clementine was good, but she’d read them all – ditto for Ramona. Boxcar Children: no way (though I hope she changes her mind later!) – ditto for Amber Brown.

Then the librarian made a strong case for the Betsy Tacy Series. Eila was skeptical, but willing to try them. Before we’d even made it all the way home, Eila had already decided the first book was going to be awesome! Hooray! She’s almost through the first book, and she’s read her favorite chapters (chapter 3 is the best she says!) more than once. Reading slump is officially over and I have to tell her to put the book away when she comes to the dinner table. That librarian, magic!

As for Betsy Tacy, it is delightful. I didn’t read them as a kid, but I wish I had. Written in the 1940’s and set at the turn of the century in small town Mankato, Minnesota, the stories are simple in the most perfect way. The book reminds me of books I love by Eleanor Estes and Elizabeth Enright, authors who have that magical ability to write from a child’s perspective and get it just right. I’m going to have to purchase the whole series because I can tell already that these are the sort of books that will be loved over and over again, by the kids and by me. Three cheers for Betsy Tacy!

And at the thought of spilling milk on Julia and Katie and making them mad, they laughed so hard that they tipped their feather over. It went over quick like a paper boat, and they started falling, falling, falling. But they didn’t fall too fast. It was delicious the way they fell . . . like a swallow sinking down, down, down . . . to the very bench where they had been sitting. (From the Best Chapter, according to Eila, of Betsy Tacy)

I’ve been reading Traffic: Why We Drive the Way We Do (And What It Says About Us). I think, though I have no evidence of this, that reading this book is making me a better driver. I decided before I’d even made it halfway through that I will never talk on the phone in the car again (not even hands free). Becoming a better driver, however, wasn’t really why I was reading the book – it’s fascinating stuff!

Esme picked up Through the Looking Glass because a classmate had told her about the Jabberwocky poem. She meant to just read the poem, but accidentally read the entire book and now keeps following me around the house reading her favorite parts aloud. Last night at the dinner table she said it’s so good she just wants to read the whole book aloud to someone. I think it’s all the made up words and crazy silliness, coupled with poetic and profound insight, that makes it hard to keep it to yourself. I know how she feels because while I was reading Hyperbole and a Half, I was overcome by the urge more than once to read whole chapters aloud to anyone who’d listen.

Adelaide is on a Mo Willem’s kick right now. The pigeon books, but especially the Gerald & Piggie Books. Thank goodness they are so fun to read aloud because we read a lot of them every. single. day!

Rory is getting his first taste of Margaret Wise Brown. I love Goodnight Moon, as I’m sure Rory will (and you should too!), but there is a special place in my heart for The Important Book. I still remember introducing a chubby baby Esme to the important thing about a spoon eight short years ago. And now, though I couldn’t have possibly imagined it then, I am sharing the importance of a spoon and the rain with a fourth and final baby, knowing as I turn every page that it’s both the beginning and the end of something heartbreakingly beautiful.

What have you picked up at the library lately? 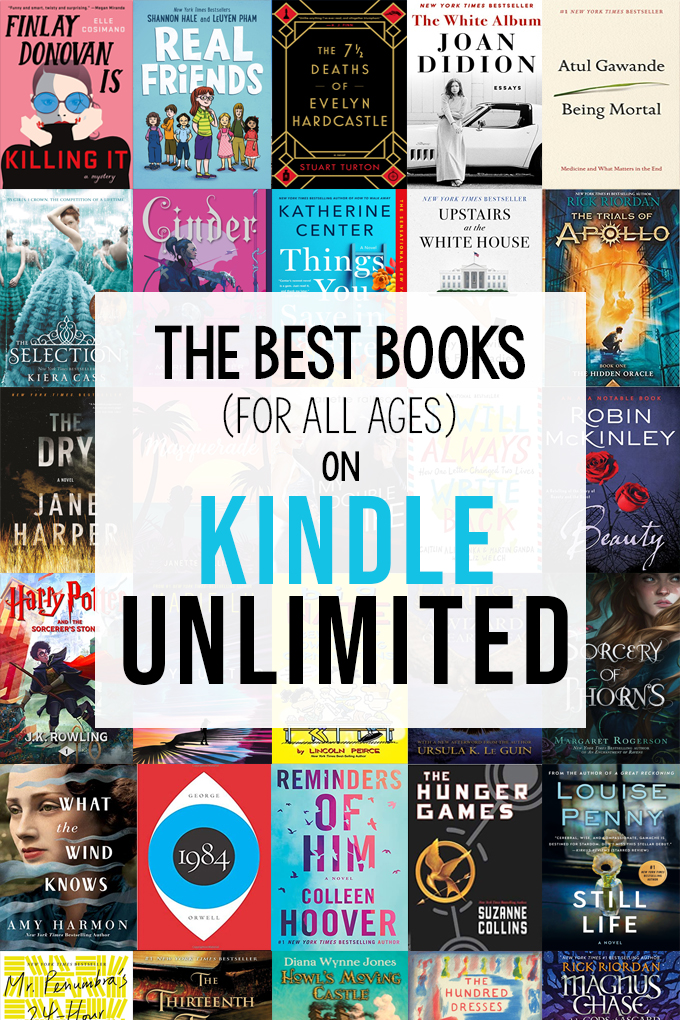