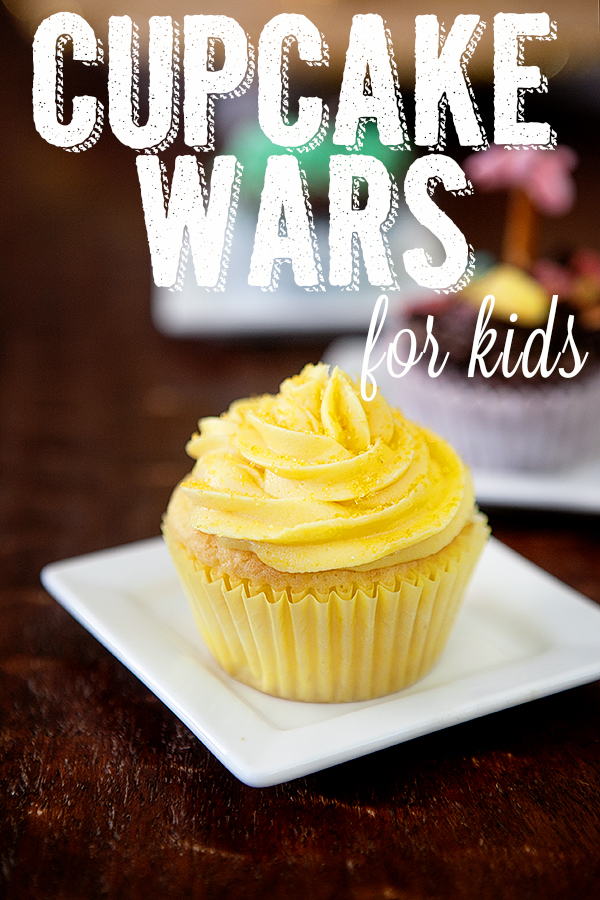 I recently helped Emma, an eleven-year old friend of mine, co-host a Cupcake Wars for Kids. We had so much fun!

I carpool with this adorable, creative eleven year old girl and since we have a longer than average drive across town to school every day, we have plenty of time for discussing books (she’s reading Fablehaven at my suggestion right now and loving it), music (she really enjoyed Katy Perry’s superbowl halftime show), and lately, The Food Network’s Cupcake Wars. My girls discovered it on Netflix about the same time Emma did and it has been a hot topic during the morning carpool.

A few weeks ago, after yet another discussion about the creative merits of contestants on the show, an idea began to form. What if we hosted our own Cupcake Wars? Count me in!

Emma, with all of the energy of an excited eleven year old, was the brain child behind the entire project. She carried a notebook around for over a week, planning and thinking about every detail. I helped her scale it back to a more realistic level for a bunch of kids, and then she made invitations and we made it all happen. Take a look! 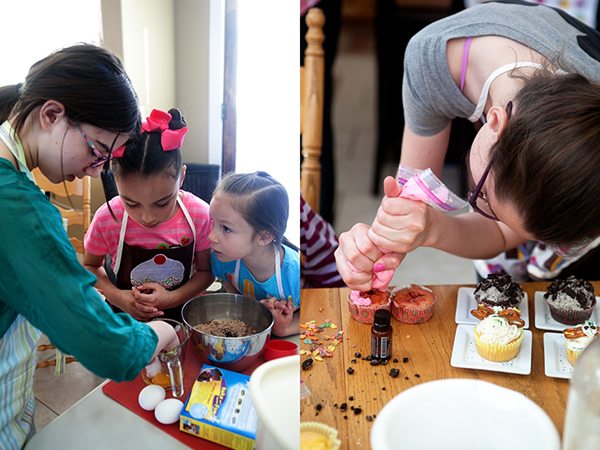 We had two challenge rounds in our cupcake wars, and although there was only one winning team in the end, we let everyone participate until the end, rather than eliminating teams like they do on the show. To keep it simple, we only used two cupcake batter bases, chocolate and vanilla, but we made sure there were plenty of creative flavor add in options.

For each challenge, we had a theme and set up an inspiration area to help get the kids creative juices flowing. There was obviously some adult help involved, but for the most part, we let the kids do all the planning and making. 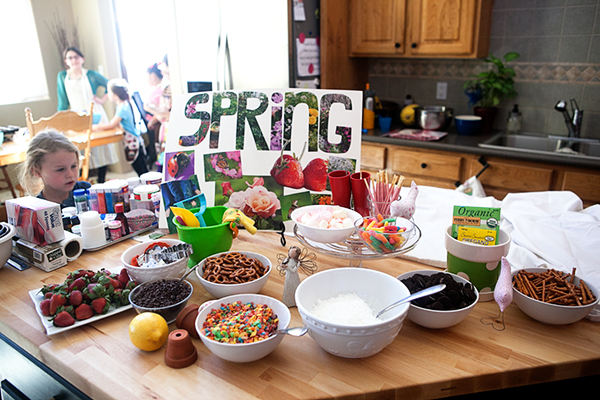 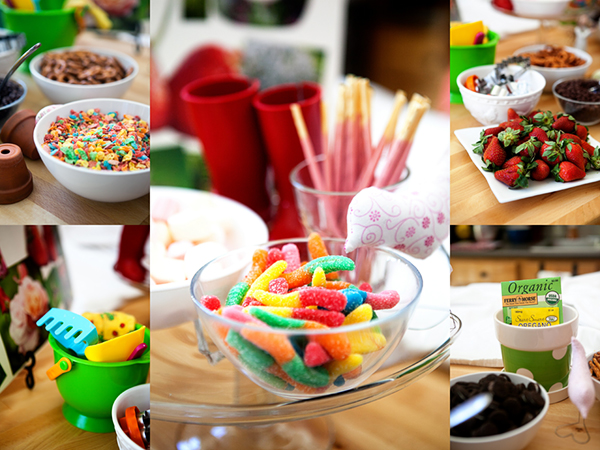 Our first challenge theme was Spring and we ended up with so many creative cupcake ideas from these kids. Strawberry Cupcakes with a fresh strawberry filling. Chocolate Soccer Ball Cookies with Coconut Grass. Sunshine Sparkles with lemon cream filling and lemon frosting. More than one Spring Flower Pot with Worms was cooked up. And someone got creative with the pretzels and made butterflies.

And like the show, the kids had to make more than one of each cupcake design and flavor, which left some for the judges to eat and plenty for the kids at the end. 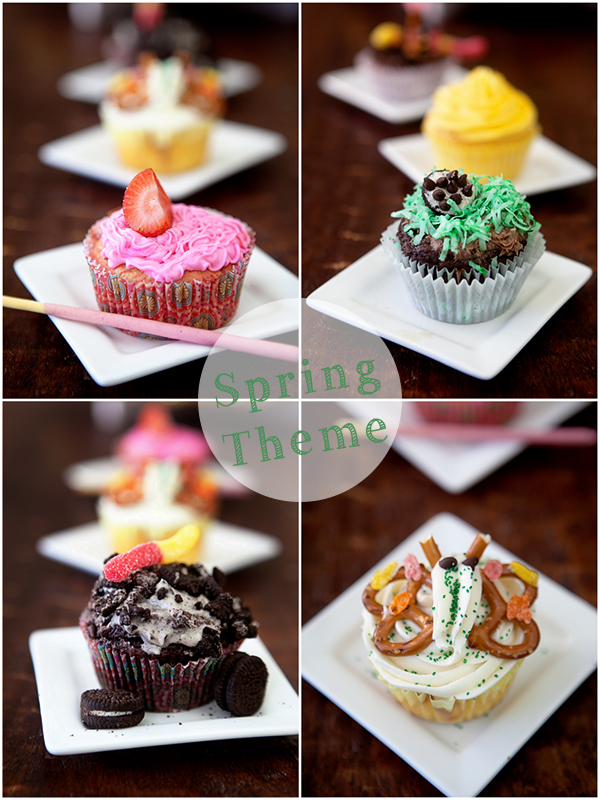 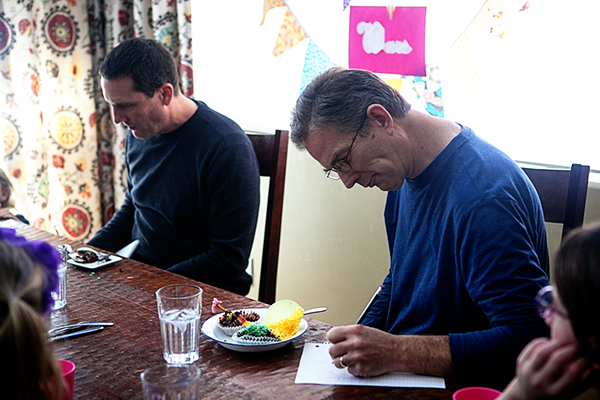 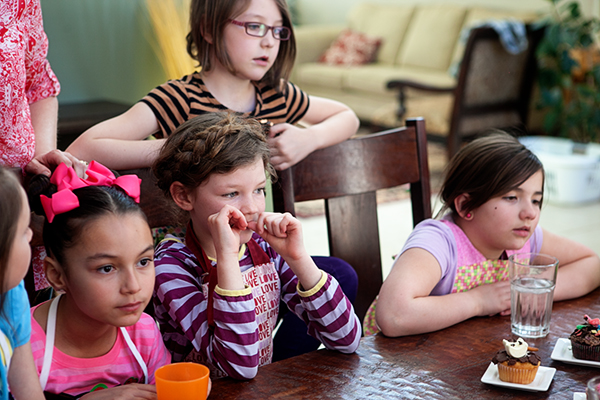 Dads and Grandpas took on the very difficult work of Cupcake judging. We didn’t tell them which teams were responsible for the cupcakes so they could, in theory, be more neutral judges. They took their job seriously while the kids looked on anxiously, if not a bit hungrily too. 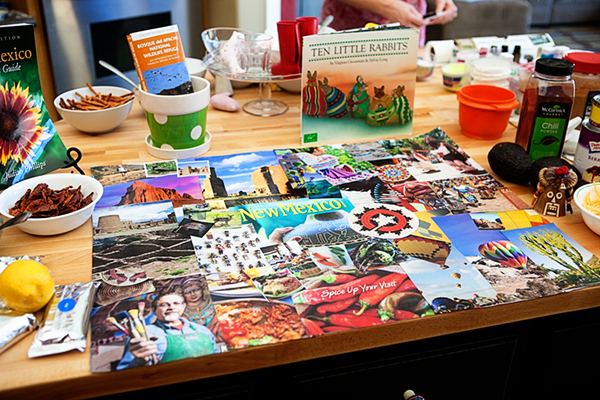 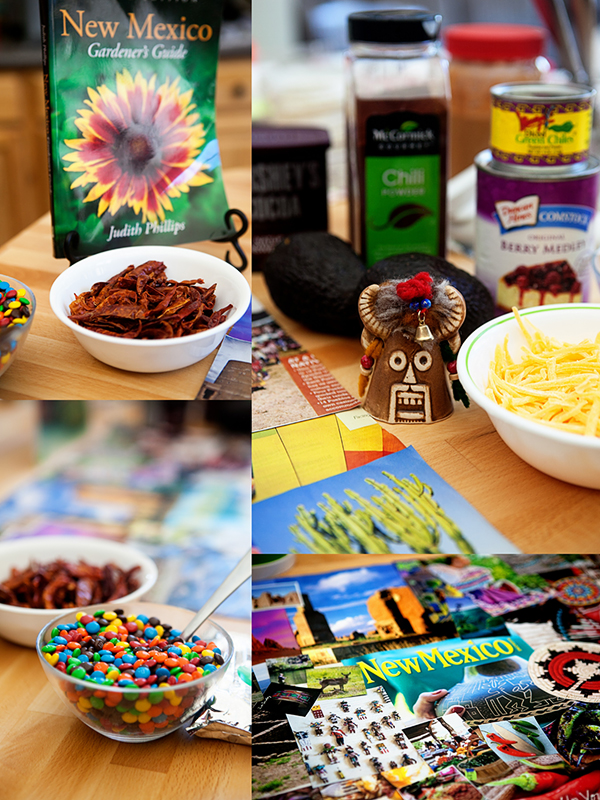 Our second theme was New Mexico, which gave them an array of colors and flavors to create with. We ended up with such clever cupcakes – everything from Chile Spiced Chocolate Cupcakes with Avocado Frosting to Roswell’s Aliens and Hot Air Balloons constructed from Pretzels and M & M’s. 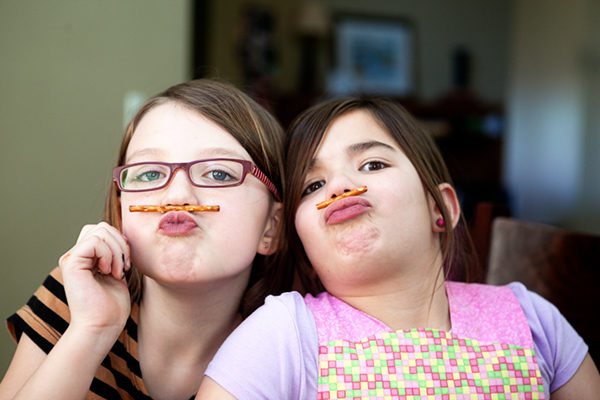 There was some playing! 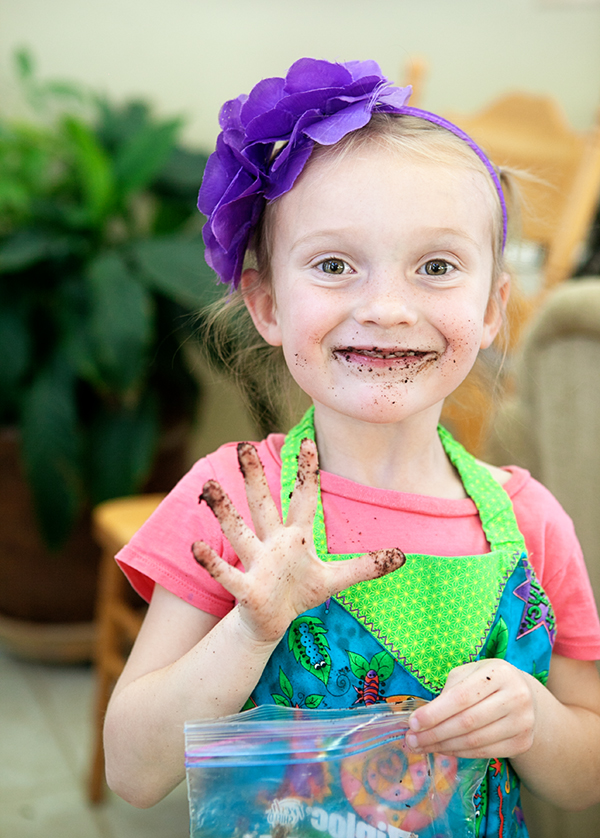 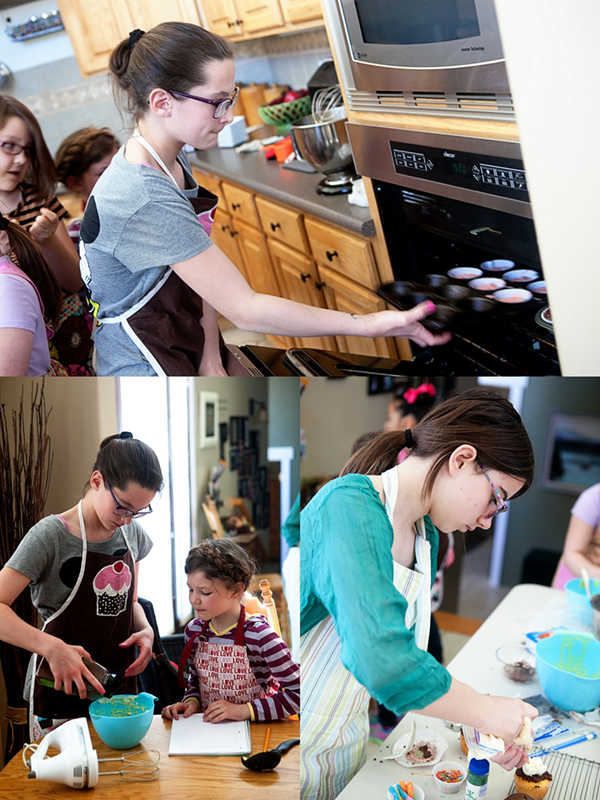 And a lot of hard work! 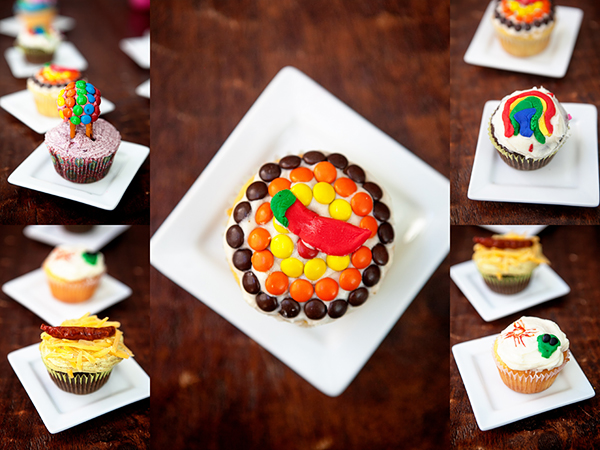 And in the end, a lot of cupcakes! The winning team took home gift cards, but everyone took home cupcakes. It was great fun, and although clean up was a beast, I’m so glad we did it!