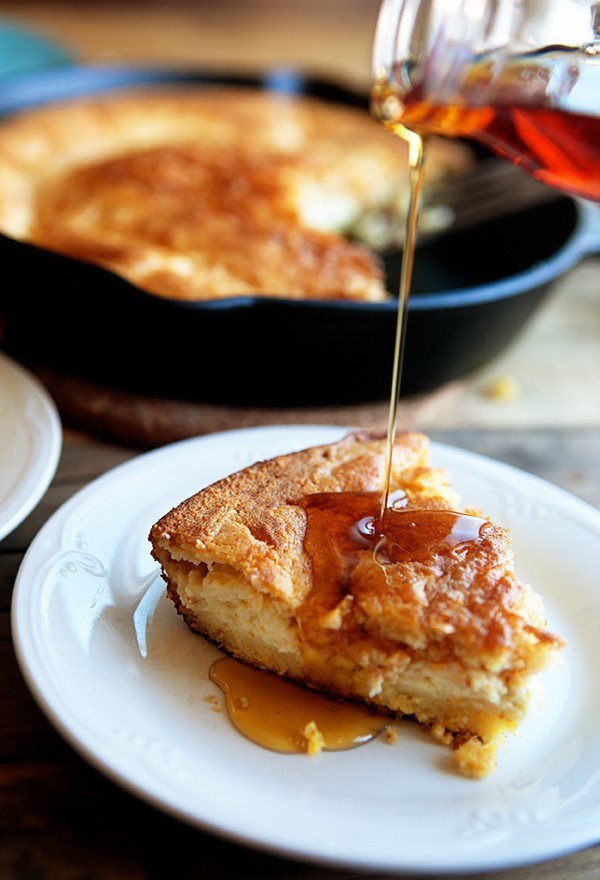 This Skillet Cornbread Pudding is so delicious, but really it’s also very simple. As I said in my original post about this over on Craftsy, I always feel very Little House on the Prairie when I whip up a cast iron skillet full of this perfect pudding bread. Maybe it’s the cornmeal that I  normally grind from corn kernels in my small kitchen hand grinder. Or maybe it’s the cast iron, which always makes me feel like I’m bringing a bit of the past to the present. Mostly, I think it’s just the simplicity – making something so delicious from simple, basic ingredients in my own humble kitchen.

I wanted to share this simple, lovely bread pudding here because it will be a perfect addition to your Mother’s Day weekend food lineup. You can eat it for breakfast, for brunch, for dessert. It’s all good. You can eat it hot or you can eat it cold. It’s in this skillet cornbread’s very bones to be delicious and it’s hard to mess that up. 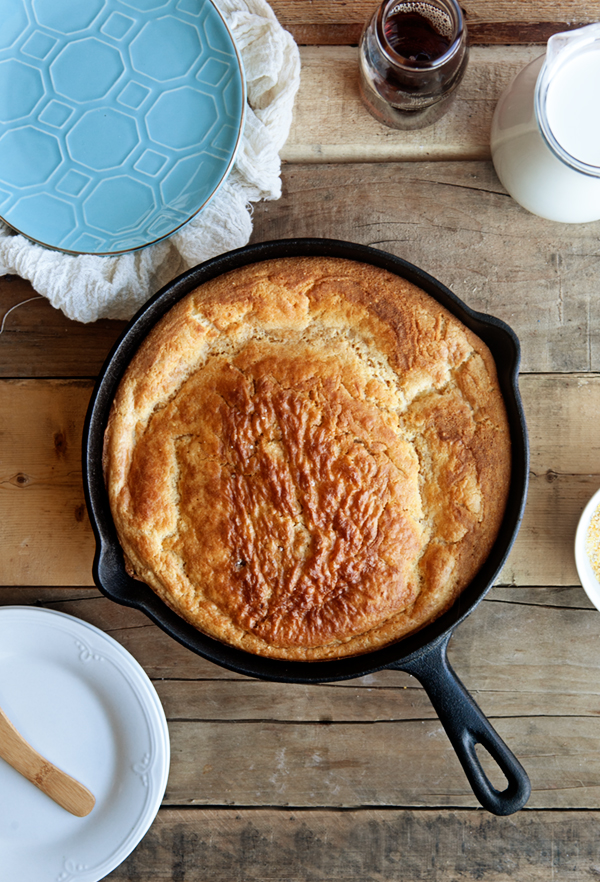 At our house right now, though I feel like I say this so very often, all I have time for is simple food like this. I often think to myself that later, when this or that is done or when the baby is older or when my to do list is shorter, I’ll have more time. But nearly nine years into this parenting thing, and almost six years into this single parenting thing, I’m about ready to admit I might have been chasing windmills all along.

This week, it’s the garden that has so much of my attention. I am planting a bigger garden this year than I have ever planted before! And I’m doing it almost entirely from seed! So far so good. The beans have sprouted, lettuce and spinach are growing, herbs galore are thriving, and I’ve got more seedlings tucked away here in the house just waiting to be planted out of doors. I’m excited, but it’s been a lot of work and there’s still a lot more to go.

So, simple food it is! And, though I may dream of someday having time for  five course meals and elaborate Italian dishes, I have a feeling simple food will probably be our fare for a good long time. As long as I have regular helpings of things like this Skillet Cornbread Pudding, well then you won’t hear me complaining at all. 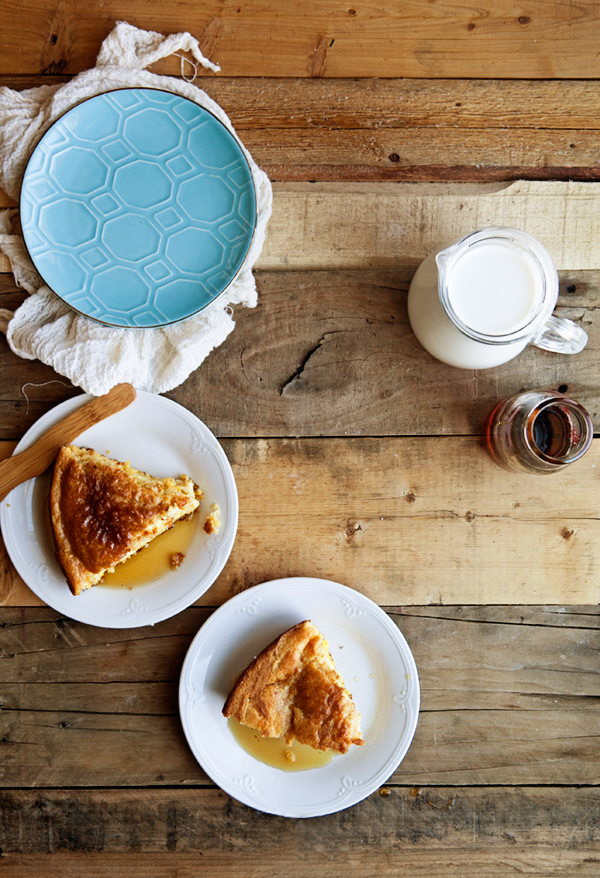 This cornbread pudding, with its creamy custard center and it’s crunchy, buttery crust is one of my all time favorite recipes. We’ve been bouncing it back and forth between the breakfast and dessert menu for years now and it never disappoints.

Get the full recipe over on Craftsy.