It doesn’t get easier than this! Just three ingredients in this Pumpkin Soup, but so much flavor. Sometimes less really is more. 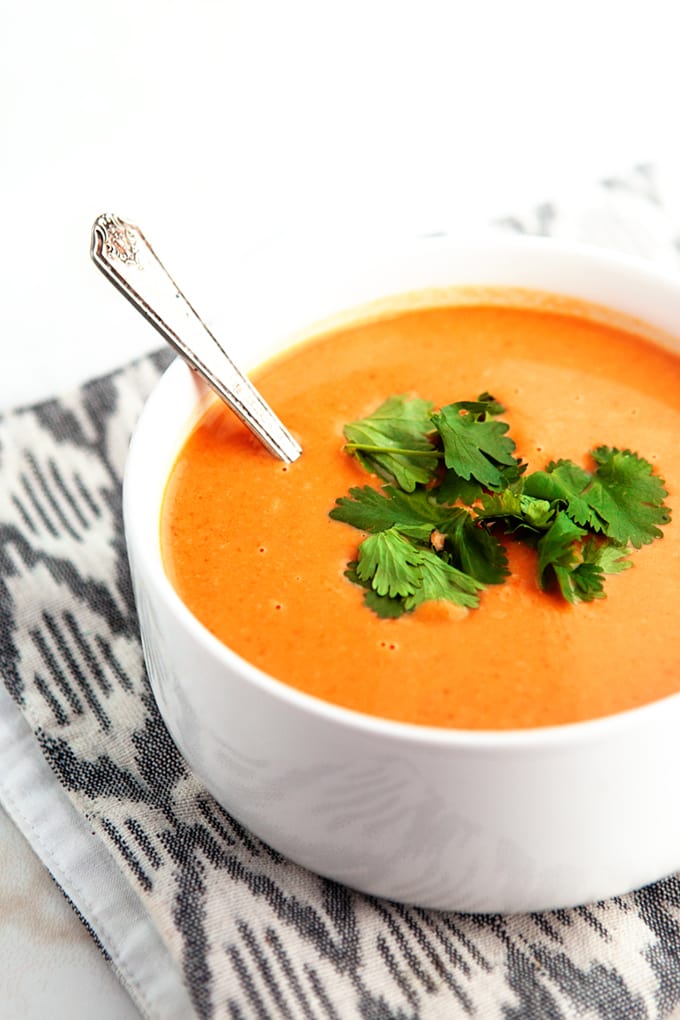 This 3 Ingredient Pumpkin Soup is one of those recipes that you’ll find gets a lot of play time. It’s the easiest lunch, especially if you’re home alone and are tempted to do something like melt cheese over chips instead of eating a proper meal, ahem. It’s the easiest dinner, especially if you add a hunk of crusty bread to the mix. It’s a handy side dish and just about the fastest thing you can make if you need to bring something to a potluck or gathering.

Let me spell it out for you this way:

It’s inexpensive, because only 3 ingredients.

It’s colorful, which counts for a lot.

It can be halved or doubled or even tripled.

It’s re-heatable (not a word, but definitely a thing).

It looks pretty on a buffet table.

It’s vegetarian + vegan + gluten free, which adds points for the next item on this list:

It’s a dish you can put in a ziploc bag – you know what I mean, right? 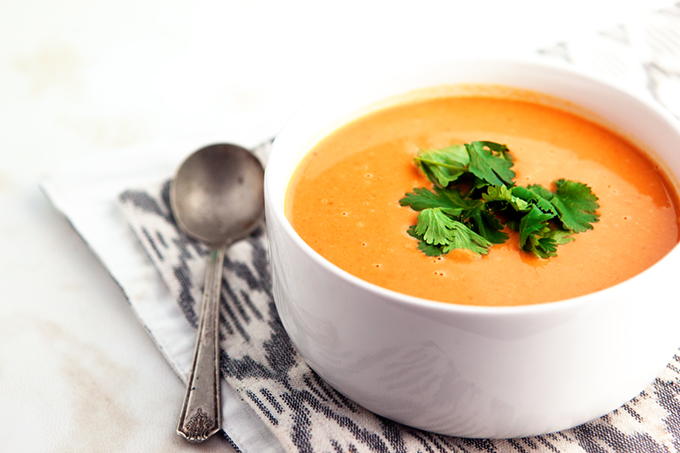 You want to make this now, right? Three Ingredient Pumpkin Soup for the win!

I originally published this recipe over on Food Fanatic, you can check it out there too!