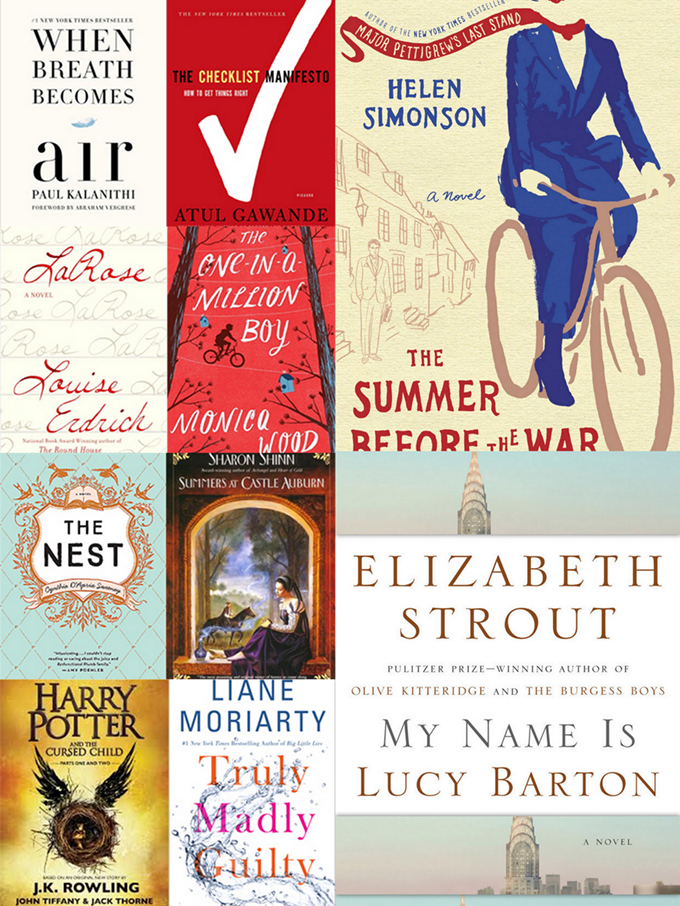 I am always reading. As I was looking over my Goodreads account, however, I realized I’ve been doing more “light” reading lately. Not much non fiction recently and maybe a few too many YA books and chick lit reads. My excuse: summer. Still, I’ve read a few good ones, a few bad ones, and even a few that I loved.

Here are some quick book reviews for some of the books I’ve been reading lately. I’d love it if you’d share your recent reads and/or recommendations in the comments. I’m always on the lookout for another good book. 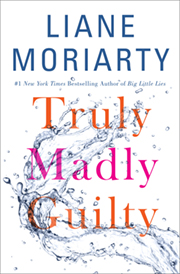 I didn’t like this one nearly as well as Big Little Lies and What Alice Forgot, but it was still an okay read. The book centers around three married couples and something terrible that happened at a friendly barbecue, but Moriarty doesn’t tell you what actually happened until almost 3/4 of the way into the book. It’s kind of annoying.

While there’s nothing overt, this book is a bit racier than her others. But I love how Moriarty really digs into her characters emotional lives and this book does an excellent job of exploring the characters’ complicated friendships, marriages, and family relationships. A better than average chick lit read. 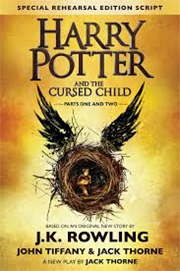 So it’s a play, and Harry isn’t the main character, but I was just so darn excited to dive back into the world of magic and Hogwarts. I wasn’t sure how I’d feel about the play format, but I was so swept up in the story and seeing old familiar friends that I really did forget I was reading a play.

I felt like all the old characters, despite having aged, remained true to the original books, and the new characters fit in perfectly. I’ve never been very discerning when it comes to Harry Potter books – I just love, love, love them and this one was no exception. I felt so lucky to have a chance to see all of my old magic friends one last time. I can’t wait to see the play! 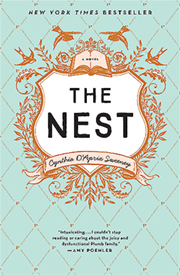 The Nest by Cynthia D’Aprix Sweeney

I really hated this book. I keep reading positive reviews of it, but I found hardly anything to like about it. I thought it was depressing – such a dismal view of human nature. Everyone is selfish and greedy and neurotic and dishonest and I despised every single character.

It centers around “the nest,” which is a large chunk of money that the dysfunctional Plumb family’s adult children were expecting to inherit, but they’ve hit a snag getting their hands on the money. The only reason I finished it was because I kept hoping someone might do something redeeming, but I ended the book feeling like I’d wasted my time on a shallow read. 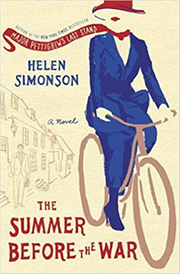 The Summer Before the War by Helen Simonson

This is the book I keep recommending this summer. I adored it. It’s set in a small English town in 1914, just before the dawn of World War I. It starts just a bit slow, but it didn’t take too long before I was hooked. The characters are charming and the story is fun – a bit of romance, a comedy of manners, and a good dose of historical fiction. I thought the whole time that it would make a perfect PBS Masterpiece Mini Series (think Doctor Thorne) . 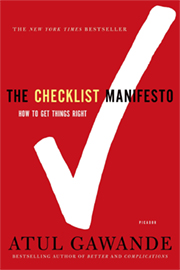 The Checklist Manifesto by Atul Gawande

I loved Being Mortal, so I picked this one up too and enjoyed it. The big idea here is that Checklists can change the world, and I ended the book feeling quite convinced. He looks at checklists from his own background as a surgeon, as well as how they were first introduced in the airline industry and have made the difference between life and death on many occasions. It’s a compelling nonfiction read with a lot of useful takeaways. 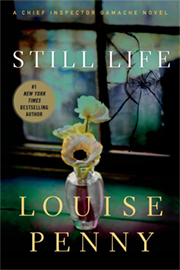 This the first in a series of mystery/crime novels following the Canadian Inspector Gamache. This is not my genre at all. But I was intrigued when a respected reading friend said she was hooked. Now I’m hooked too.

They are detective novels, but they’re well written, mysterious without being gruesome, and they make for really fun escape reads. If you’ve ever watched Foyle’s War, Inspector Gamache reminds me so much of Foyle, who I may or may not have a big crush on. So far, I’ve only read the first two, but there are actually 10 books in the series right now and I plan to read them all. 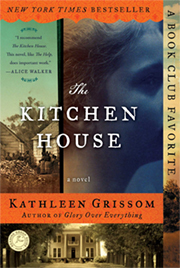 The Kitchen House by Kathleen Grissom

Yes and No. I’m conflicted about this one. I can say this though, it’s definitely a compelling read. Once I started, I hardly put it down until I finished it. The main character is an orphaned Irish girl who ends up working in the kitchen house with the slaves on a tobacco plantation in the American South in the late 1700’s.

The time period and subject lead into all the violence and horrors inflicted on women and slaves of that era. It’s good writing and there are great characters, but I felt like the book was a little too melodramatic at times. Really, every bad thing that could happen does in fact happen in this book. It just felt like a little much. Still, it was a real page turner. 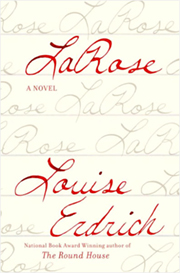 I’m a big Erdrich fan, and I liked this book, but it didn’t blow me away the way some of her books have. Still, it’s good writing, a moving story, and well developed characters. I first discovered Erdrich in graduate school when the Navajo professor of my Native American Women class recommended her.  I was so impressed with the way she weaves Native American history and culture into her books, while also capturing the very real challenges that contemporary Native Americans face.

This book, once again, has rich Native American characters and tells a painful, beautiful story. The book opens in 1999 just after a hunting accident in which Landreaux has killed his neighbor’s five year old son. Native American culture requires an atonement for this accidental death, so Landreaux and his wife give their neighbor their own five year old son and the book takes off from there. It’s quite a story! 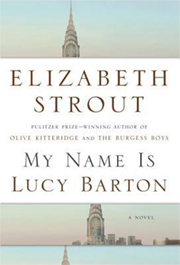 My Name is Lucy Barton by Elizabeth Strout

Another good one from Strout – so far, I’ve enjoyed all of her books. Her books are just so deeply human. This one is a beautiful, insightful look at a complicated mother-daughter relationship. It’s a short one, you can read it in a sitting, and I highly recommend it. 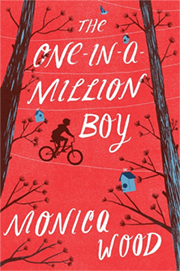 The One in a Million Boy by Monica Wood

This wasn’t a particularly notable read for me, but it was a sweet book. Ona, a 104 year old woman, develops a friendship with a young boy scout. When he dies suddenly, the boy’s absent father comes to finish his son’s scouting obligation and earn forgiveness for his failings as a father. It’s well done, and not nearly as cheesy as the story line sounds.

It was a quick and heartwarming read – reminded me of A Man Called Ove and The Unlikely Pilgrimage of Harold Fry, with a hint of Jojo Moyes thrown in. 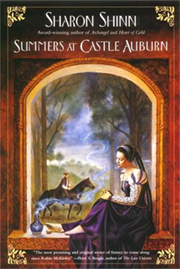 This is kind of a fluffy read, but really fun. It’s a princess story, but such a charming and entertaining one. If you’re looking for something light and compelling, I’d give this one a go.

Coriel has spent all of her childhood summers at Castle Auburn, but this time she’s going back as a young woman and seeing that the happy castle of her childhood has secrets and magic she’s never noticed before. It’s a fun little romance adventure – good summer reading. 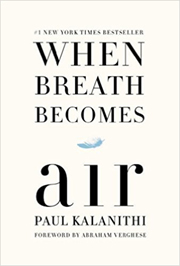 This was a 5 star read for me. At the age of 36, after a decade of training to become a neurosurgeon, Paul Kalanithi is diagnosed with stage IV lung cancer. This is the book he writes after he finds out he is dying. It’s beautiful and thought provoking and heart breaking. It’s a must read.

What have you been reading lately? What Should I read next?