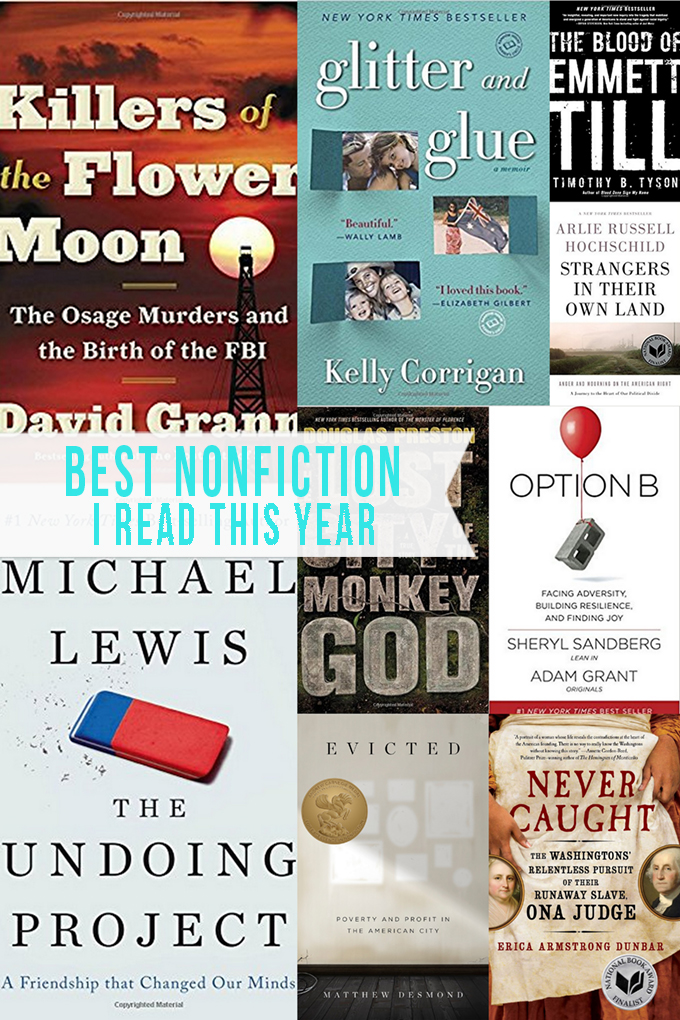 I am always so excited to talk about books in January. I love reading everyone’s lists of favorite books from the previous year and I often refer back to them to decide what I want to read in the new year.

Last year I managed to put together my own Top 10 Books list and had a lot of fun reflecting on my year of reading. This year has been harder though.

In 2017 I set a goal to read 100 books and I surpassed my goal by reading 123 books! It was a very successful reading year, but that’s where the trouble lies too. Now that I am going back through all the books I read, I am realizing that I read too many good books, on my own and with the kids.

I tried to narrow it down to a top 10 list, but I just couldn’t do it. So, since it’s my blog-my rules, I made three lists of top books. I’m starting today with the 10 Best Non-Fiction Books I read in 2017. 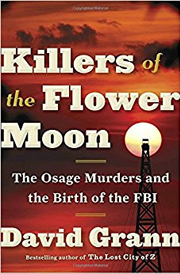 Killers of the Flower Moon by David Grann

I may have struggled to put together a top 10 list, but every time I tried, this book was in the #1 spot. It’s an intriguing historical true crime book that reads like a page turning thriller. After oil was discovered beneath their land in Oklahoma in the 1920’s, the Osage Indians became the richest people per capita in the world. And then they started to die violent and mysterious deaths.

That these “wild west” murders happened less than 100 years ago is astounding, but the racism and corruption that was behind them is horrifying. While I can’t believe these crimes aren’t more widely known, I am so glad that David Grann kept digging. This was nominated for the National Book Award last year and though it didn’t win, Grann’s writing, research, and top notch journalism absolutely deserved the honor. I consider this a must-read book. 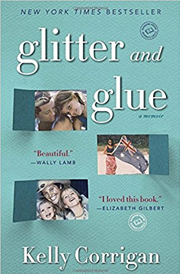 Glitter and Glue: A Memoir by Kelly Corrigan

I love a really good memoir and this one was fantastic. I loved the layered narrative in this book. With beauty and humor, Corrigan shares the story of growing up with her mother, the story of a year traveling the world as a young adult, and the story of a husband and two kids mourning the death of their wife/mother.

Mother-daughter relationships can be complicated, and Corrigan captures that complexity well. But what makes this book so wonderful was how she dives into the unexpected ways that our parents affect us and how our relationship with them changes over time. While this did make me laugh more than once, I should also warn you that I did a lot of crying too. It’s an emotional read for sure, but so worth it.

Evicted: Poverty and Profit in the American City by Matthew Desmond

This book gutted me. It was hard (emotionally) to read, but I have been thinking about it ever since I put it down. Desmond, a Harvard sociologist and MacArthur genius, followed (and by followed, I mean he lived with and near and befriended) eight families living in poverty in Milwaukee. There’s drugs and crime and abuse, which normally follows the poverty stricken, but there’s also real humanity in this book as Desmond conveys just how vast and deep the inequality in this country really is.

One of the families Desmond follows is a single mother trying to raise her two sons on the $20 she has left after paying her rent every month. I couldn’t help but see myself, raising four kids as a single mother, in her story. It was terrifying but also eye opening to realize how easily our situations could be switched if circumstances were only slightly different – if I didn’t have the family support I have, or if she had the education that I was privileged to have.

Desmond’s embedded fieldwork and extensive research make this Pulitzer prize winner a really incredible read. This book takes us one step closer to understanding and maybe someday bridging the gap between extreme poverty and middle class America.  I’m so glad I read this. 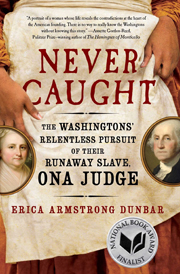 This was another National Book Award nominee that I thoroughly enjoyed. Historian E.A. Dunbar does the difficult work of bringing to life that story of George Washington’s slave, Ona Judge, who successfully fled the presidential residence in 1796 and was never caught.

What Dunbar does exceedingly well is she makes the reader want to know more. This is a shorter read, but a rewarding one. I want to see a lot more of these untold histories! 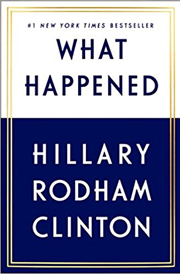 What Happened by Hillary Rodham Clinton

Surprisingly, this didn’t read like a politician’s memoir. Instead, it felt like the real Hillary giving her real perspective. I thoroughly enjoyed reading this and I think I highlighted and bookmarked half the book. It probably goes without saying that if you were in the crowds shouting “lock her up,” this is a book you might as well skip. But I do think this book can be appreciated by more than just die-hard Hillary fans.  Even if you were on the fence about Hillary for president, I’d say that it’s worth keeping an open mind and giving this memoir a try. 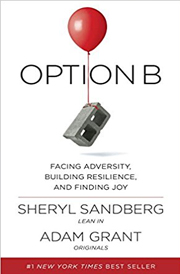 I liked Lean In, but I loved Option B!  This is the book Sheryl Sandberg wrote after her husband unexpectedly died while they were on vacation. It’s about how we make it through the hard stuff that happens and it’s one of the only books I’ve read on the subject that actually seems useful.

The big idea here is that resilience is like a muscle and there are things we can do to build it up so that we can be more prepared when the tragedies hit. It offers helpful, real world advice both for those facing trials and for those with friends, loved ones, and acquaintances that are going through tough times. Ever stumbled for what to say to a colleague or friend after a death or divorce? This is the book!

I checked it out from the library and read it all the way through in a few days. Then I ordered my own copy and read it again – it’s that good. 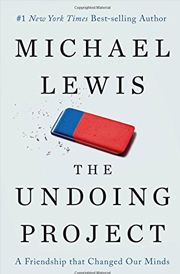 The Undoing Project: A Friendship That Changed Our Minds by Michael Lewis

Daniel Kahneman’s book, Thinking, Fast and Slow is one of the best books I’ve ever read. It changed the way I looked and thought about so many things. So when I found out Michael Lewis, whose books I also enjoy, wrote a book about the Nobel Prize winning economist and his greatest friend, psychologist Amos Tversky, I was all in.

This book is about a lot of things, but most of all it’s about one of the greatest partnerships in the history of science. Lewis shows how so much of what Kahneman and Tversy were able to accomplish was possible because of their friendship and even because of its demise. With that big idea in mind, Lewis takes us through the incredible science, the groundbreaking ways of thinking, how ideas develop, why humans do what we do. 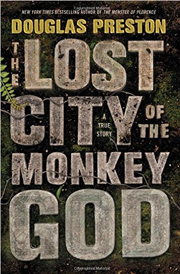 The Lost City of the Monkey God: A True Story by Douglas Preston

This is a crazy fun read! Real life Indiana Jones stuff! Journalist Douglas Preston teams up with a group of scientists and archaeologists and heads into the jungles of Honduras to find the legendary White City or City of the Monkey Gods. It’s everything you’d want a real life adventure book to be. There are gigantic snakes, quicksand, deadly bugs, and most importantly, mysterious archaeological finds.

The entire time I was reading, I kept exclaiming, “I can’t believe this really happened!” I had no idea what amazing things are still out there to be discovered.

Strangers in Their Own Land: Anger and Mourning on the American Right by Arlie Hochschild

We all know by now that there is a huge political divide in this country and it’s only getting worse. I am so grateful that Hochschild followed her own big questions into deeply conservative Louisiana to examine this political divide and try to understand it. She picks one major issue on which parties are divided to look at more closely, environmental pollution, and heads into a part of the country facing real environmental degradation and widespread poverty. The results make for a very moving read.

What I most appreciated about this book was the vivid reminder that behind the political divide and the arguments, there are real people. I think what Hochschild really wants us to see is that we all want the same things – family, security, community – even if we disagree about how to get there.

Admittedly, I still feel anger and frustration and worry when it comes to political groups, but it was instructive to think about the individuals that make up those groups. Overall, this was a very well executed book. (I listened to it on audio though, which I do not recommend – get the hard copy.) 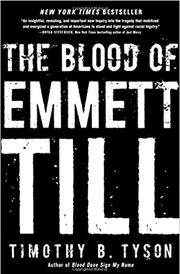 The Blood of Emmett Till by Timothy B. Tyson

In this book, Tyson says that every Black American knows what happened to Emmett Till. Not being a Black American, I had never even heard of Emmett Till until I picked up this book. This book is a well written, well researched look at the 1955 lynching of a 14 year old Black boy visiting Mississippi from Chicago.

We should all know what happened to Emmett Till.

What are the best Non-Fiction books you’ve read lately? Tell me what to read next! 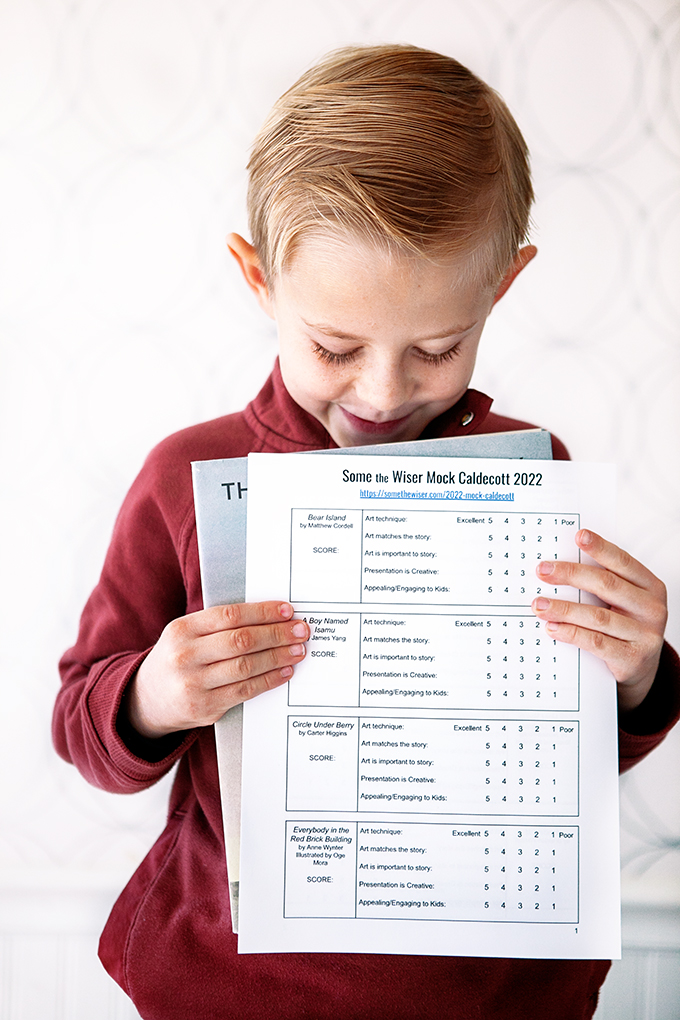