Stuffed Pecan Caramel Brownies are made with a layer of caramel and pecans between two perfect brownie layers. It doesn’t get more delicious than this! This recipe makes TWO 8-inch round pans of brownies. Eat one now, freeze one for later. 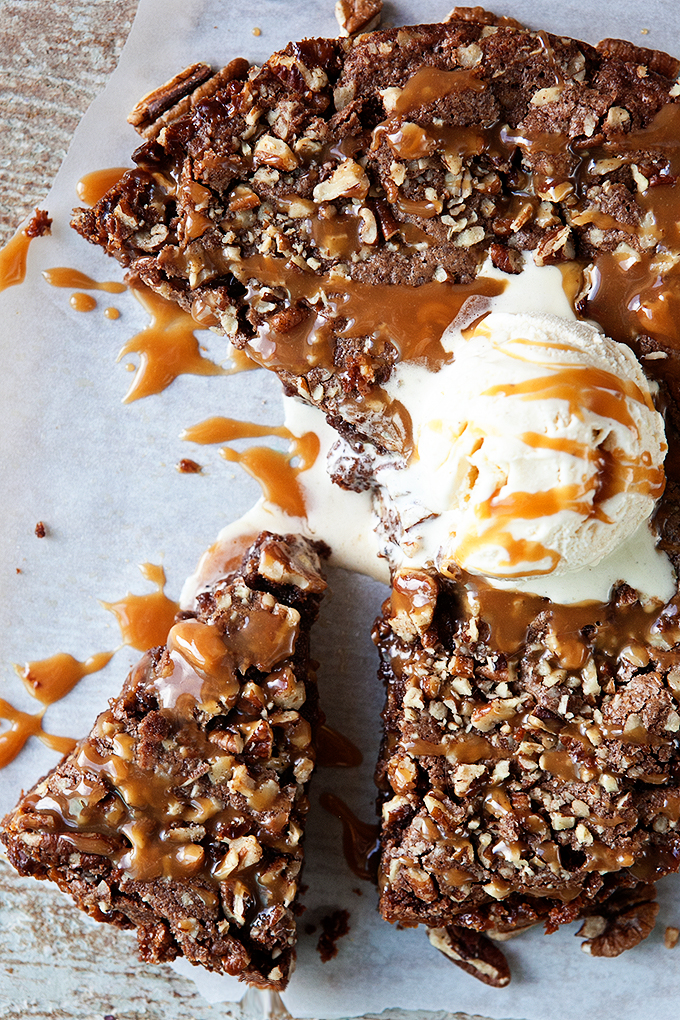 I bought a bag of Kraft Caramel Bits so that I could make my Caramel Apple Oatmeal Cookies. I have done this many times, but I’ve never before noticed that there is a recipe for caramel brownies on the back until a few weeks ago. Instead of my cookies, I thought I’d give the brownies a try. We’ve been making and perfecting them every weekend since. (Don’t worry, I have put some in the freezer.)

The recipe calls for a brownie mix, but it’s just so easy to whip up brownies from scratch that I never have any mixes around. However, the caramel part of the recipe on the package was pure genius.

My mom used to make brownies almost exactly like this when I was a kid. She called them Turtle brownies (pecans + caramel + chocolate). 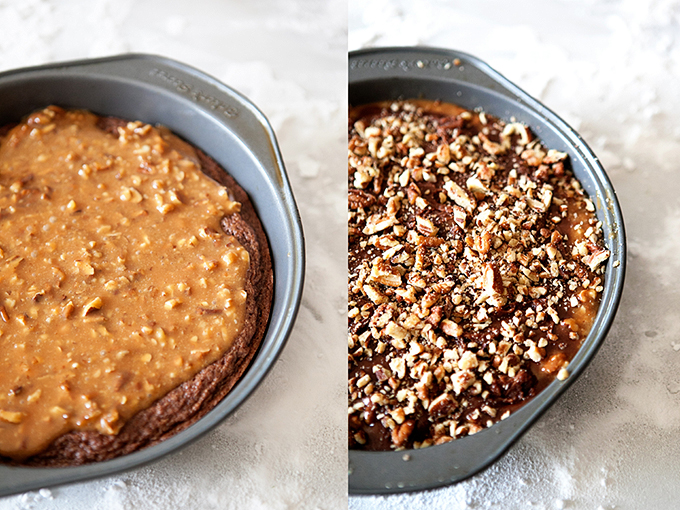 And then you pull it out of the oven and it looks like this: 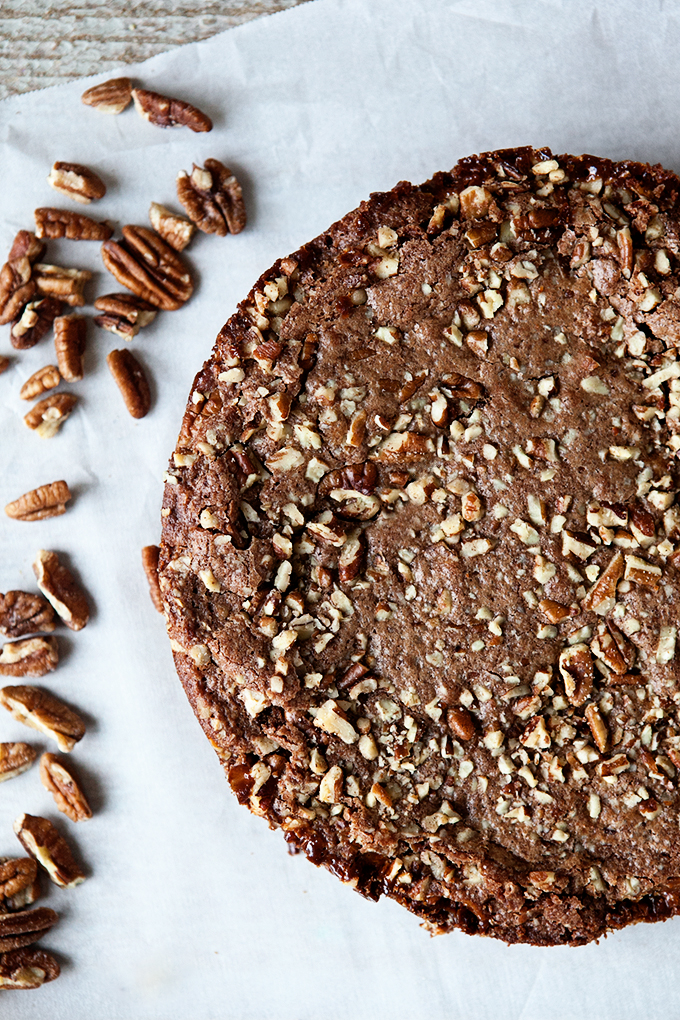 And then you top it with ice cream and slice it up and eat those Caramel Brownies like this: 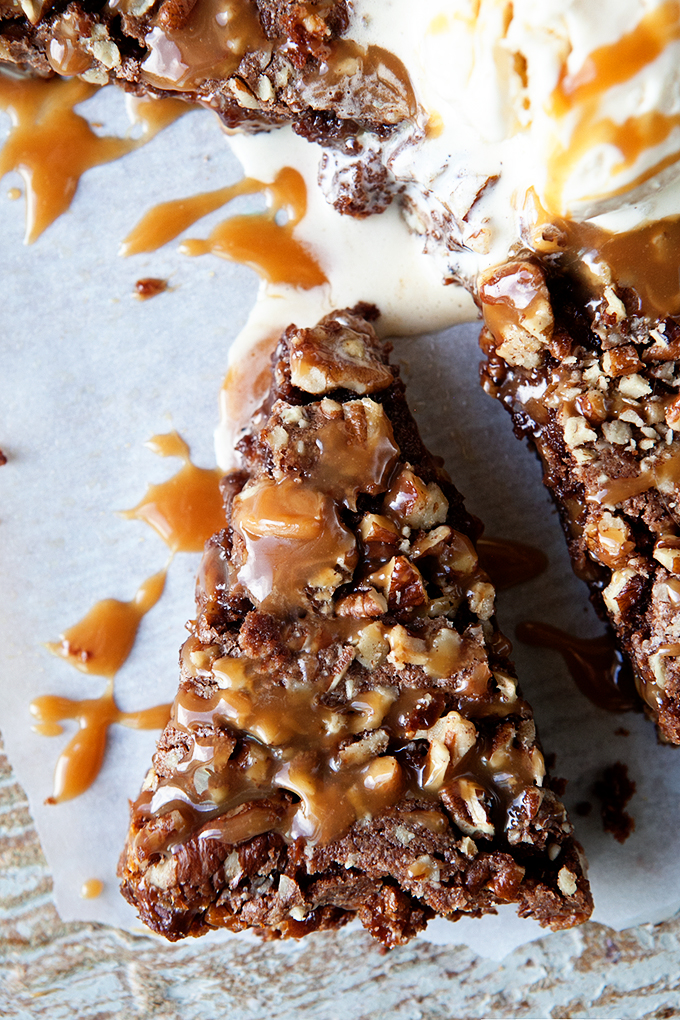 Now, I told you about that caramel layer in the middle, right? Let’s take a closer look: 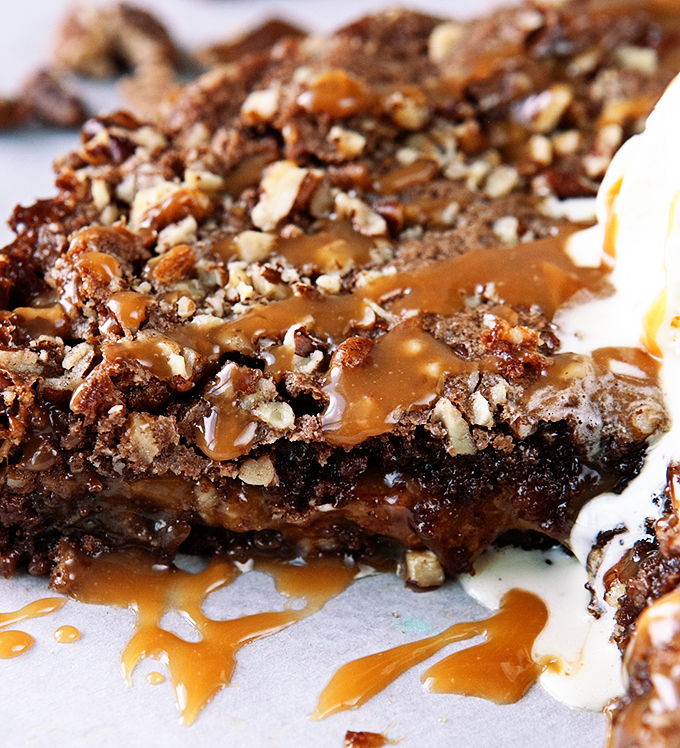 Well, enough said, I think. Go ahead and get cooking. I know you want to.

for the caramel layer

I find the Kraft Caramel Bits in the baking section at my local grocery store, and Walmart, and Target.