Here’s our family review of A Wolf Called Wander by Rosanne Parry, a brand new middle grade book out on May 7th. 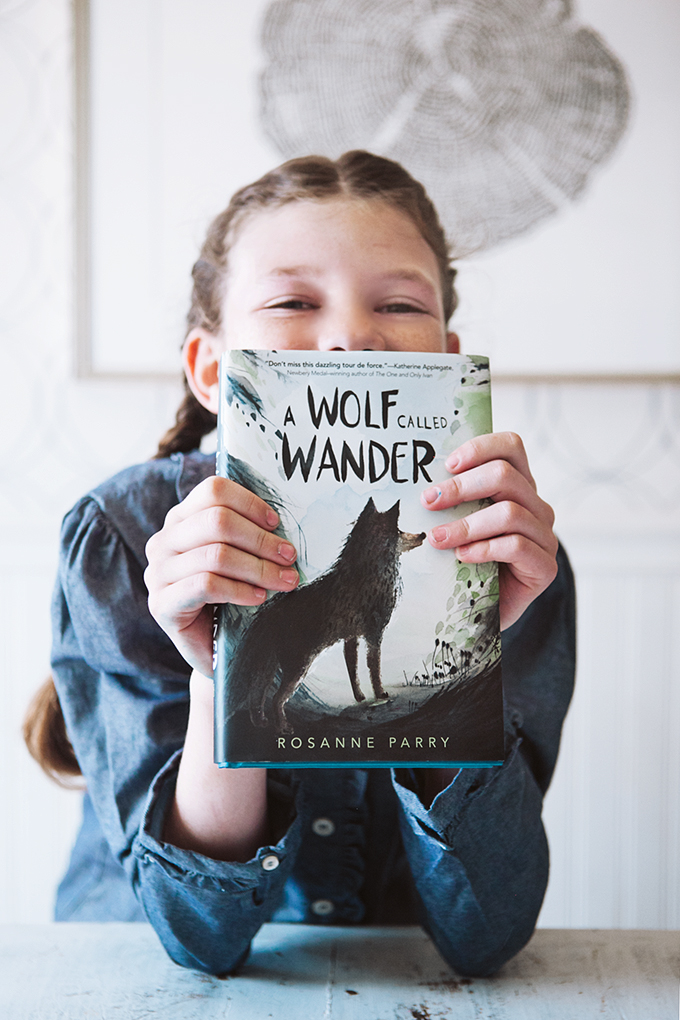 Last week I read A Wolf Called Wander by Rosanne Parry aloud with my kids. I was told it was a great read for people who enjoyed Pax by Sara Pennypacker (which my kids very much enjoyed), so we went into it with high expectations.

It was just released this week (May 7th) and I’m excited to tell you all about it!

Review of A Wolf Called Wander

The book begins in a wolf den with a new litter of wolves, still gaining their sight. It’s a true fact that young wolves don’t normally leave the den where they are born for at least three weeks! There are four pups in the den, but the story is narrated by just one of them.

The main character is a wolf, originally named Swift. The first chapters follow his early life with the other wolf cubs and their pack in the mountains. But when a rival wolf pack attacks, Swift is separated from his family and he begins a lone migration across many long miles.

The story of Swift, who later renames himself Wander after his big journey, is based on the true story of a wolf called OR-7 who traveled a thousand miles across the Pacific Northwest. And although this is obviously a fictional account from a wolf’s perspective, it feels very much like a true story. 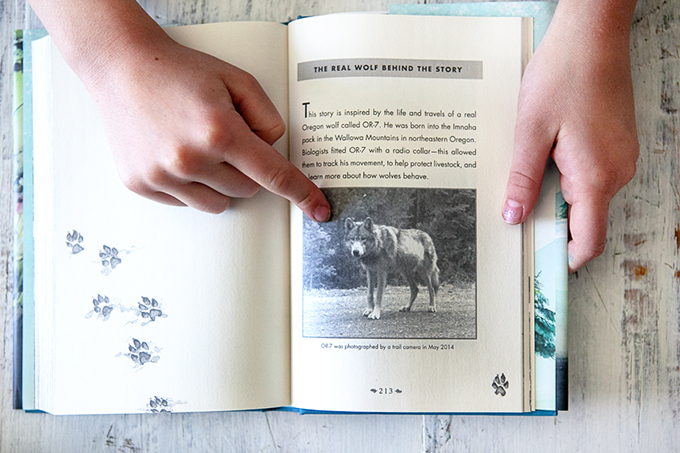 A Wolf Called Wander is very realistic. There is not a lot of dialogue, there are no human main characters, and the wolves act very much like wolves would and should in real life.

It’s a fantastic book for your animal loving kids. You can learn so much about wolves and all the intricacies of wolf behavior from this story. That being said, because it’s so realistic, there are descriptions of wolves killing elk and other animals and descriptions of them eating their prey. There are some parts that get a little intense.

I wouldn’t go so far as to say it’s “graphic,” but it is very realistic. This isn’t a cute animal story with friendly talking wolves. It’s not that kind of book.

But if you have kids that love learning about animals, love watching a good nature documentary, and are aware of the predator vs. prey relationship in nature, then this is a really great book!  There was one scene that involved the wolf re-opening one of his wounds to drink his own blood that was intense enough that my girls begged me to skip it (which I did), but my kids really enjoyed reading this. We all felt like we learned so much! 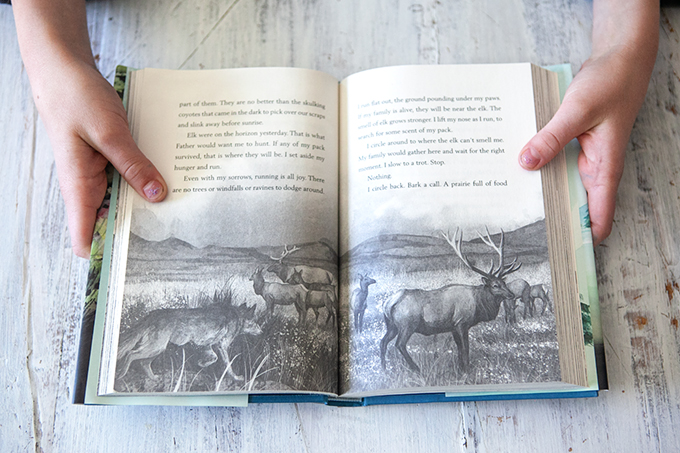 The book is full of detailed illustrations, which really brought the book to life for my kids. Plus, at the end of the book, there’s a whole section with real photographs of wolves and the real wolf this story was based on. There’s also a section at the end with wolf facts so your young naturalists will be wolf experts by the time they finish reading.

I thought it made a great family read aloud. The story was fast paced enough that we finished reading it in only four bedtime reading sessions. The kids had a hard time stopping every night because every chapter left them wondering what was going to happen next to the wolf. The writing was also so lyrical – it made a beautiful read aloud.

Since we finished last week, my kids have already flipped back through the book to reread parts and look at the pictures. I even found a little notebook laying around that one of my kids had copied a bunch of the wolf facts into. I think it’s safe to say it was a hit!

I think it’s also safe to say that if you enjoyed Pax by Sara Pennypacker, there’s a good chance that you’ll enjoy this one too. Also consider Fox 8 by George Saunders. 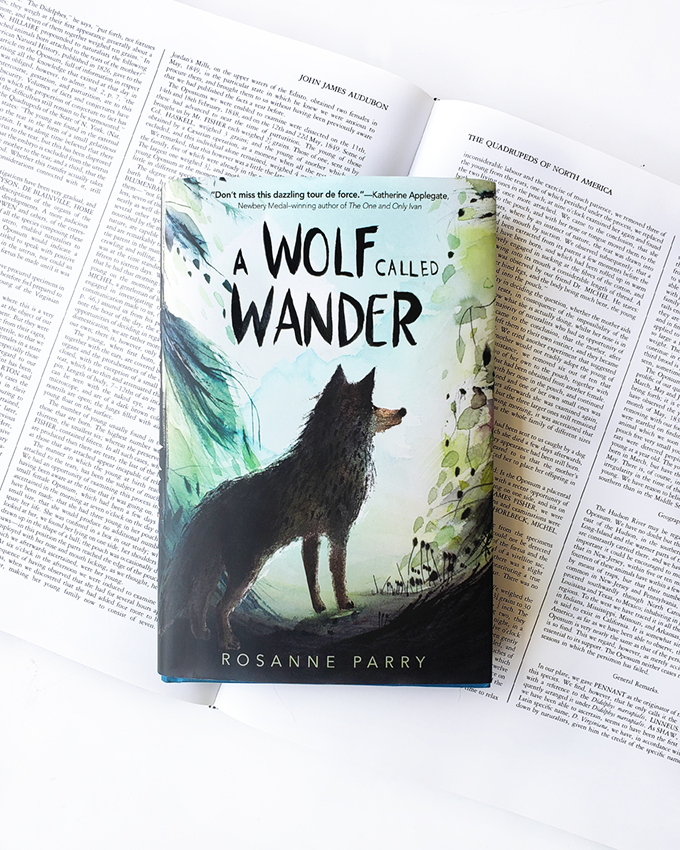 As an adult reading the book, I really appreciated what Rosanne Parry accomplished in A Wolf Called Wander. I took an Environmental History Class in graduate school that gave me a better understanding and appreciation for both wolves and coyotes. They have been misunderstood, poorly treated players in the natural world, despite how necessary and important they really are.

I loved reading this story from the wolf’s perspective! There was a chapter where men show up to protect their cattle from the wolves and chase them, spotlight them, shoot them. It was so good to have a really nuanced discussion with my kids and talk with them about both the wolves’ perspective as well as the humans’ perspective.

I think it’s wonderful that Roseanne Parry wrote a book that can help both kids and adults see wolves in an entirely new way, and maybe even appreciate them a little more.

One of my favorite parts of the book was observing how the wolf interacted with the ravens. I had no idea that they actually worked together in the wild – a friendship of sorts. It was so fascinating.

That’s really the conclusion we all arrived at: A Wolf Called Wander is a FASCINATING book! I highly recommend it for animal lovers and young naturalists.

If you’re reading it aloud it’s great for 6 and up (with my one caveat above). If your kids want to read on their own, probably 10 and up, but maybe 8 and up.

You can find A Wolf Called Wander (from Harper Collins)  here on Amazon.

I received a copy of this book from the publisher in exchange for an honest review. All thoughts are entirely my own. 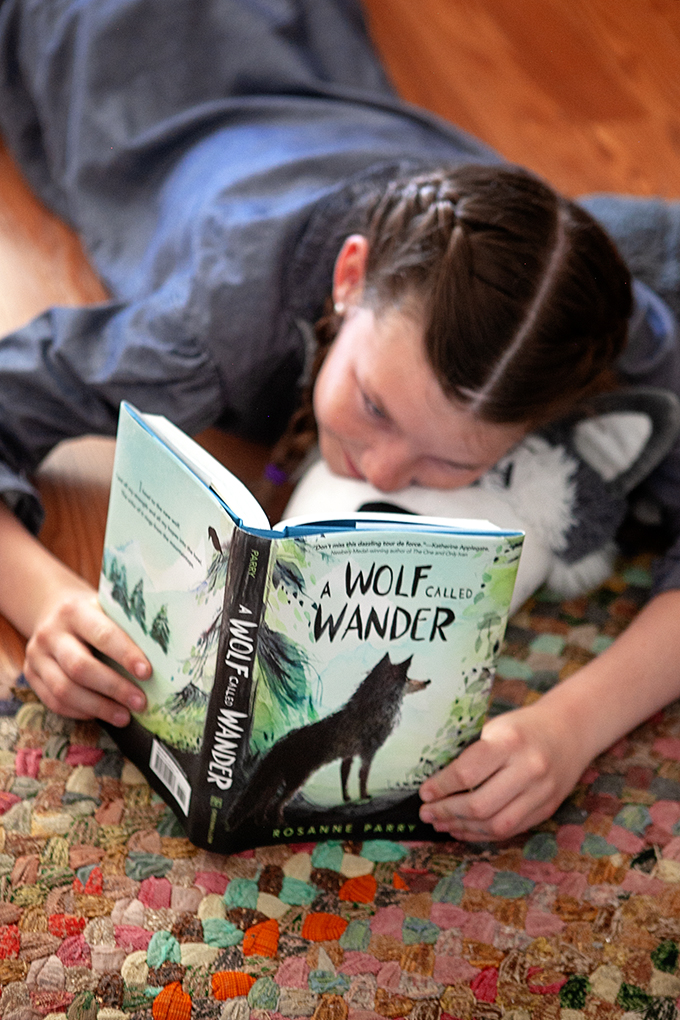