It’s important to me that my children grow up knowing that Black Lives Matter. I want them to recognize both their privilege and their responsibility to speak out against racism. These books for teens by Black authors are a good way to open the conversation.

If you are looking for books for younger teens or advanced upper middle grade readers, please note that some of the books on this list do have PG-13 content and may be best for older teens and young adults (I have noted them in the descriptions below). You can also take a look at these Middle Grade Books by Black Authors, many of which will also appeal to teens. Another great resource for previewing a book is Common Sense Media.

This is by no means a comprehensive list of books for teens by Black authors, these are just the ones that I (and/or my teenager) have read and enjoyed. As we read and discover more favorites, we’ll update this list. 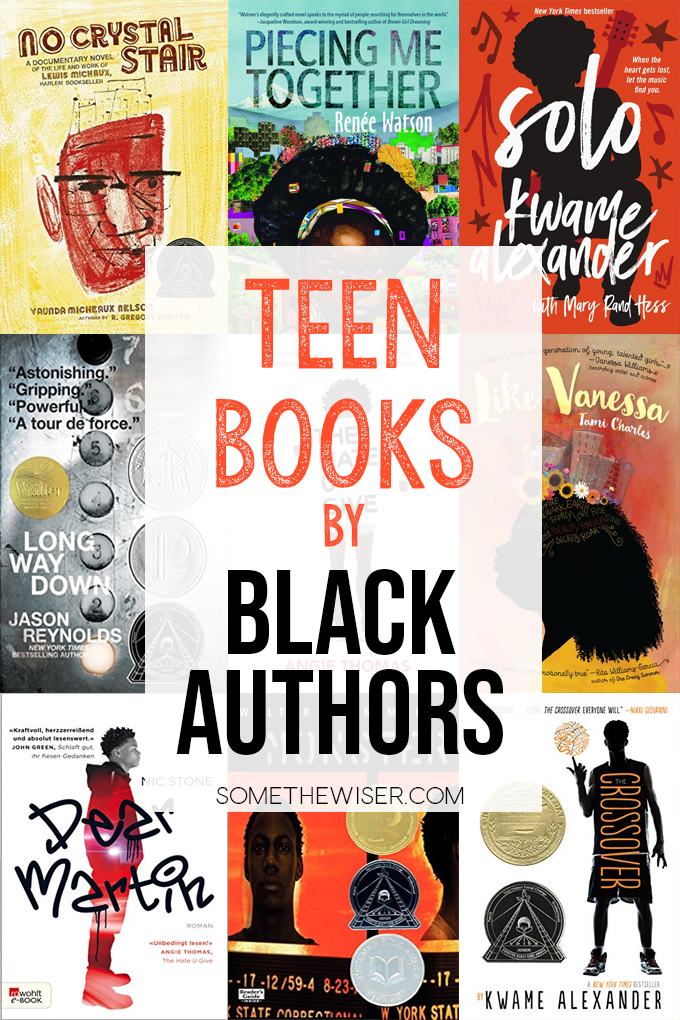 The links in this post are Amazon affiliate links and I do earn a small percentage (at no cost to you) when you purchase through these links. Because I’d like to do more to support Black authors, ALL of the money earned from the sale of these books will be donated to Black Table Arts. 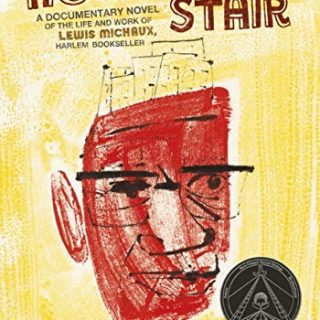 No Crystal Stair: A Documentary Novel of the Life and Work of Lewis Michaux, Harlem Bookseller

The author (one of my favorites) based this book on the life of her great-uncle. He owned a famous bookstore in Harlem, a central meeting point during the Civil Rights Movement for Black leaders and thinkers like Malcom X and Muhammad Ali. Nelson tells his story documentary style and it's absolutely fascinating. 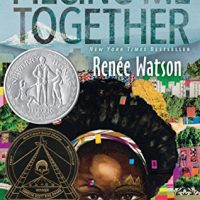 This is one of my favorite books. The story follows Jade, a scholarship student at a mostly-white private school. She's tired of being singled out as someone who needs "support," so when her teacher recommends her for a woman to woman mentorship program, she's not excited at all. But both the reader and Jade have a lot to learn. It's a quick read and a wonderful coming of age story. It's also an excellent alternative to The Hate U Give for younger teens. 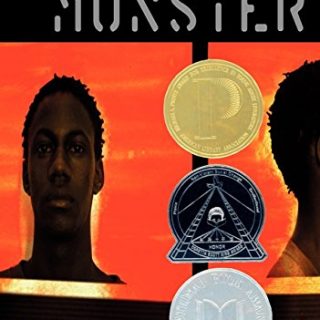 Sixteen-year-old Steve Harmon is on trial for murder. A convenience store owner was shot and killed and Steve was accused of acting as the look-out. The story is told through journal entries and movie-script-style dialogue scenes, which makes it a fast paced, engaging read, despite it's heavy subject matter. This book has won a lot of awards and deserved every one of them. 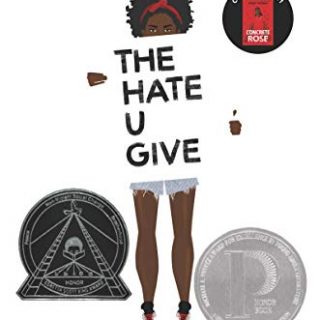 The Hate U Give

This book is spectacular and so relevant given the recent police violence. Sixteen-year-old Starr Carter is navigating two worlds - her fancy, mostly white prep school and the poor, mostly Black neighborhood where she lives. She tries to keep these two parts of her life completely separate, but when she witnesses the fatal shooting of her best friend Kahlil by a policeman, her two worlds collide. Protests and riots bring the conflict to a head. It will feel very familiar to recent events, but offers a lot of perspective too. (There is PG-13 content in this book) 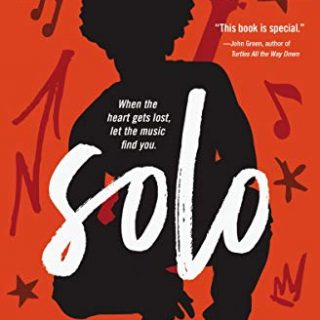 Written in verse, text messages, and song lyrics, this is a phenomenal book. Blade's father was once a big time rock star, but now, he's just a washed up addict. Blade feels lost and he's tired of people assuming he'll follow in his father's ignominious footsteps. When he finds a mysterious letter hinting at a family secret, it sets off a chain of events that lead him all the way to Ghana. 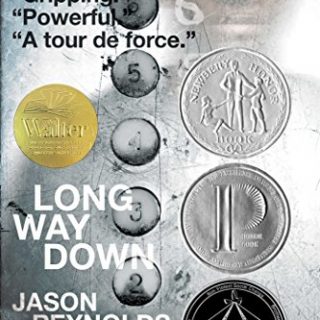 Fifteen year old Will's brother was just killed by gang members. The entire story takes place in an elevator as Will travels down -seven chapters for the seven floors down. He's on his way to get his revenge on the murderers, but on each floor Will gains a little more perspective and as a bigger story unfolds, so does Will's understanding. This is one of my teenager's all-time favorite books. It's brilliant and powerful. 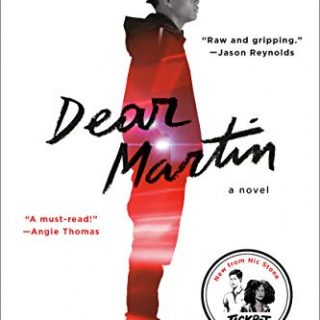 Justyce is in his final year of school where he has excelled academically and has already received early acceptance to Yale. He's bright and ambitious and hasn't experienced a lot of racism in his life so it comes as a shock when he's arrested one night when trying to help a drunk friend into the backseat of their car. In an effort to gain perspective, he starts a personal project to understand Martin Luther King Jr. better and he begins writing letters to him in his journal. However, when his best friend is shot and killed by an off-duty cop, Justyce has to learn a lot of lessons the hard way. It's a profound and moving story, and a real page turner. ((There is PG-13 content in this book) 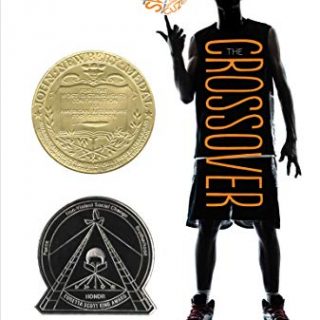 Note: Because this is written in verse, this is an excellent audiobook. This is one of our favorites! It's Contemporary Realistic Fiction about two twin brothers, basketball stars whose dad was an NBA caliber player in his own day. It's a phenomenal book about growing up and the struggles of junior high. 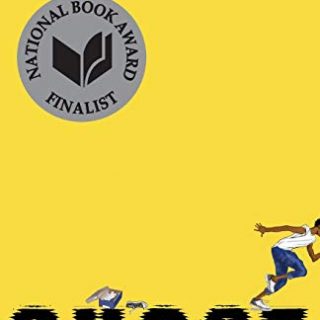 This is the first in a superb series about four kids from different walks of life who all come together on the track team. This first book is about Ghost, a.k.a. Castle Crenshaw, who first started running because of a tragic home situation, then running from trouble of his own making. When he meets the track Coach, he starts running towards something instead of away. 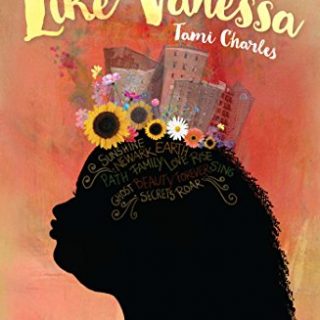 Set in the 1980's, fourteen-year-old Vanessa just watched the first Black woman be crowned Miss America. Her home life has been hard - she doesn't remember her mother, she lives with her grandfather who is an alcoholic, and they struggle to get by - and she doesn't have a lot of self confidence. But when a teacher encourages her to join a beauty pageant, Vanessa learns to see herself in a whole new light. 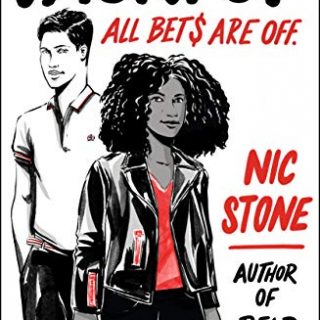 This is a super fun, page-turning YA romance. Rico is a senior in high school, working every shift she can get at the gas station to help out her mom and younger brother at home. So, when a winning lotto ticket is purchased at her gas station and the winner doesn't come forward, Rico decides to do a little detective work. She gets Zan, her rich and popular classmate, to join her on the search for the winning ticket . . . but the more time they spend together, the more Rico likes him. (There is PG-13 content in this book) 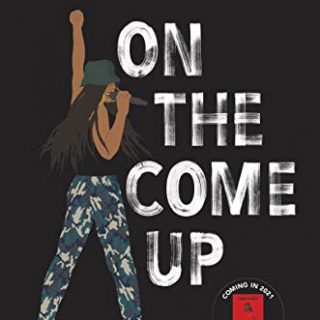 On The Come Up

I loved this book about a sixteen-year-old girl who dreams of becoming a famous rapper. Bri has skills and tons of ambition, but her mom just lost her job, they're facing eviction, and she accidentally gets herself involved in a big public controversy and is being cast unfairly as a hoodlum. But just because the deck is stacked against her, it doesn't mean Bri can't rise to the occasion. (This book contains some PG-13 content)