This Asian Veggie Peanut Noodle Bowl is quick, simple, and deliciously healthy! It’s completely customizable too – pick the crunchy veggies you like most. 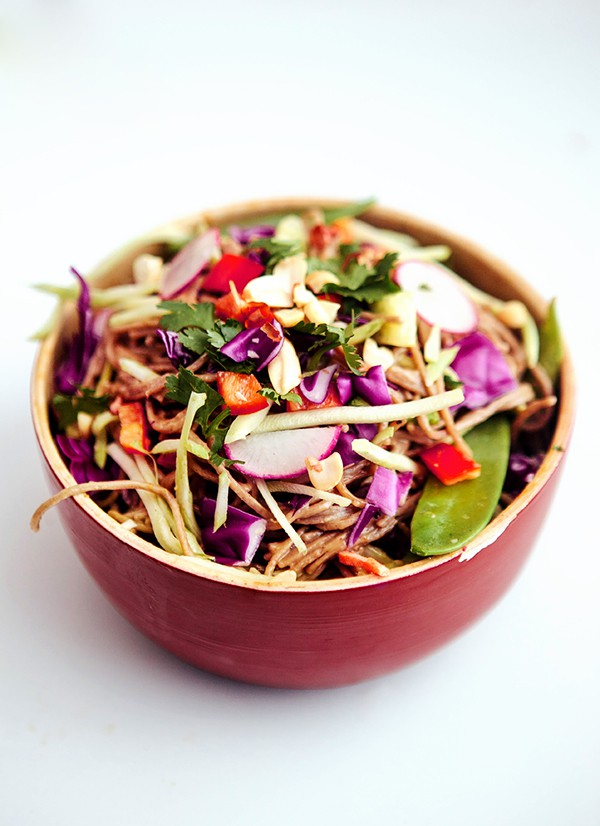 Last weekend the kids and I went to a party. I met the nicest woman and we were having a lovely conversation. But, as often seems to be the case, she inevitably made reference to my husband. When this happens in a conversation, I have two choices: 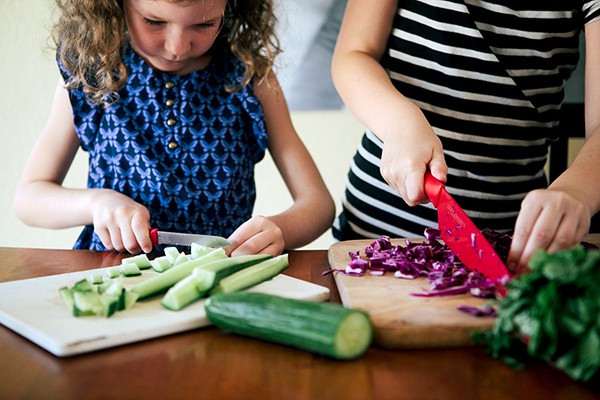 Option one is best when it works, but all too often it leads to a more awkward moment later in the conversation when a direct question, like “So, what does your husband do for a living?”, is asked and I am then forced to acknowledge my divorce while the other person wonders why I’ve been letting them ramble on about marriage for the past ten minutes.

Option two, however, almost always leads to an immediate halt in the conversation as the other party struggles for something to say and I try to deflect the awkwardness with optimism – see, it’s okay, I’m okay, don’t worry, it’s fine, no big deal. The conversation usually ends at about this point. 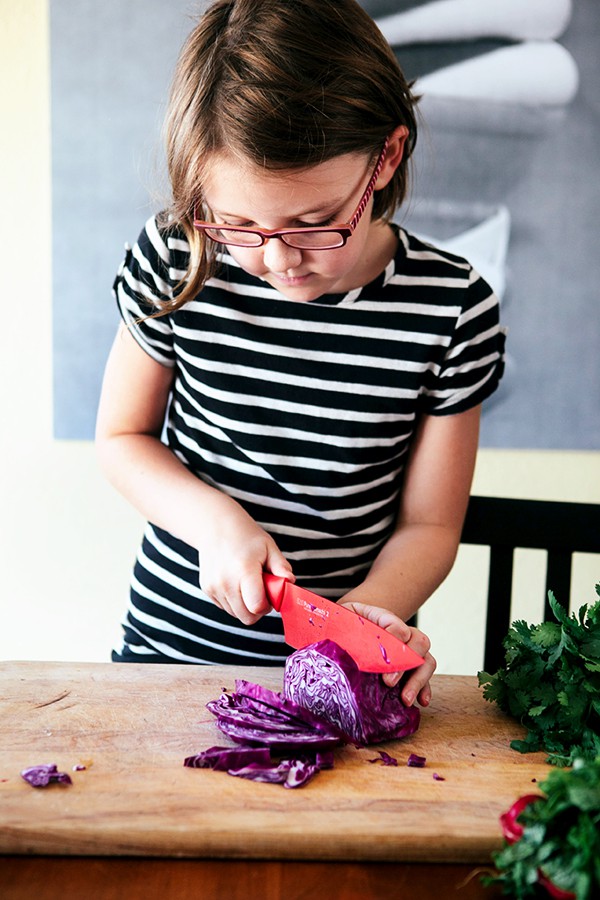 There really just isn’t a good way to sweep past the subject, especially when I’ve got my four kids in tow. It’s almost as big of a problem as who is going to take out the trash every week. Trash is not my job. And yet, I’m the only one here.

It’s a real problem, but not so real that it can’t be remedied by a good bowl of noodles. This Asian Veggie Peanut Noodle Bowl is the best because I taught my kids how to make it. Now, it’s almost like going out to lunch! They’ll even serve it up for me if I ask really nicely. 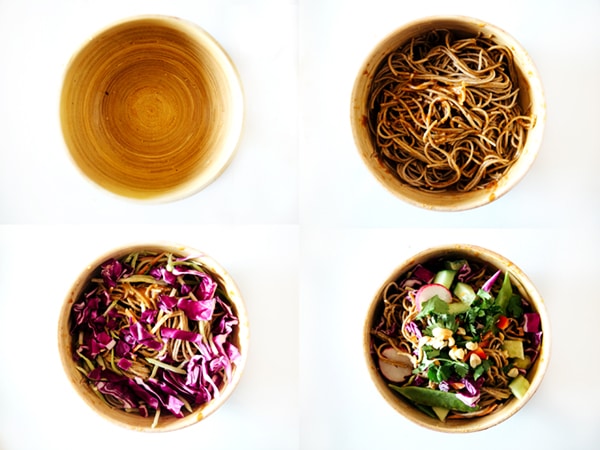 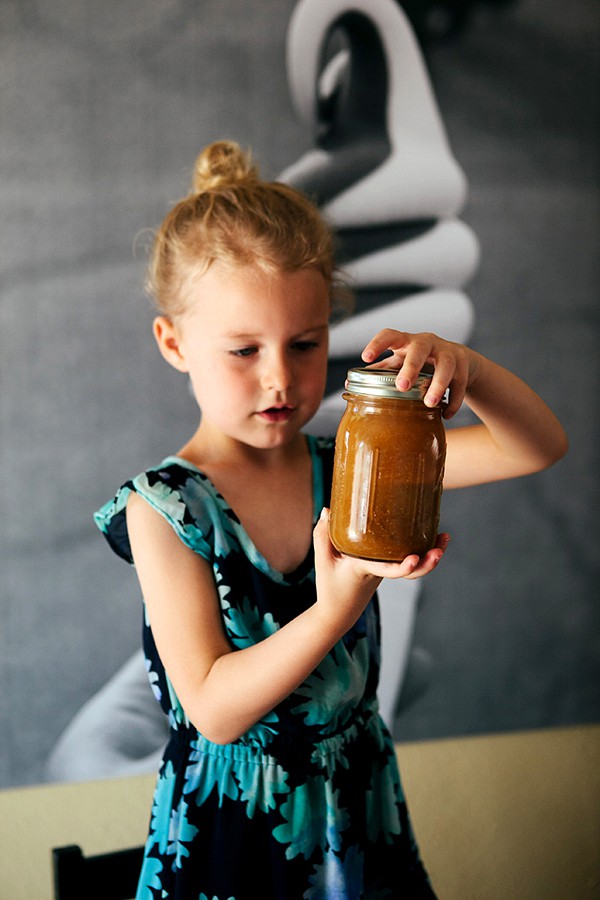 The kids like this recipe because they get to pick and choose which veggies they want in their bowls. They also enjoy all the chopping- they will even lobby for more vegetables if it means more chopping. Unless you’re Ada who would rather stick to safer kitchen activities like shaking up the dressing in a jar.

This is our favorite lunch lately and it’s a big step up from peanut butter and jelly sandwiches. It’s one thing that is working well these days. 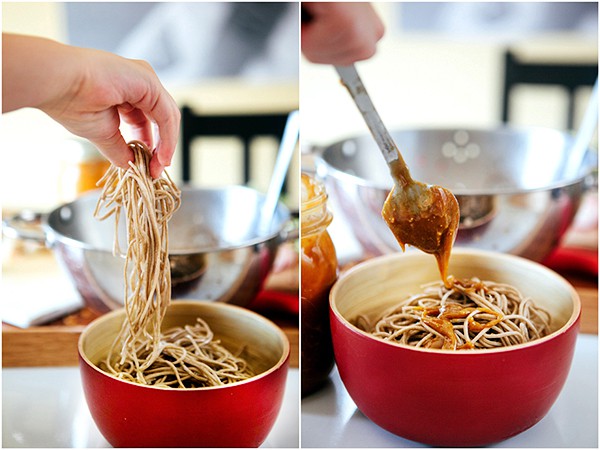 Unfortunately, I will probably keep having uncomfortable conversations about my marital status. I will probably also keep eating this Peanut Noodle Bowl that my kids like to make. So, it all kind of evens out in the end.

Now, if only I could remember to take out the trash every week . . . 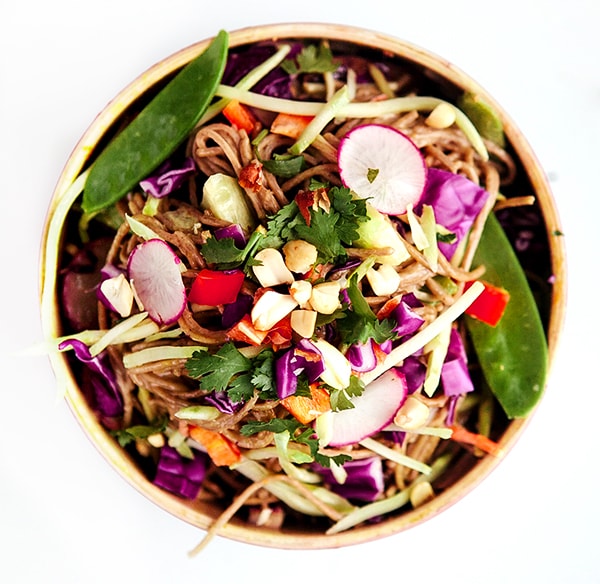