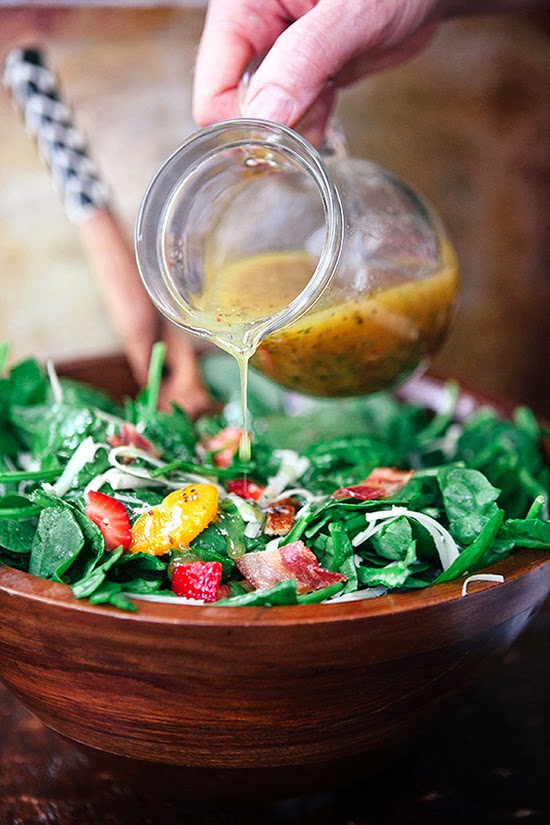 Take this Strawberry Bacon Spinach Salad, for example. It’s a recipe my family has been enjoying for many years. It didn’t really have a name, until just now, but my siblings and I refer to it as “you know, that spinach salad with the yummy dressing” and we would all conjure up an image of this particular salad and ask mom to make it. 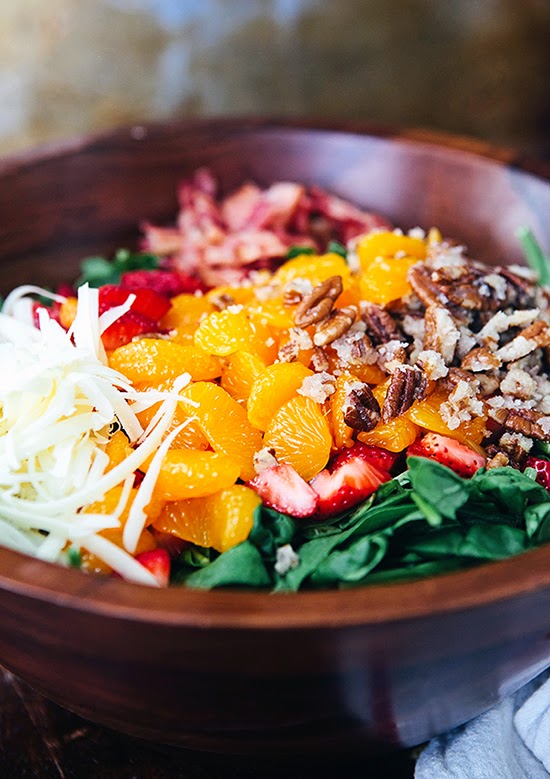 It is a really delicious salad. The problem, however, is that no one but mom can ever pull it off because all of her recipes are in her head and they vary each time she makes them. She often jokes that she has never cooked the same thing twice . . . and the funny part of the joke is that it’s mostly true. 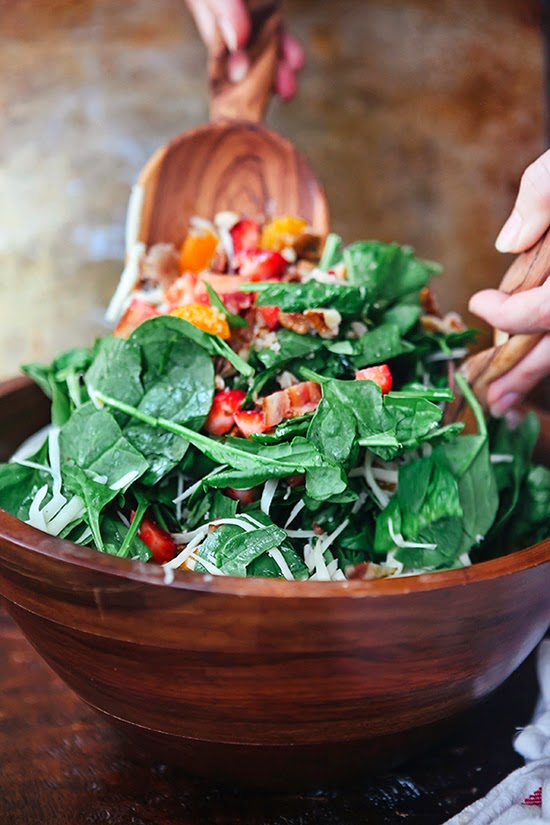 I tried to get my mother to put this salad and dressing recipe on paper for me, but the recipe card she handed me was more of an idea card than an actual recipe. There was a partial list of ingredients, with no amounts specified, and no instructions. She thinks it takes all the fun out of it if you have to be so specific – better to just try a little of this and that and see what happens.

Though I am my mother’s daughter, I like a recipe – the kind with detailed instructions and specific amounts. I’m all for substituting this for that, experimenting with ingredients, and even making things up from scratch because I do agree with mom, it’s often more fun that way.

However, when I come across a dish that’s really good, I like to write it down, test it a few times, and make a recipe. I like to think that the ratty old notebook I keep in the kitchen is one of my most important kitchen tools. Thus, my mother’s “spinach salad with the yummy dressing” has finally been pinned down as this “Strawberry Bacon Spinach Salad with Poppy Seed Dressing.” 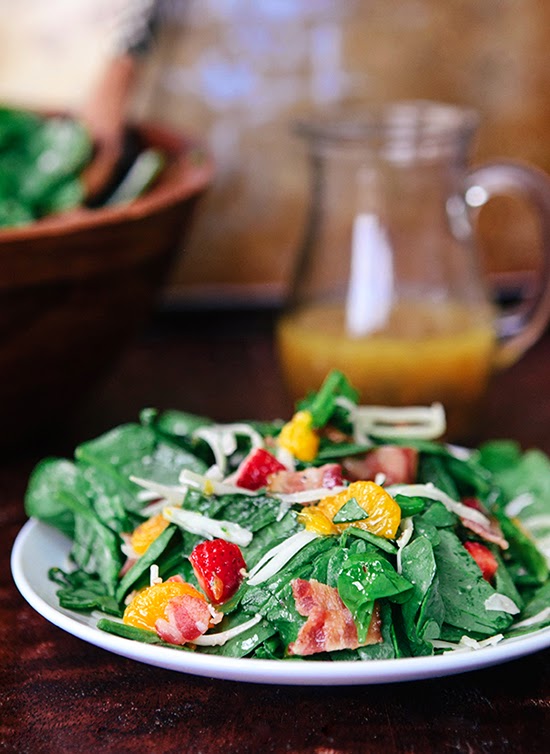 It may not be exactly like my mother’s grab bag version, but this salad is as close as I could get to the real thing. It tastes pretty darn good, but you don’t have to take my word for it – here’s the recipe:

The dressing is so delicious, I often double the recipe and keep it in the fridge to use for another week.