A review of The Helper Hare: an Easter Tradition that’s easy to do, doesn’t involve candy, and inspires kind and helpful children! 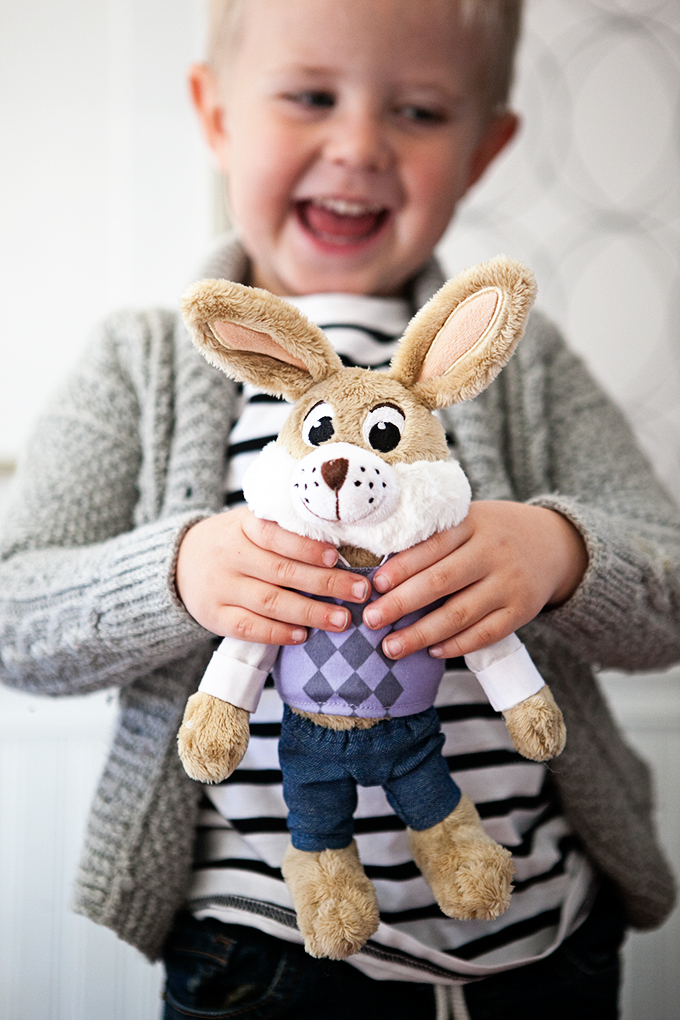 This review is not sponsored, we just wanted to share our experience with The Helper Hare. We did receive a complimentary Helper Hare, but all opinions are entirely my own.

I am a mediocre mom when it comes to most holiday traditions. I do love holidays and seasonal traditions, and I even attempt to acknowledge most of them in some way.

Suddenly, my efforts to buy a pair of green socks for everyone for Saint Patrick’s day were mediocre at best, and negligible at worst, when compared to the internet people with leprechauns leaving trails of gold and rainbows all around the house. And this is just Saint Patrick’s Day! Christmas antics have climbed to Everest heights and I don’t have the oxygen for that kind of thing. Elaborate advent calendars with treats, presents, and activities for the entire month before the big holiday, which requires a significant time and money investment of its own!? Elves that hide daily and present treats and cleverly executed tricks and hilarious messes!?

I envy all of you who can pull off this level of holiday engagement, really I do. However, my attempt at an advent calendar last year never made it past day 3 because I couldn’t get my act together.

That’s where The Helper Hare enters the scene. 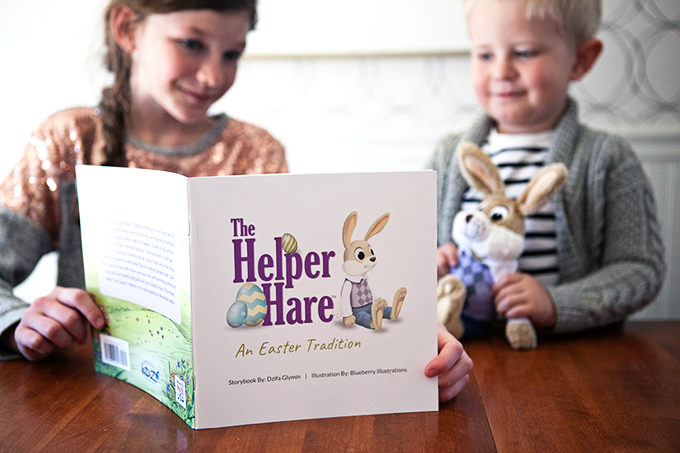 When I saw The Helper Hare making its way around Instagram, my first mediocre mom instinct was to ignore it entirely. It sounded a little too much like one of those Christmas elves that only make me feel guilty. But then a few book bloggers that I really like wrote some thoughtful reviews about how helpful it was and I decided to investigate. Helpful is something that always interests this mom!

Turns out, The Helper Hare isn’t really like those Elf on the Shelf toys at all. It’s so much better! 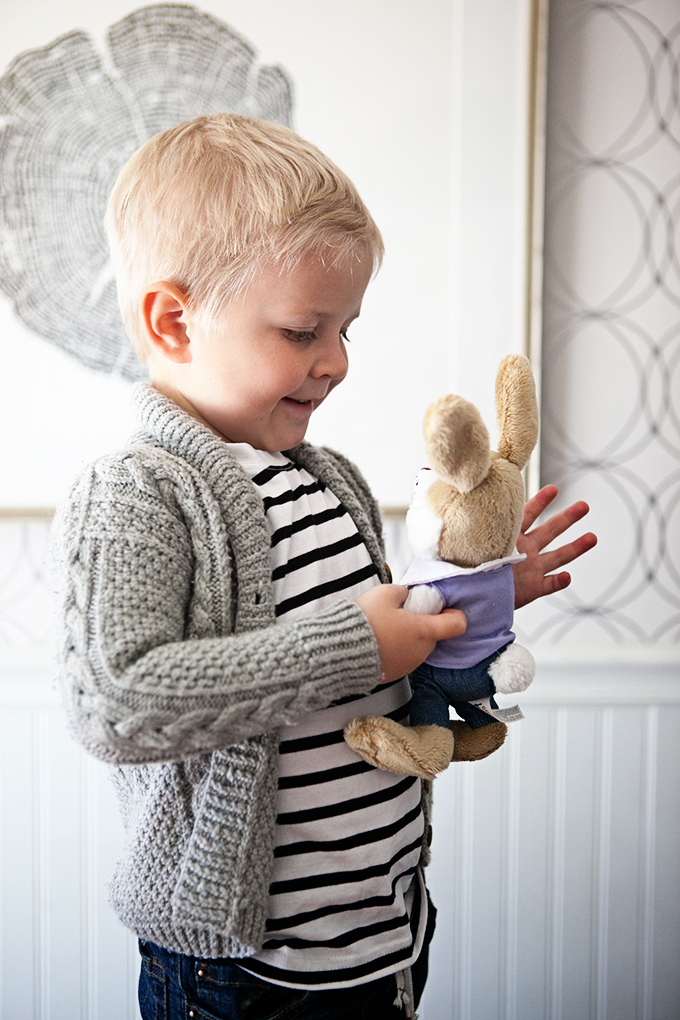 The Helper Hare is an Easter Tradition designed to add a little fun to the week or two before Easter, but also to make the holiday a little easier. When Helper Hare shows up, he wants to see how helpful your children can be. They can play with him during the day, but he’s always keeping on eye on things and taking notes. When the kids to bed at night, Helper Hare reports back to the Easter Bunny on what he has seen.

Unlike the elves, the hare doesn’t get up to any crazy antics. Also, he’s not expected to bring treats for all those days before the holiday. This scores him major points in my book. 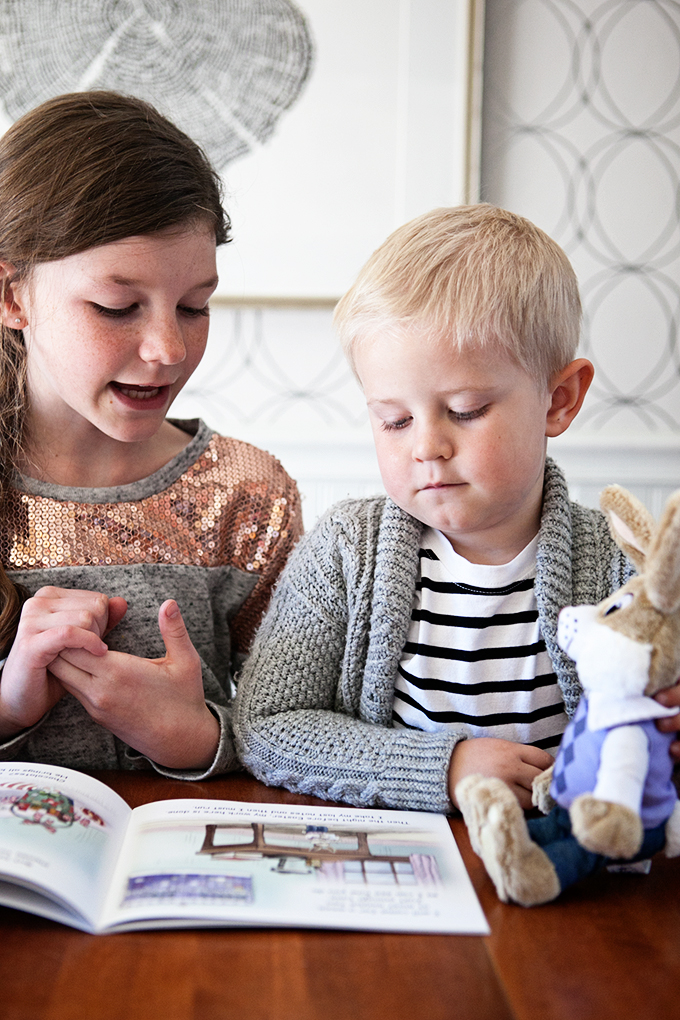 The Helper Hare comes with a short picture book that explains how the Helper Hare works and what he’s watching for. It also has a page to fill out with the name you choose for your own helper hare. The kids named ours Harry!

The book itself isn’t amazing, but my kids enjoyed it. What is amazing, however, is the whole concept! I love anything that can positively motivate kids to be their best. Since Harry, our helper hare, arrived, all I have to do to remind the kids to speak kindly to each other is to pull out the hare – he gets an instant reaction! 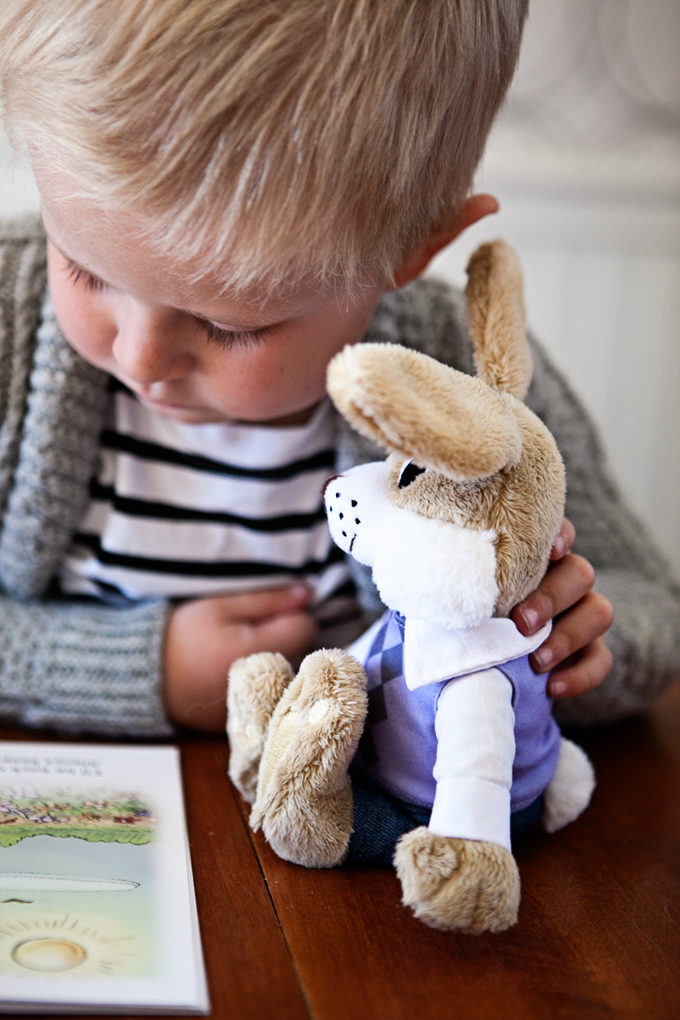 The actual toy helper hare is excellent quality and absolutely adorable. Unlike the elf on a shelf, which I’ve heard the kids aren’t supposed to touch, the helper hare loves to play. My kids, especially the youngest two, have made the hare their play companion almost every day since he arrived. Best of all, they’ll have something other than candy to look forward to next year too!

This is an Easter Tradition that my whole family is loving! I am so happy to have a non-candy holiday treat to make the season feel a little more special. I appreciate that it doesn’t take much effort from me either. Most of all, I love that my kids are thinking of more ways to be kind and helpful with the hare in the house. This is an Easter Tradition that has my wholehearted recommendation! 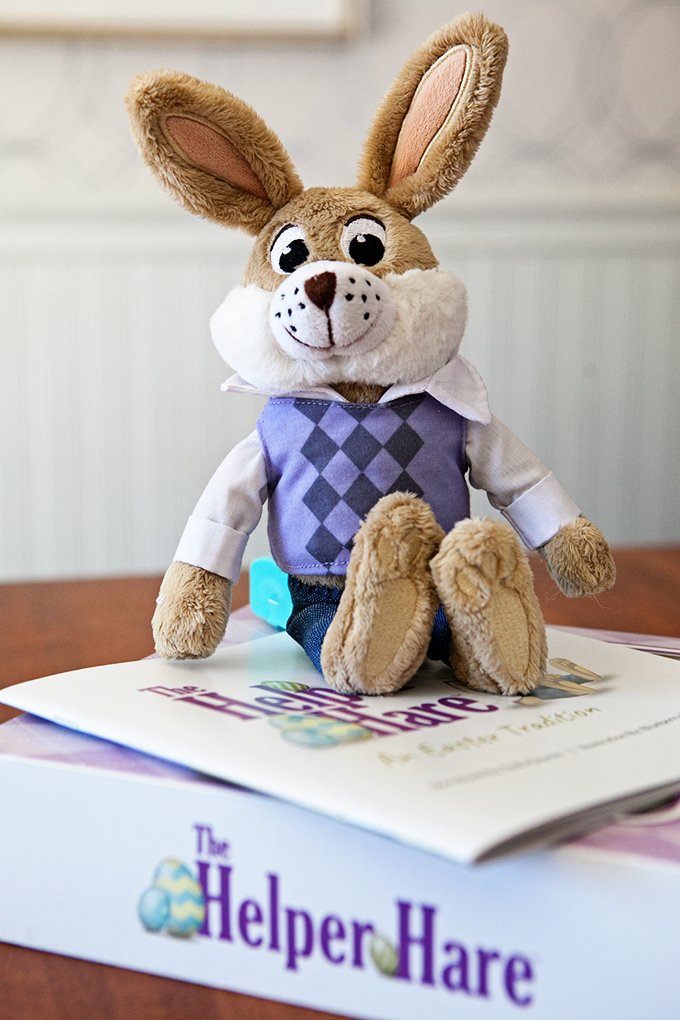 You can find out more about The Helper Hare, and get a cuddly hare of your own, here. It’s on sale right now and there’s still time to get one before Easter this year!

I’d love to hear about some of your Easter Traditions – especially the simple ones. What are you putting in Easter Baskets this year? 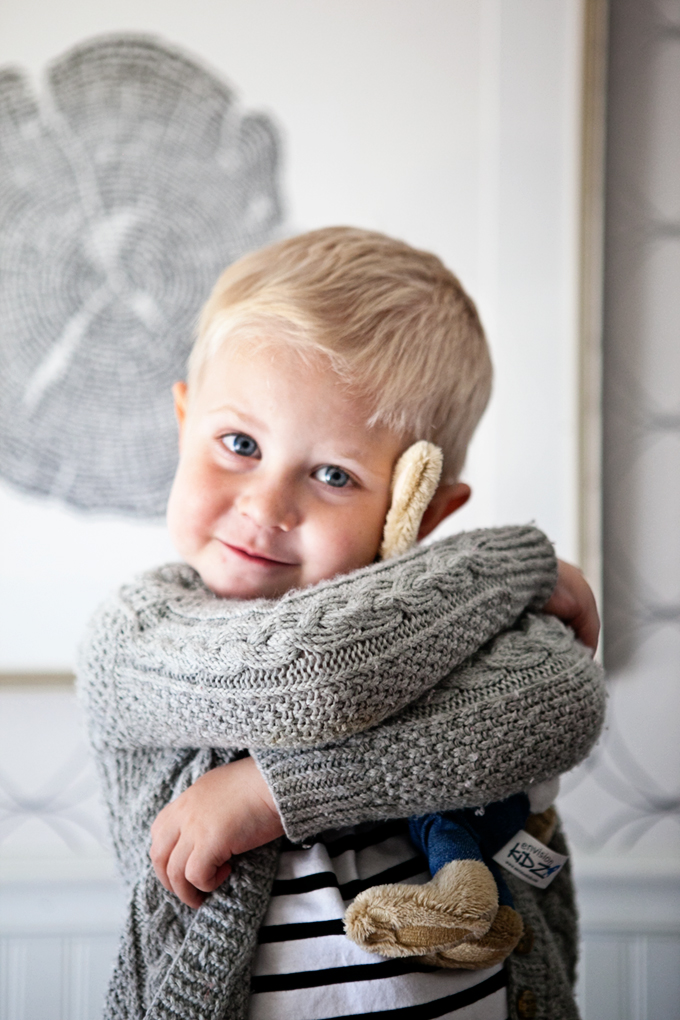