Join me today on The Hunt for the Mad Wolf’s Daughter Blog Tour. This was one of our favorite books of 2018 and the sequel comes out next week! 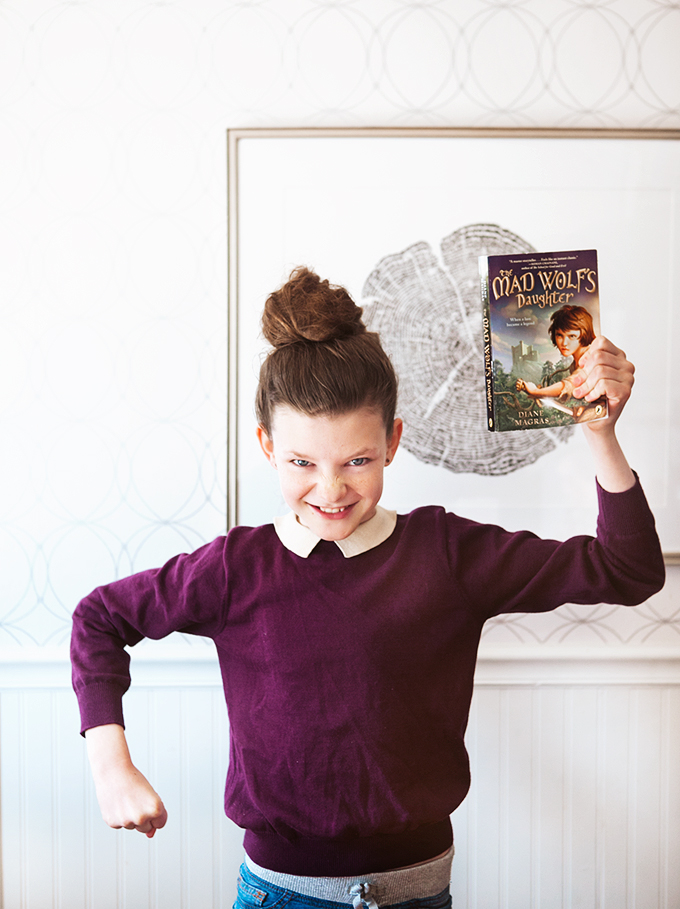 I’m so excited to talk about one of my very favorite book characters today!

Remember how I raved about The Mad Wolf’s Daughter by Diane Magras? I even picked it as one of my favorite books of 2018! I just fell in love with Drest and her whole family of rowdy Scottish warriors.

Next week I’ll share my review of the sequel (spoiler alert: I loved it!). Today, I want to tell you about Drest, one of the coolest girl characters I’ve ever come across in a middle grade book!

In the opening chapter of The Mad Wolf’s Daughter, enemy knights invade the Scottish headland Drest calls home. Her entire family, five brothers and her warrior father, are captured and Drest alone is left to save them all.

With a wounded enemy knight in tow, Drest sets off through medieval Scotland to rescue her family from the castle prison before they hang.

Talk about an incredible set up for a 12 year old heroine!

I read this book with my three girls and it was both refreshing and exciting to read a book with such a strong, courageous, admirable female heroine. By the time we finished the book we weren’t just rooting for Drest, we all wanted to be just like her too! 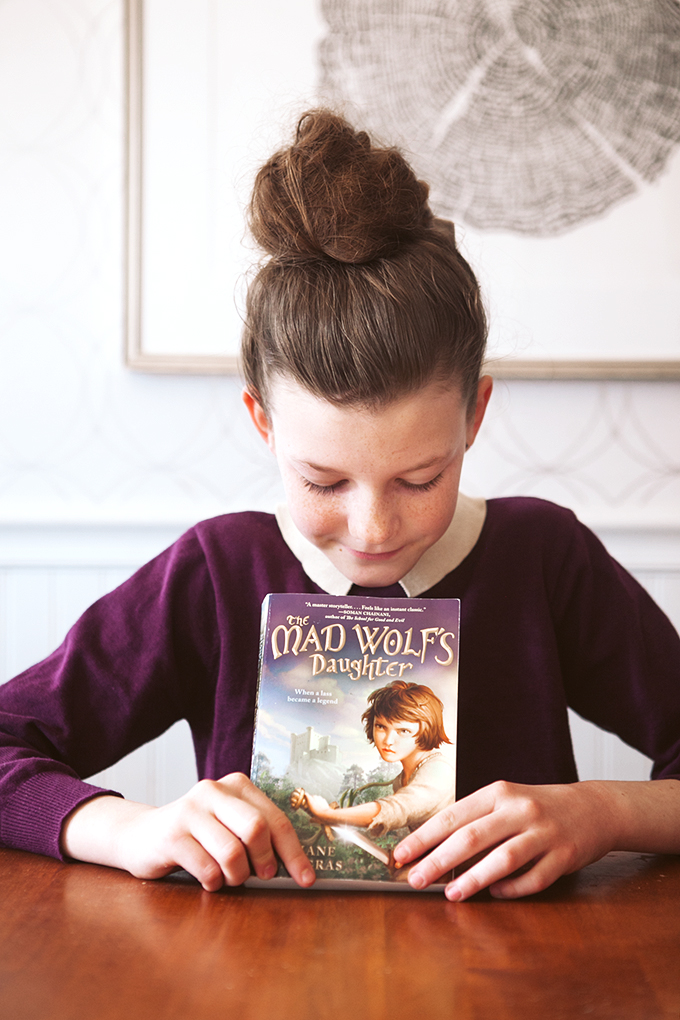 At our house, book characters like this take on a life of their own. We find ourselves thinking about them long after we’ve closed the book. They work their way into our thoughts and conversations long after we’re done reading, especially the most inspiring ones like Drest.

One thing I love to do with my kids when we’re reading a book with characters we love is to extend the character beyond the book. We apply what we’ve read to our real life: What do you think Drest would do on the playground if she saw someone being bullied? What advice would Drest give you before you go on stage to perform at the recital? Etc.

No, my girls don’t have to rescue anyone from castle dungeons these days, but it does in fact take a whole lot of fierce bravery to make it through a day in middle school. I love that Drest, the legend that she is, can help them feel a little stronger as they do it.

But it’s not all serious life lessons around here. The book is so much fun! It’s action-packed on every page and exciting from beginning to end. There are sword fights, vengeful bandits, and even a mysterious witch in the woods.

So, to have a little more fun with the book, the kids and I also did some speculating about what some of Drest’s favorite things would be. 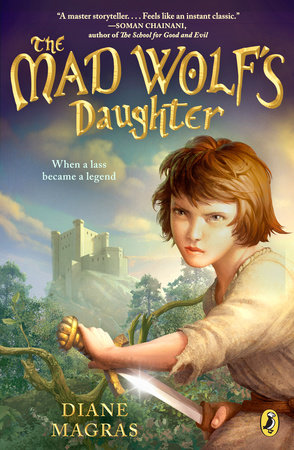 The music two swords make when they clang together? Or maybe the sound of the ocean crashing against the headland’s cliffs?

This one provoked a little debate. In the book, there was a fire roasted rabbit that probaby would have been mighty tasty after a day on the run, but it’s stolen by a bandit.

There’s also some pottage, but while Drest is grateful for the food, it sure didn’t sound very appetizing.

A loaf of bread is always nice, but hard to come by in the woods.

So, we had to get a a little creative. We determined that Drest’s favorite food would have to be a trail mix – hearty enough to give her energy on the run, but quick and easy to eat because nothing’s going to slow that girl down! 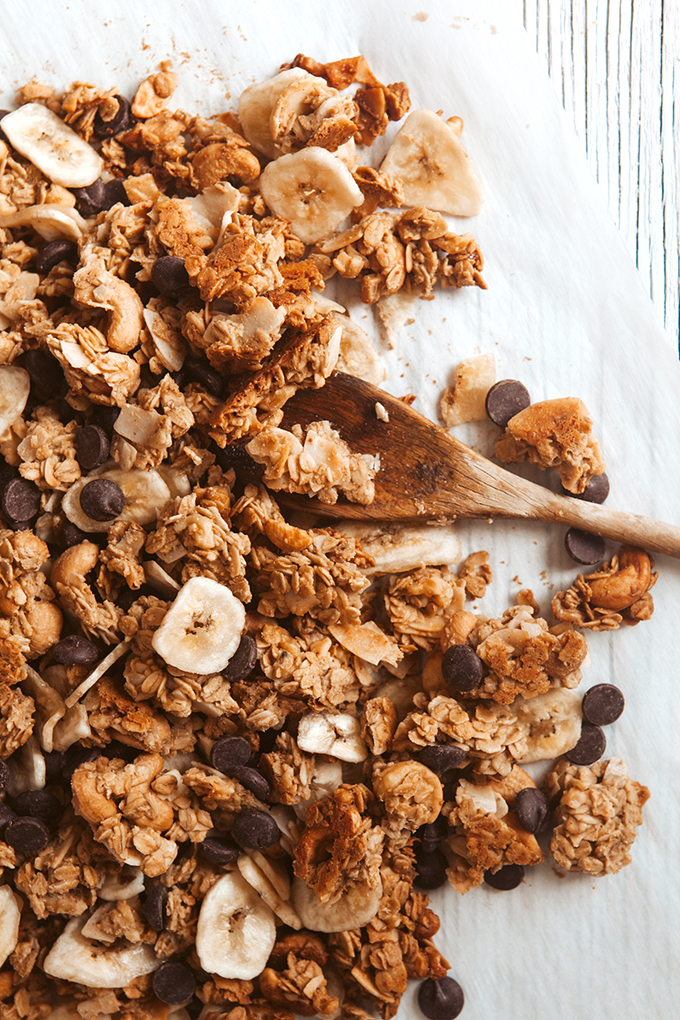 In honor of Drest and The Hunt for the Mad Wolf’s Daughter Blog Tour, we developed a special Trail Mix recipe just for Drest. The kids and I had a lot of fun putting this together and deciding what ingredients would be the best fuel for a legend like Drest as she races through the woods to save her family from certain death.

We came up with this Chunky Monkey Trail Mix, and we think Drest would give it two thumbs up!

You can find the recipe for Drest’s On-the-Run Trail Mix here.

You can also stop by and see what else is happening on The Hunt for the Mad Wolf’s Daughter Blog Tour:

March 1 – Some the Wiser – Character Recommendations