Halloween Read Alouds are a simple way to make the Halloween season last all month long. These spooky and not-so-spooky Halloween reads are great books to read aloud, or listen to as audiobooks. 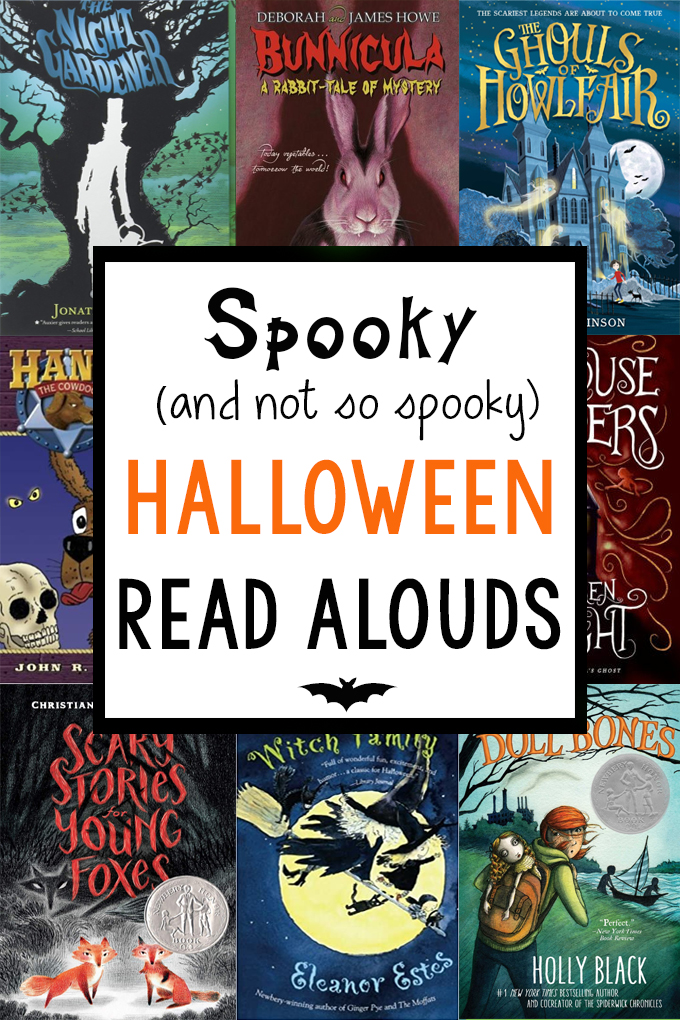 It’s especially fun when we find Halloween Read alouds that have been turned into movies too!

My kids don’t really get scared (a trait they definitely did NOT inherit from me) so we often read spooky, and even scary Halloween read alouds. But I have always been a pretty big scaredy cat, so I included some not so spooky books too (towards the end of the list).

If you’re looking for Halloween Picture Books, these are our favorites. You can also find more Scary Middle Grade Books here too. 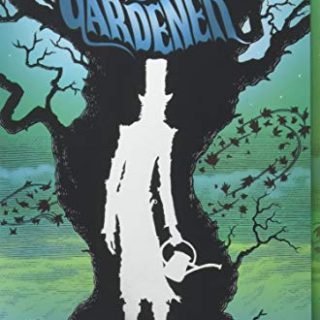 This is my favorite of all the Halloween Read Alouds! It's an eerie Victorian ghost story, with wisdom and insight weaved in. My kids begged for extra chapters every night.

Two abandoned Irish siblings are looking for work and are hired as servants in a spooky old manor house in England. But something isn’t right with the house or the supernatural tree in the front yard. It’s a gripping tale! 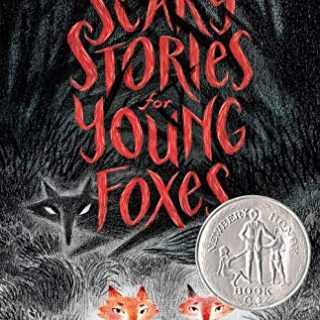 If you're thinking, "Foxes? How scary can a book about foxes get?" then you aren't giving Mr. Heidicker the credit he is due. This book is downright spine chilling, even if it is told by (and for) young foxes.

It's unusual for a book of horror to get a nod from the Newbery committee, but that just shows you how special this frightening little Newbery Honor book really is. If you have kids that love a good scare, definitely check this one out. 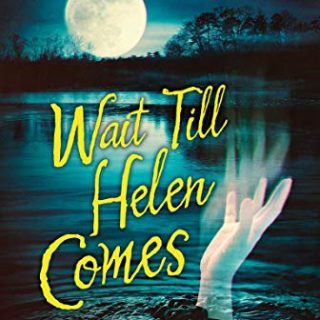 This book scared the living daylights out of me as a kid. When I found my old childhood copy and shared my fear with my own kids, little thrill seekers, they begged me to read it aloud. I obliged and while I still found it quite spooky as an adult, my kids laughed at me. They didn't think it was very scary, though they did beg for extra chapters every night so I still think it was a Halloween success.

When Molly and Michael’s mother remarries, they move into an old refurbished church in Maryland with their new stepfather and stepsister, Heather. While Molly and Michael both try to initiate a friendship with Heather, she remains cold and unfriendly to them both. Things only get worse when Heather meets Helen, a spiteful ghost with anger issues of her own. 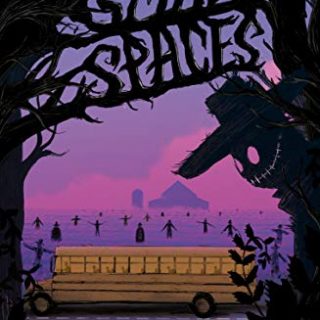 We read this one last year, but grown up as I may be, it still scared the heck out of me.

On her way from school one day, eleven year old Ollie comes across a distraught women threatening to throw a book into the river. When Ollie takes the book from her, the crazed woman leaves her with one piece of advice: “Avoid large spaces at night. Keep to small.” It only gets creepier from there. Good luck! 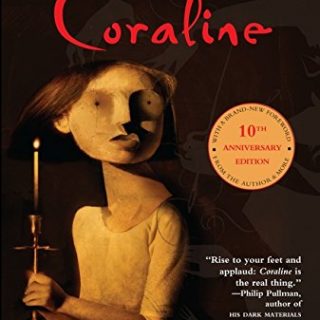 This book is creepy, and the movie is even creepier. It's fun to read and then watch in October!

Coraline unlocks a mysterious door in her family's new apartment and finds an alternate world that looks identical to her own. There are, however, a few key differences, including parents that want to keep her locked in the alternate world.

My kids, who are rarely scared of anything, were actually quite spooked by the movie version - but in a fun way. 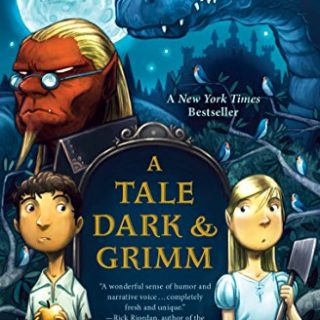 A Tale Dark and Grimm

There are a lot of fairytale adaptations out there, but none quite like this. It begins with Hansel and Gretel. As they escape from their parents, they weave their way through the Grimm fairytales, but this time with all the gory bits left in. There is violence in this book, but Gidwitz is kind enough to warn you with little asides like, "Warning: this next bit is kind of gross". Still, as brilliant as it is, it's probably best for older kids. 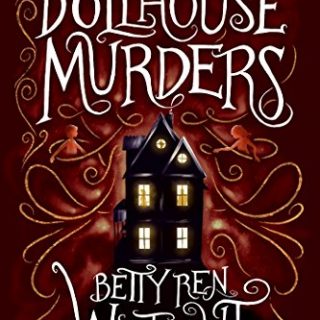 This book is from the 1980's, but it's still a popular read (always checked out at the library). It's definitely spooky, but not too scary.

12 year old Amy discovers an eerie dollhouse, made to represent her family's ancestral home, in her aunt's attic. Whenever she sees the dollhouse, the dolls representing her relatives have moved positions and seem to be reenacting a murder. Amy can't get anyone to listen to her, so she'll have to solve this big family mystery on her own. 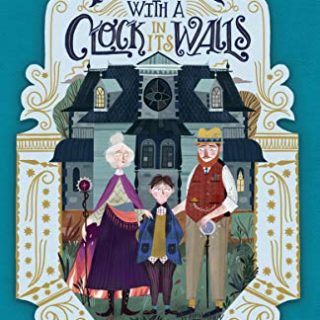 The House With a Clock in Its Walls

We read this aloud a couple years ago before we went to see the new movie version. The book was originally published in the 1970s and although the 2018 movie version was different (and probably a bit better than the book), we enjoyed both. Having a special Halloween read aloud and movie night in October really made the month feel special.

When young Louis Barnavelt is orphaned he moves into his eccentric uncle's spooky old house. The former owner of the house, a wicked magician, built a doomsday clock into the walls of the house, and it's up to Lewis and his uncle to find it before it obliterates humanity. 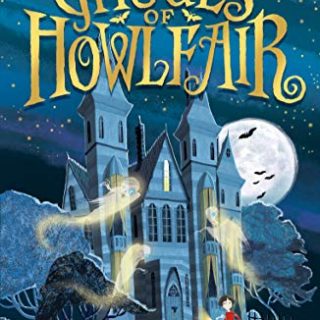 This is the book we're reading right now for our Halloween family read aloud this year. We're not quite halfway through, but we're completely charmed. It's both funny and spooky, but not so very scary. Note: you must read this one with a British accent for maximum effect.

Young Molly Thompson is equal parts historian and investigative journalist, much to her mother's chagrin. Molly just wants to investigate the town's legends, but keeps uncovering people's deep dark secrets and when the book opens, she's not very popular with the townspeople. But when she stumbles upon an ancient legend about a manor house in town, she can't help but dig in to the mystery. It turns out to be bigger and spookier than she could ever have imagined! 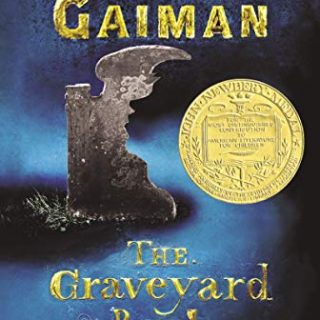 This is very spooky, but not very scary. When Nobody Owens was a toddler, his family was murdered, but he managed to escape from the house into a nearby graveyard. Since then, he's been raised and educated by ghosts. That's all fine and dandy, until the day finally comes when he has to face the man who murdered his family. It's gorgeously written and perfectly imagined - very deserving of the Caldecott Medal it won. 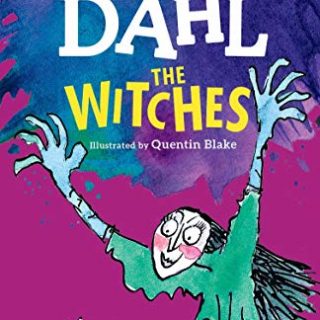 This is another book + movie combination that is a lot of fun. I actually just watched the 1990 film for the first time a couple weeks ago. It was delightful! It's definitely a little scary, but it's a good blend of creepy + humor so it's never too frightening. \

This is the story of REAL witches, according to Roald Dahl, and these witches love to turn people and children into mice and then squash them. But one little boy decides to fight back. 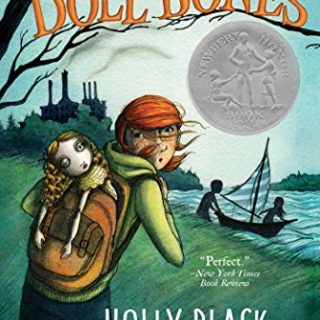 This Newbery Honor book is bone chillingly good. We’ve all read it here and it spooked us thoroughly.

Poppy, Zach, and Alice have been friends forever. And for almost as long as they’ve been friends, they’ve been playing an imagination game with a bone-china doll that rules as queen over a world of pirates, mermaids, and warriors.

When Zach quits the game it seems like it might be the end of the friend group too, until Poppy starts having strange and disturbing dreams about their bone-china doll. She claims there is a ghost that will not rest until the doll is in her grave and the kids have to help her. 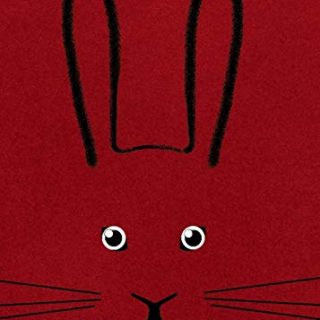 This is one of my favorite Halloween Read Alouds! It's perfect for even young kids because it's only a little bit spooky.

One night after going to see a Dracula movie, Chester the dog's human family brings home a rabbit. Chester is suspicious and begins to suspect that the rabbit is actually a vampire, draining the juice from the carrots and celery in the fridge. It's so much fun to read aloud! 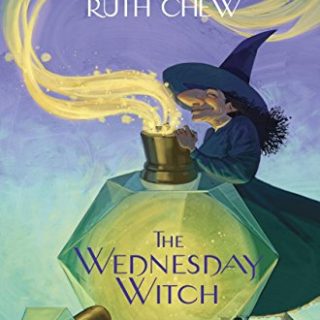 I loved all of Ruth Chew's Matter of Fact Magic books when I was kid and I'm so happy they've been rereleased! These aren't scary, though some are just a little bit spooky. This one, about a young girl who accidentally opens the door to a witch and her little black cat, is charming. She's called the Wednesday Witch because her magic is at it's peak every Wednesday.

All the books in the series are charming. Another favorite of mine is Magic in the Park. 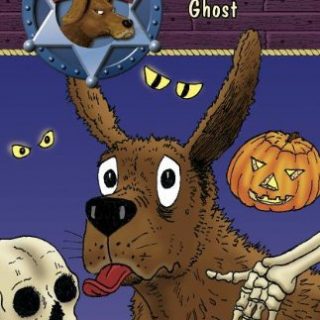 The Case of the Halloween Ghost (Hank the Cowdog)

The first book in the Hank the Cowdog series was published in the 1980's. Since then, the collection has grown to more than 70 books. They are beloved by many! They are also excellent Audiobooks - we listen to them in the car.

In this one, Hank has an encounter with a spooky Halloween ghost, but it's not scary, just laugh out loud funny. 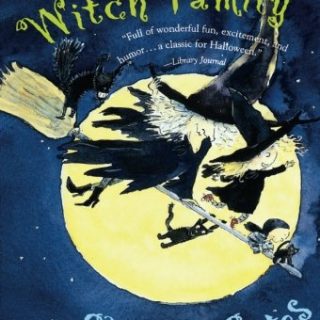 Nothing scary about this book - it's just a sweet, simple, old fashioned story about two young girls and the very imaginative game they invent about an old witch. If you need a gentle Halloween read aloud, this is the book for you! 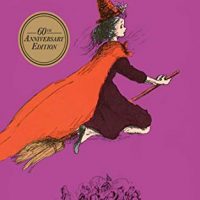 This 1950's classic is another not-spooky Halloween read aloud for kids. The little witch wants to go to school, but her bad witch mother wants her to stay home and make a Black Spell Brew. But the little witch is determined to figure out how to be a good witch and make happy spells.

If you enjoyed this post about Halloween Read Alouds, you may also enjoy these posts: