The Llama craze is real! These are our favorite Picture Books About Llamas. We have fun and silly Llama picture books here, as well as fantastic stories and even some non-fiction for little llama lovers. 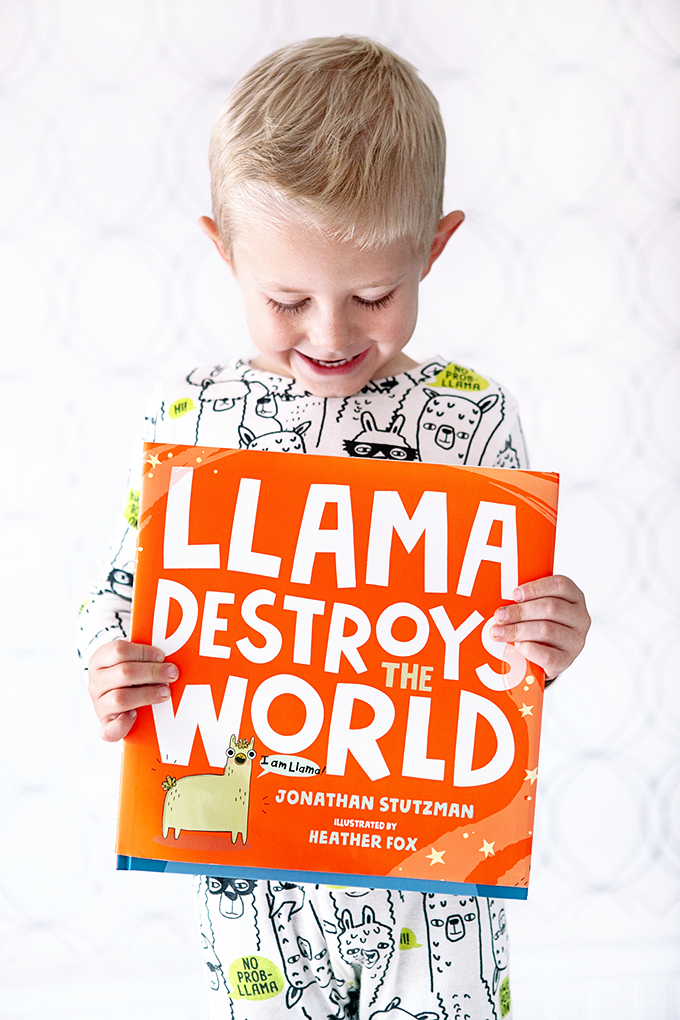 I think it’s so funny how animals become popular. I understand, at least in part, how/why the unicorn earned its rise in popularity (magic and all that). However, I have been surprised by the rise of the sloth and the llama. Who would have guessed!?

But we have a few Llama lovers at our house and the craze is real. Three of my kids are obsessed with their llama pajamas (the girls have these pajamas, and Rory has this set – affiliate links).

My 13 year old is actually our biggest llama fan though. She has this llama head hanging above her bed, and a room full of llama art and stuffies. Like I said, the craze is real! 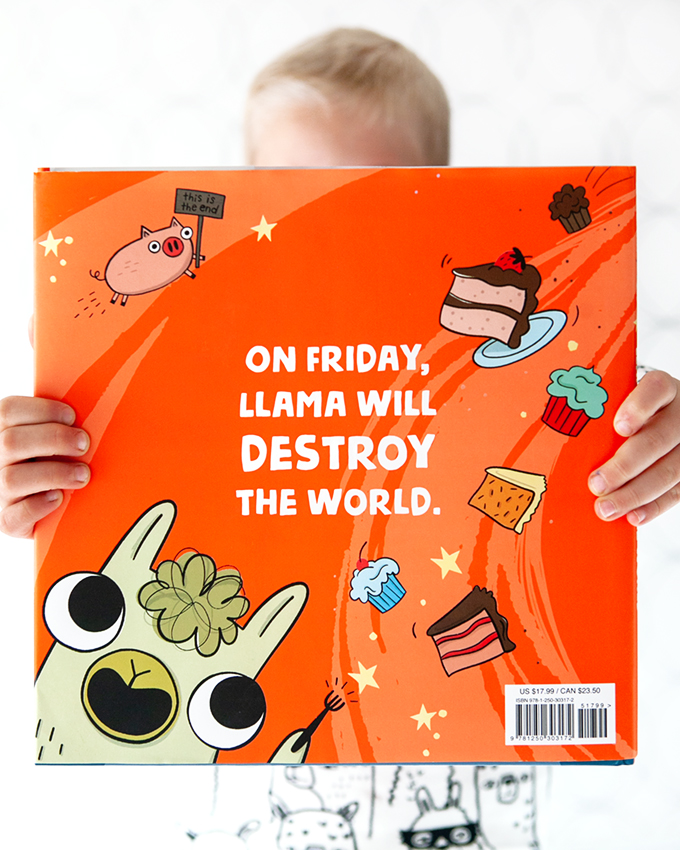 Being the bookworms that we are, our animal obsession also manifests itself on our bookshelf. We’ve been reading and collecting picture books about llamas and there are quite a few good ones! We have funny llama books (because llamas are funny, right?). There are also some really good stories here, and even a little bit of non-fiction for the informed llama fanatic.

Get ready to embrace the Llama craze. 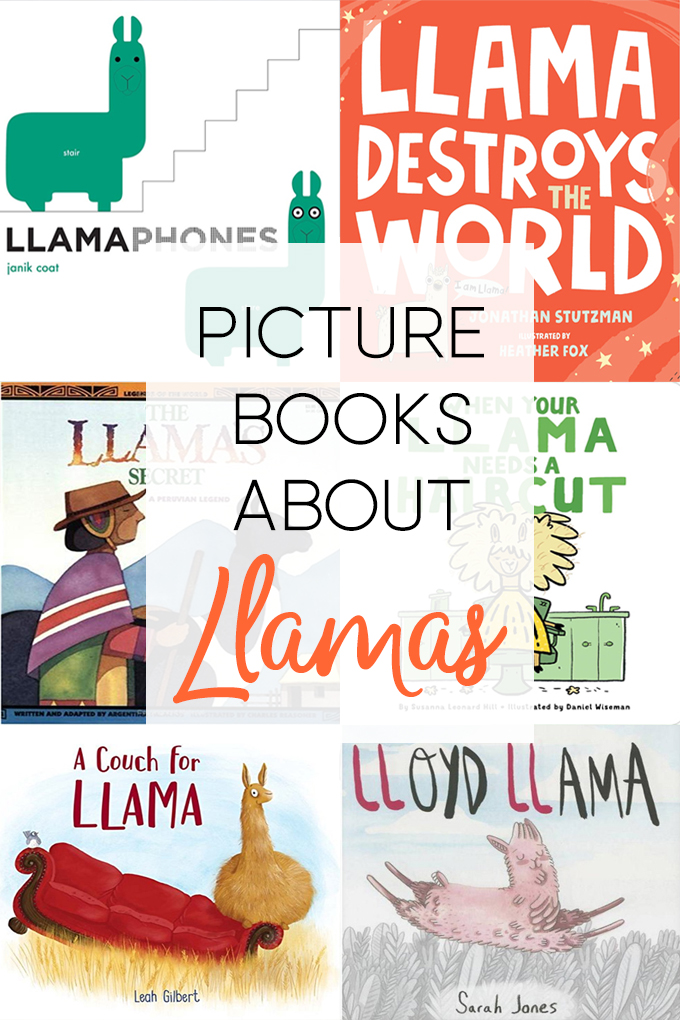 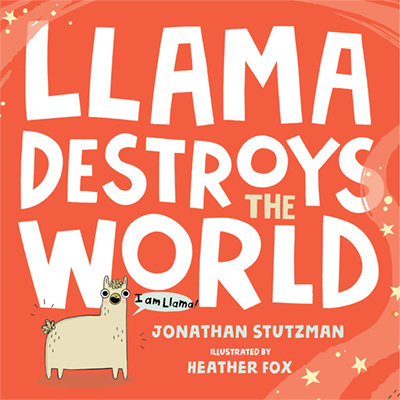 Llama Destroys the World by Jonathan Stutzman | This is a hot book at our house right now! Llama loves cake, but therein lies the problem. On Monday he eats too much cake, which leads to a slew of other problems that escalate so far that by Friday, Llama destroys the world. It’s really quite funny.  (P.S. This author has a new llama book coming out in May 2020 too!) 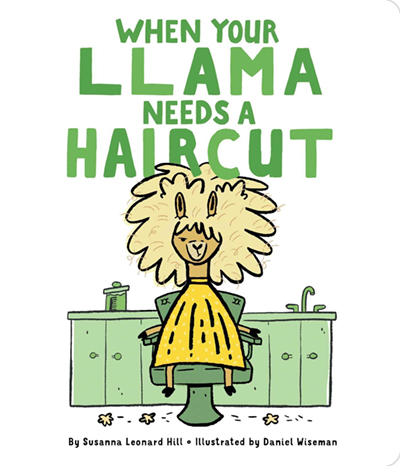 When Your Llama Needs a Haircut by Susanna Leonard Hill | It’s picture day and llama needs a haircut. The problem, however, is that llamas don’t really like getting their haircut, so you have to be a little bit tricky to get the job done. This is a fun little board book! 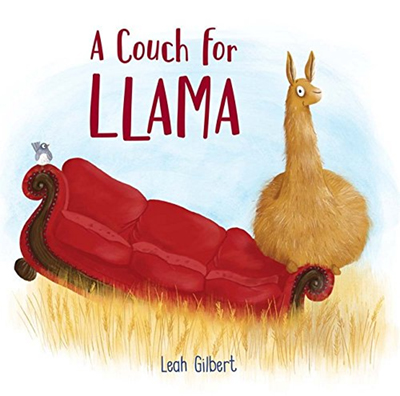 A Couch for Llama by Leah Gilbert | The Lagos family is excited to bring home their brand new red couch. Unfortunately, on the drive home from the furniture store, the couch gets knocked off the top of the car and lands in a field. A llama finds the couch and it may be very tricky for the Lagos family to get their couch back. Another fun read! 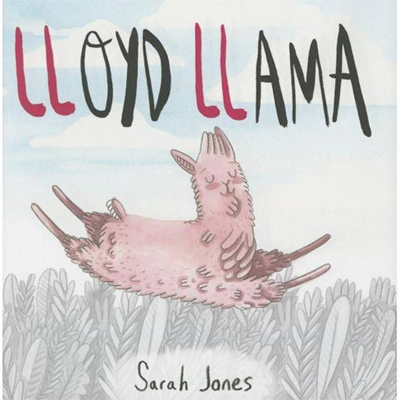 Lloyd Llama by Sarah Jones | Lloyd Llama is pink and adorable. He loves lollipops and spelling and the cello. But he does not love his new classmate Al Alpaca. Luckily, before the book ends this turns into a sweet tale of friendship. 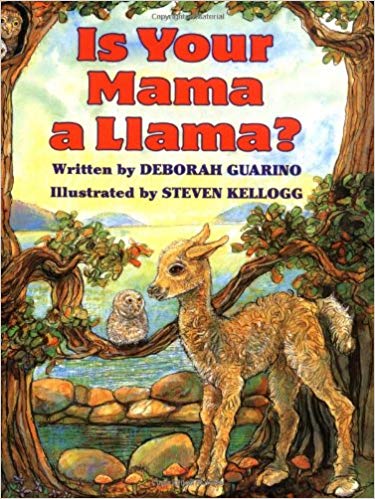 Is Your Mama a Llama? by Deborah Guarino | This is an oldie, pre-llama -fame days, but still a goodie. It’s a simple rhyming book about a baby llama trying to figure out what kind of animal everyone’s mama really is. This was on bedtime repeat for years when my girls were younger. 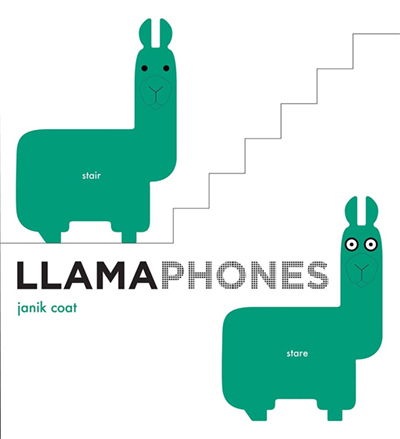 Llamaphones by Janik Coat | This board book is so clever! It’s well designed and very whimsical, but still an excellent way to explain the concept of “homophones” to kids (like Wait and Weight, or Peek and Peak). Using llama illustrations to explain the homophones is genius! 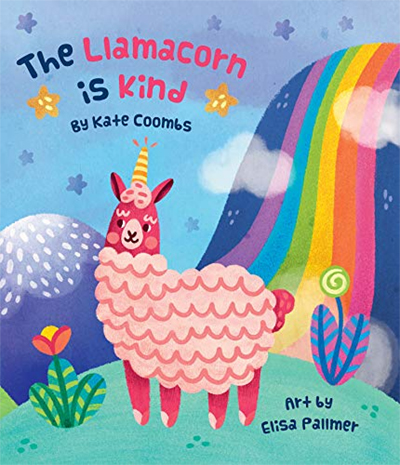 The Llamacorn is Kind by Kate Coombs | This is a pink and purple combo for the Unicorn + Llama fans out there! In Llamacorn land the llamacorns spread kindness and friendship wherever they go. 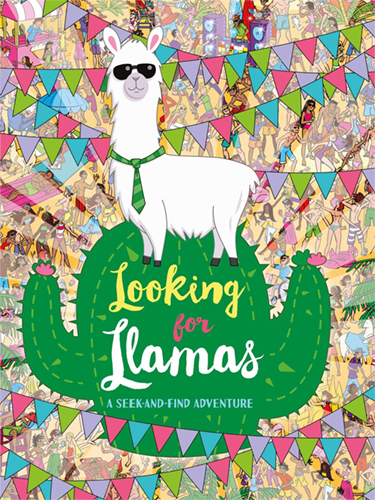 Looking for Llamas: A Seek and Find Adventure by Buzzpop | This is a fun seek-and-find book, in the old Where’s Waldo style . . . but llama’s and cacti are the stars of this show. My kids go nuts for search and find books like this. 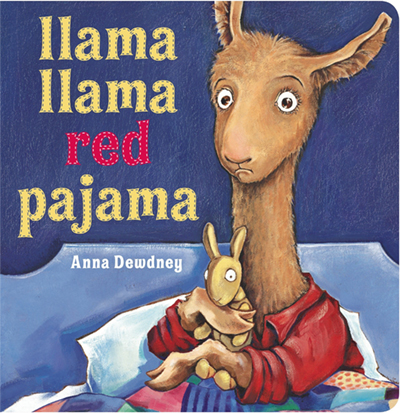 Llama Llama Red Pajama by Anna Dewdney | This book came out over a decade ago and launched a much loved series that continues to this day! If you’re new to the Llama Llama books, start here. 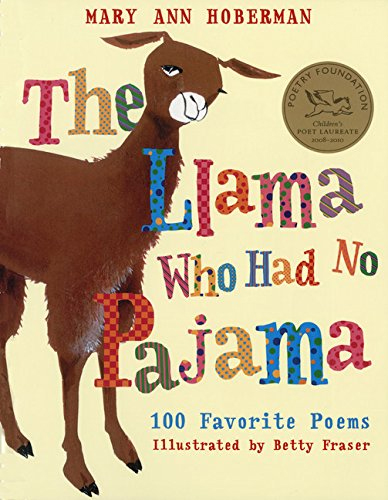 The Llama Who Had No Pajama by Mary Ann Hoberman | Okay, this one isn’t exactly a picture book about llamas. Rather, it’s a collection of wonderful poems for children. But since the feature poem is about a llama, I’m sticking it in here. We love Mary Ann Hoberman at our house! 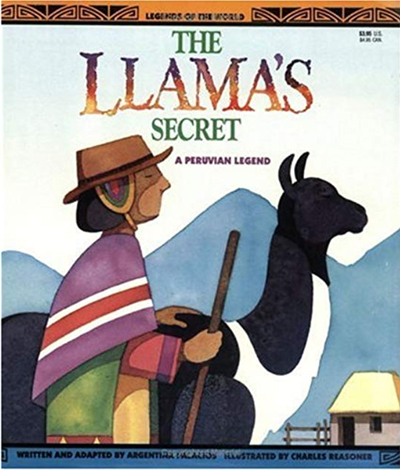 The Llama’s Secret by Argentina Palacios | This one is based on a Peruvian legend in which a llama warns the people and animals of Peru that a great flood is coming (not unlike the Noah’s ark story). It’s a great multicultural picture book about llamas and Peru. I love the illustrations in this one! 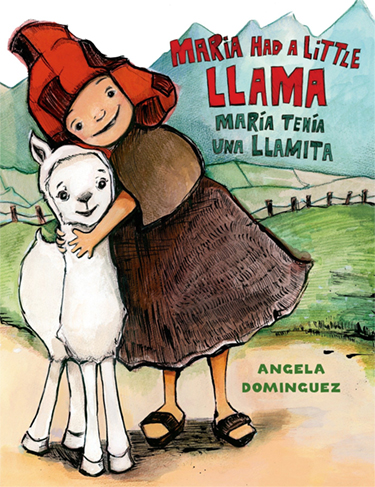 Maria Had a Little Llama by Angela Dominguez | With both Spanish and English text, this is a fun retelling of Mary and her little lamb. This time it’s a llama and the setting is Peru! 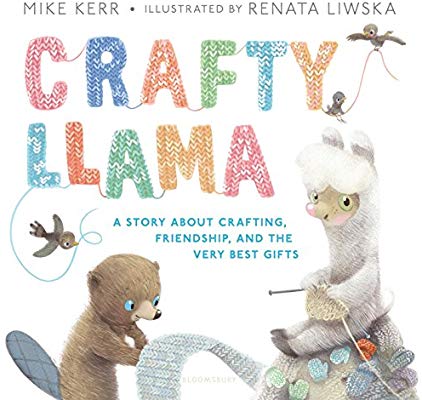 Crafty Llama by Mike Kerr | It’s a beautiful day and Llama wants to do something special. While she’s trying to think of a special thing to do, she starts knitting. The other animals are inspired by Llama’s craftiness to make crafts of their own. By the end of the day Llama realizes she has not only made some wonderful creations for her friends, but she realizes that the act of crafting was actually something special. 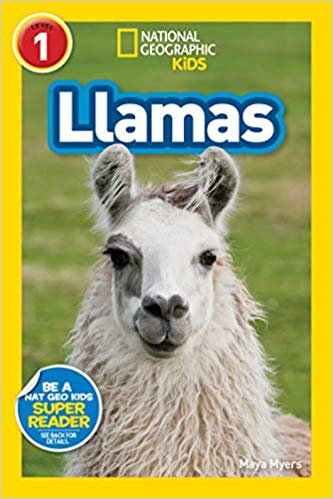 If I missed one of your favorite picture books about llamas, leave the title in the comments below! 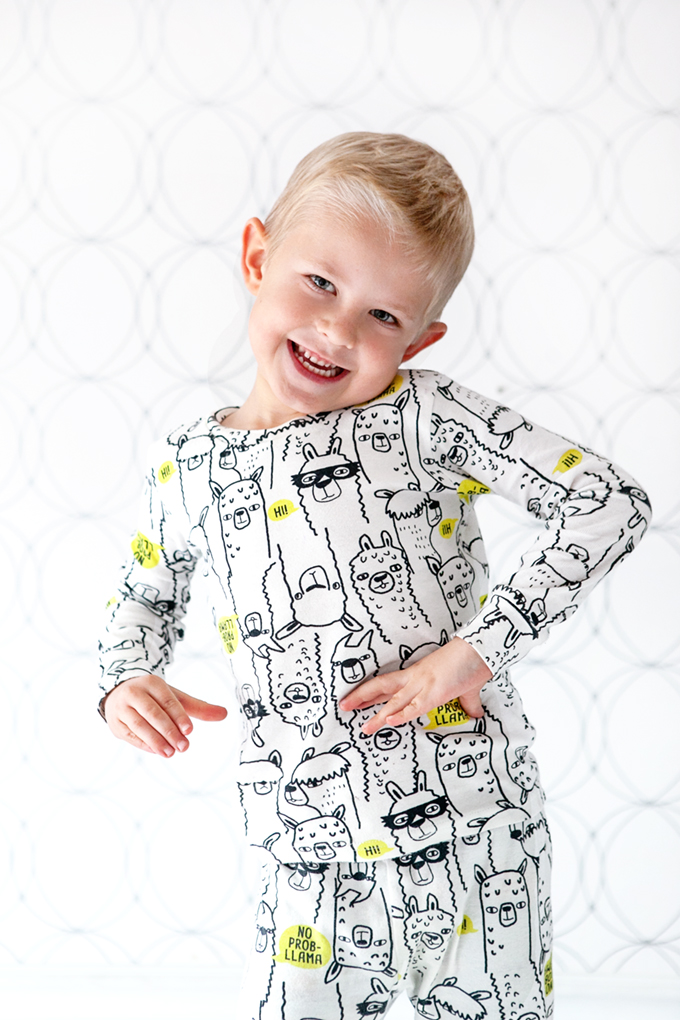 If you enjoyed this list of Picture Books About Llamas, you may also enjoy these posts: