If you want to keep your brain sharp this summer and a lazy beach read just isn’t for you, I’ve got the perfect summer book list right here! 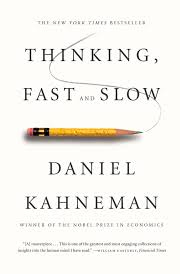 This was probably my favorite read last year! Although it’s about how our mind works and all the mechanics behind the decision making process, it really is a lively read. We can’t trust our intuitions, though we feel certain we can. We are all profoundly affected by cognitive biases. We need to learn how to think slow more often than we think fast. Nobel laureate Daniel Kahneman tackles it all and engages the reader the whole way.

The Third Plate by Dan Barber

I like to read Michael Pollan books and this has a similar feel. This reads in many ways like a fascinating food memoir, though really Barber has an agenda and would like to revolutionize the future of food and farming practices. I loved this book! To get a sense of the book, you can also look up some of Dan Barber’s TED talks – they are fantastic! 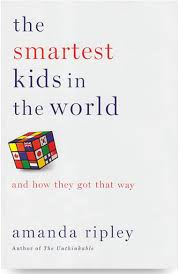 The Smartest Kids in the World: And How They Got That Way by Amanda Ripley

Ripley finds the smartest kids in the world and really digs in to their cultures in Poland, Korea, and Finland. Following three American exchange students in these countries is really illuminating! This is a fascinating and informative read. It will likely change the way you think about education and it will give you lot’s of fodder for dinner table conversations with your own family. 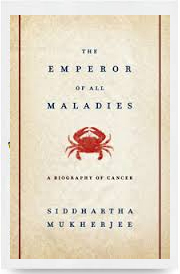 The Emperor of All Maladies: A Biography of Cancer by Siddhartha Mukherjee

I haven’t read this one yet but it’s on my to-read list this summer. I have it on good authority that this book is a wonderful read – well researched and well written. Having lost a few people that I love to cancer, I’m very drawn to this particular biography. It’s written by a physician/researcher/science writer and I am really looking forward to diving in. 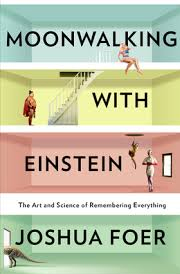 Moonwalking With Einstein by Joshua Foer

Joshua Foer is a self proclaimed “normal guy” in that he remembers and forgets about as much as everyone else. And yet, after a year of memory training, which he chronicles in this book, he makes it to the finals in the U.S. Memory Championship. He claims that just about any one can do this if they understand some of the science and research behind memory and learn a few tricks and techniques along the way.

This is a really fun read! Though I haven’t really put much effort into becoming a memory champ myself, after reading the book I did put some of its techniques to the test and I have found that I can memorize and retain book passages and quotes much easier. 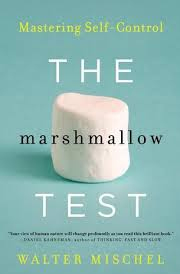 The Marshmallow Test by Walter Mischel

Every time I heard someone talking about the famous marshmallow test (the one in which kids who could resist eating a marshmallow for a delayed reward are the same kids who later in life score higher on aptitude tests, are healthier, more successful, etc.) I would feel frustrated. What if you or your kids are the ones who would fail the marshmallow test? Is it just a matter of being hard wired with self control?

This book is the answer to all of my questions and frustrations. I loved it! It’s an engaging read, but more importantly, it tells you how self control can be taught and learned and mastered. It’s true that some kids are perhaps hardwired to have more self control from the beginning, but there’s more to the story and it’s in this book by the man who developed the original marshmallow test. 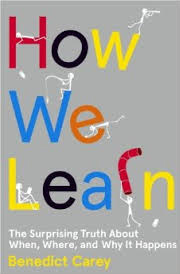 How We Learn by Benedict Carey

This book is so good, I just wish it had been written when I was in college! Though even without knowing all the interesting science behind how we learn, I did get a few things right in college – all those flash cards I made and quizzed myself with were really a great idea. All the late late nights I spent awake and studying for ancient Greek and Spanish, maybe not such a good idea. I graduated, so there’s that, but I clearly didn’t have it all figured out.

Benedict Carey, a science reporter for the New York Times has figured it all out and can help you and your kids learn better. And if you like science writing as much as I do, then this book is a fun and useful read.

Hot Off The Press