This Cream of Zucchini Soup is quick, easy, and so delicious. It’s one of our favorite family recipes and the best way I know how to use up a bumper zucchini crop. 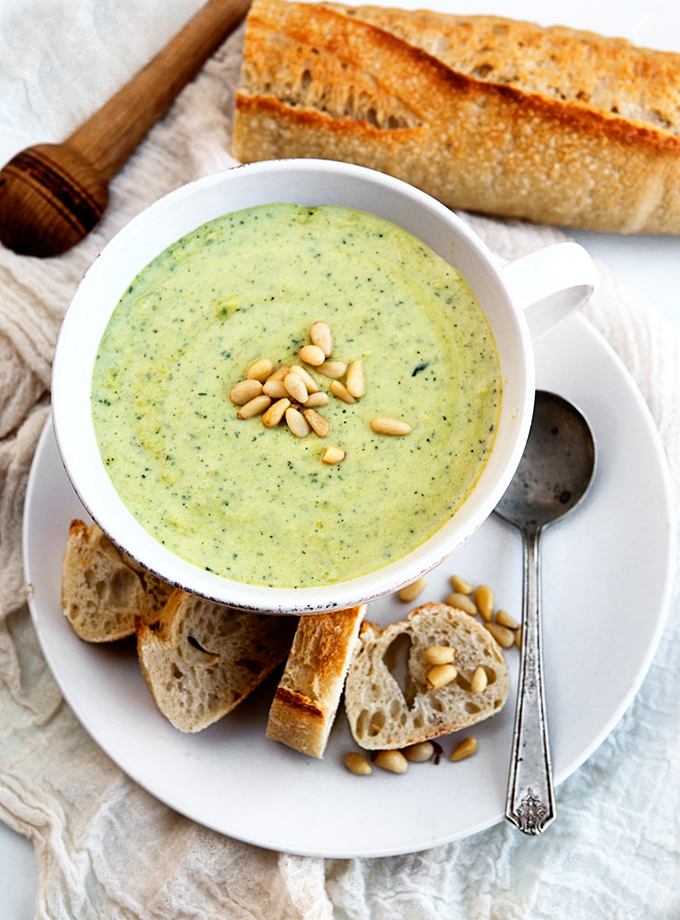 This Cream of Zucchini Soup was my favorite when I was a kid. Then I grew up and forgot all about it.

All the zucchini growing in my garden, however, is forcing a new creativity in the kitchen. At some point, between zucchini relish and zucchini muffins, I remembered a delicious zucchini soup that my mom used to make. When I questioned her about it she knew exactly what I was talking about.

My mom’s zucchini soup came from an old packet of typewriter recipes that she got from her mother in law way back when. The ladies at my Grandmother’s church had all contributed their favorite zucchini recipes, typed them up and handed them back out at church. Somehow my mother got a copy and kept it all these years.

The old zucchini recipe packet includes goodies like Lucille Brower’s Zucchini Fruit Cake, which should be aged 2 weeks before eating it, and Doris Lowder’s Pineapple and Zucchini Bavarian Cream.  A few of the recipes required a little sleuthing on my part to figure out what some of the ingredients meant, like 1/2 cup IMO in a Zucchini Cake – turns out it’s a brand of imitation sour cream from the 60’s. The zucchini soup, the one I remembered downing bowls of as a kid actually called for MSG, which I never realized was just used as an everyday spice from the pantry. 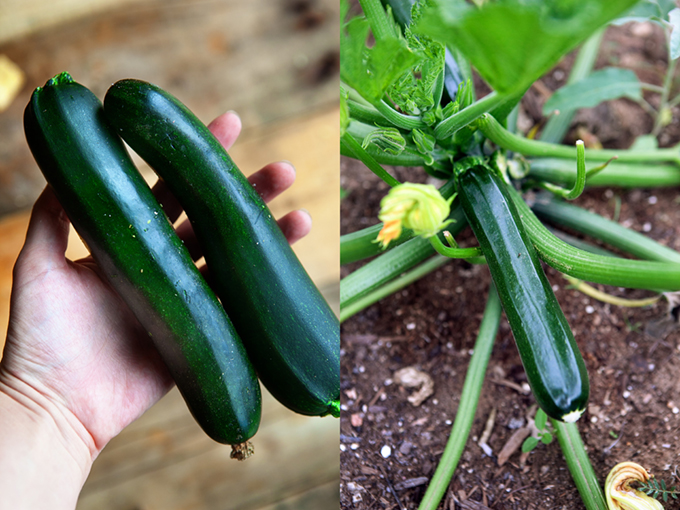 I didn’t know if the soup would live up to my childhood memories, nor was I certain it would taste as good without some of its outdated ingredients, like margarine and MSG, but with all the zucchini piling up on the kitchen counter, I figured I didn’t have much to lose.

The final verdict? Molly Baumgartner’s version was delicious but my updated version is just as good! No MSG in my zucchini soup, but the kids still proclaimed it their new favorite. It’s an old favorite for me and I’m glad to have rediscovered it.

How to Make Zucchini Soup

The key to a really delicious Cream of Zucchini Soup is a thick (not watery!) texture and a buttery, mild flavor. This soup achieves both with a thick, creamy  texture and mild flavor, which is why it is such a kid favorite. It’s an excellent starter, but we also eat it with zucchini muffins or a sourdough baguette and call it dinner. It’s quick and easy! 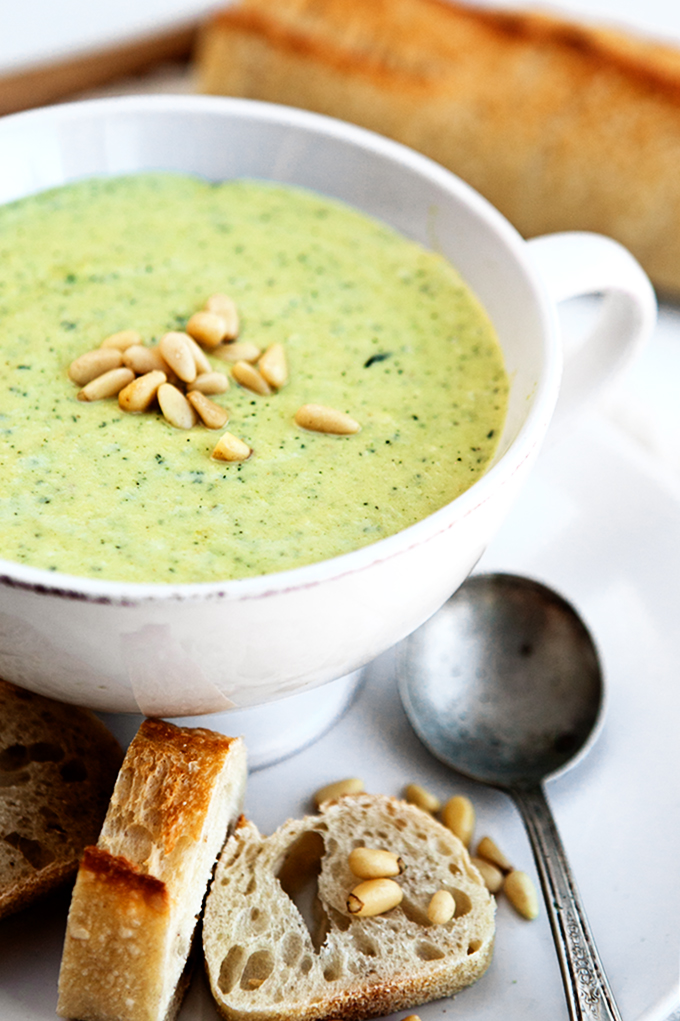 You begin by sauteing onion in olive oil, and then add the water, seasonings, and zucchini and boil until the zucchini is very tender. Then, puree the mixture until it is perfectly smooth.

Note: I used Chicken Better than Boullion for an extra bit of flavor, but you can use any chicken soup base (or homemade if you have that too – Simple Bites has a great recipe!). If you want to make the vegetarian version, The Kitchn speaks highly of the Vegetarian Better than Bouillon soup base.

The final step is what really makes this soup stand out! Melt the butter in a saucepan, then whisk in the flour to create a roux (the most flavorful way to thicken up a soup). Add the milk and cream (or half & half) until you have a nice thick mixture to add into the pureed zucchini mixture. It’s absolutely delicious! 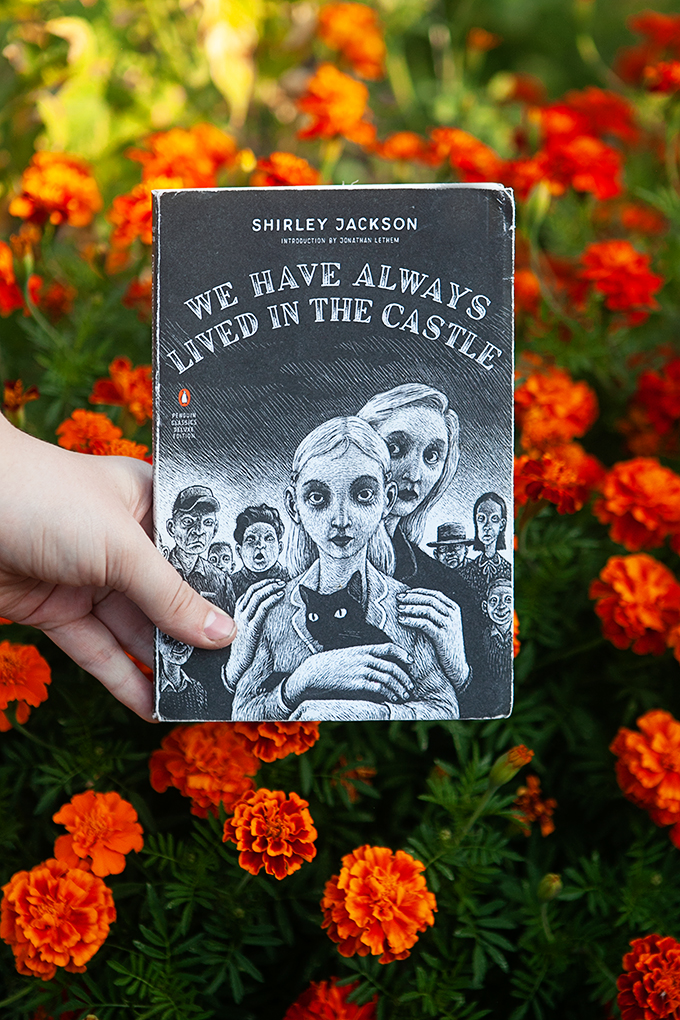