This new Middle Grade STEM Book Series is the most exciting mix of Science, Technology, Adventure, and Mystery. The Explorer Academy books will draw in even the most reluctant readers! 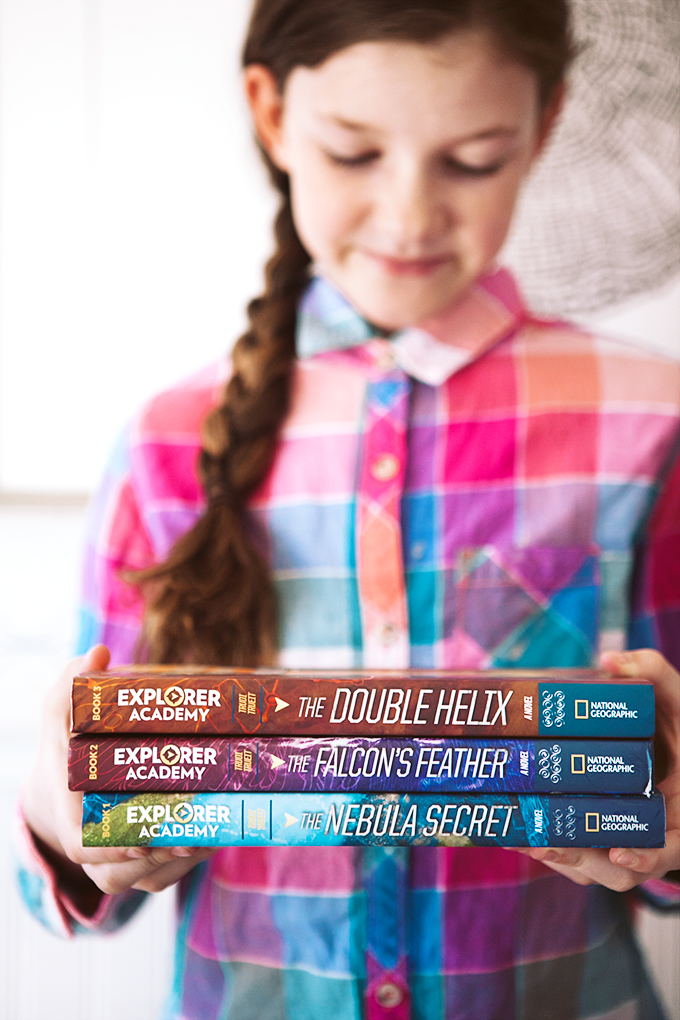 Explorer Academy is a groundbreaking new Middle Grade STEM Book Series from National Geographic. So far, they’ve released 3 books (The Nebula Secret, The Falcon’s Feather, and The Double Helix), but there will be a total of 7 books in the series written by Trudi Truett. We think the whole series is absolutely brilliant! (Note: Amazon links in this post are affiliate links)

The story begins in The Nebula Secret with twelve-year-old Cruz and his acceptance to the prestigious Explorer Academy. Cruz is so excited to dive into the world of Science and Exploration with a faculty of renowned scientists, explorers, conservationists, photographers, and journalists. He’s also looking forward to meeting like-minded friends at the Academy.

However, Cruz’s first big discovery is that someone is trying to get rid of him; someone who doesn’t want him to find out about the secret research project his mother was working on when she met an untimely death. It’s an action packed story right from the get-go. And each book leaves you wanting more, so it’s a great series to keep readers engaged.

The books are full of codes to crack, puzzles to solve, and mysteries to uncover, which makes them real page turners. They’re also packed with fascinating science and educational facts, but not in a way that feels heavy handed. In the first book, readers learn about the migration patterns of monarch butterflies and how they’re affected by illegal logging.

Rather than lay out the facts like a textbook though, Truett incorporates them smoothly into an exciting training expedition that Cruz and his Explorer teammates complete in a Virtual Reality Simulator. It ends with them jumping off a waterfall after being chased by men with guns . . . so, it’s anything but boring. 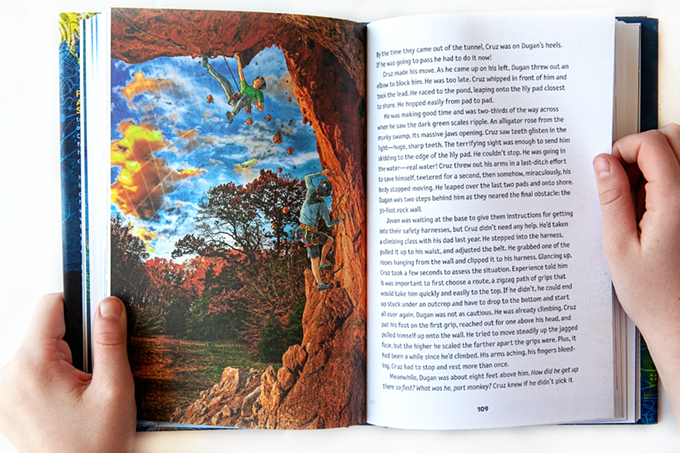 We also love that the books are filled with full color illustrations and maps. They help readers engage more fully with the story. The fantastic illustrations also make the book more appealing to reluctant readers. which is a big bonus.

My kids have especially loved all of the advanced technology in the books (think James Bond type gadgets). The kid characters invent some of it, and some of it is part of the Academy, but all of it is super cool. There are eyeglasses that change color with the wearer’s emotions, cameras that can be controlled with thoughts, honeybee drones, and so much more. 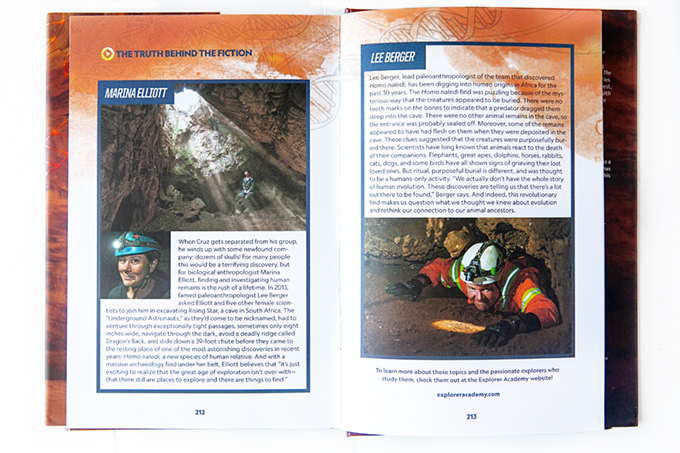 At the end of each book, there’s a section called “The Truth Behind The Fiction” with photographs and descriptions of the real scientists, explorers, and inventions that inspired different parts of the stories. Remember those honeybee drones? Turns out a real life team of engineers have actually developed very similar microbiotic insects! 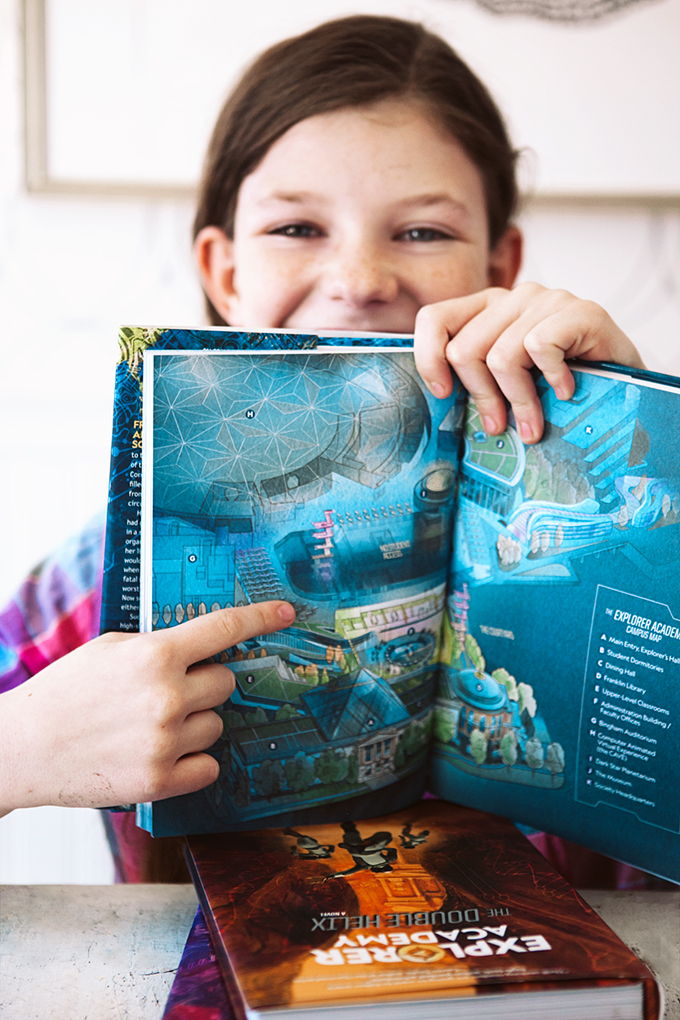 Our Thoughts on The Explorer Academy Series

As for me, I think the Explorer Academy series is fantastic. I’ve long been a fan of National Geographic, but this Middle Grade STEM Book series is a new level of awesome. What they have created here with Trudi Truett (Author), Scott Plumbe (Illustrator/Designer) and Dr. Gareth Moore (Code Master – yes, this is a real thing!) is an incredible reading experience for kids, tweens, and young teens. I’m a huge fan!

The publisher recommends the Explorer Academy Series for kids ages 8 to 12. I’d go ahead and extend that to ages 8 to 14 – I think younger teens will enjoy this fast paced story just as much, if not more, than younger readers (my young teen does!).

You can also check out the Explorer Academy Website for videos, games, and more!

Check out the Books on Amazon 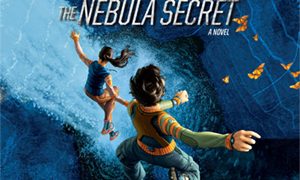 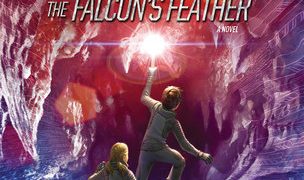 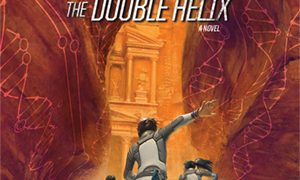 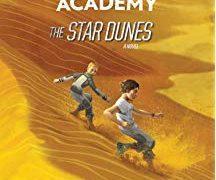 I received copies of the Explorer Academy Books from the publisher for review purposes. All thoughts and opinions are entirely my own. I only share books here on Some the Wiser that my kids and I genuinely enjoy.

If you enjoyed this post about a Middle Grade STEM Series, you may also enjoy: