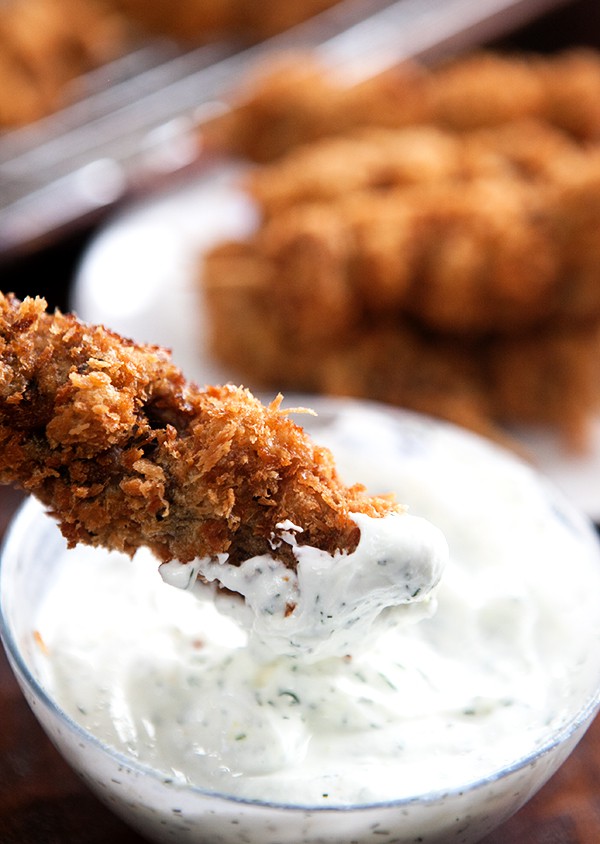 This City Chicken recipe is actually Pork, no chicken here at all. It also has a story, which very much appeals to the historian in me.

According to the lovely Cook’s Country magazine where I found this tasty pork-not-chicken recipe, City Chicken is a depression era food made with cheaper pork to look like more expensive chicken. Although chicken is no longer the “fancier” or pricier meat, this mock chicken recipe appealed to me as soon as I saw it. Hardly ever, and really almost never, do we eat fried food. But pork on a stick that is fried to look like chicken, well yes, don’t mind if I do. 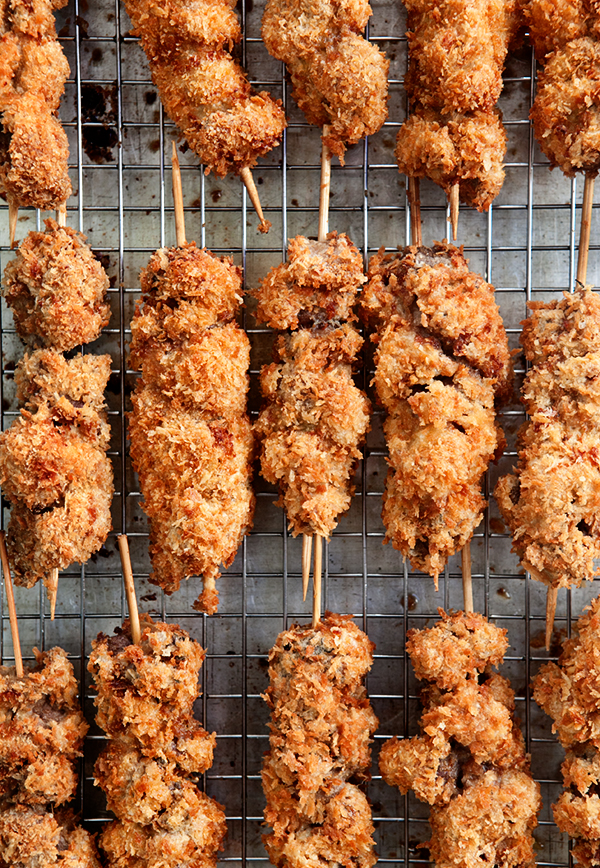 Much to everyone’s surprise and delight, I made these tasty pork sticks for Super Bowl weekend. As it turns out, it was a last supper of sorts because the next week turned into a nightmare of pink eye and the flu, which are the absolute worst topics to discuss just before I try to sell you on a recipe.

So enough of that. I only meant to say that even if these are fried and won’t be winning any health food awards, they really hit the spot and I didn’t regret even one delicious bite. I am pretty certain, really as sure as I can possibly be, that indulging in these crispy crunchy meat sticks had absolutely nothing to do with the plague that struck us the next day. 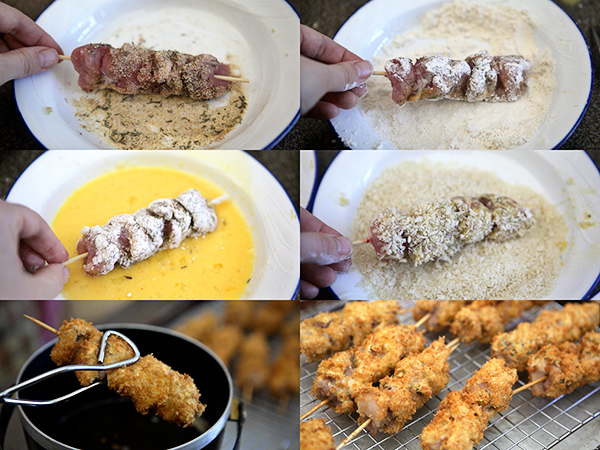 City Chicken is a simple recipe and comes together pretty quickly. Even better if you can convince some little helpers to work with you assembly line style, then you can roll right through the prep steps and get these pork skewers in the oven in no time.

These made good super bowl food and I think they’d be nice at other types of gatherings like that. I can also see myself happily munching, and tentatively sharing, a platter of these at a picnic as it starts to warm up outside. I can also see myself blathering on about the depression era to anyone who will listen so there’s that too. Maybe a good conversation starter? Maybe not. 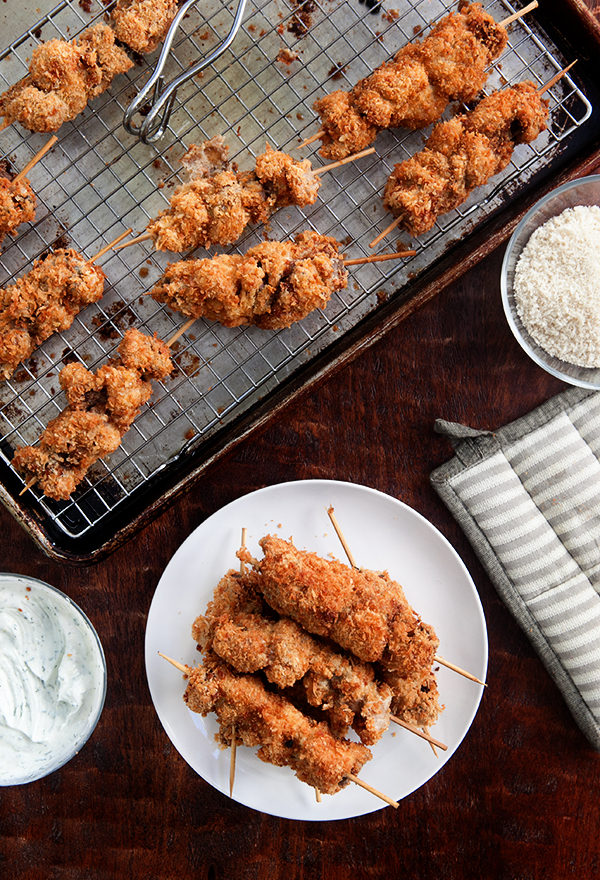 The original recipe (Cook’s Country December/January 2013) shallow-fried these in 2 cups of vegetable oil heated stove top in a Dutch oven. I had a small fryer to work with so I used that instead. Either way works. 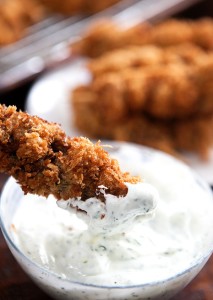 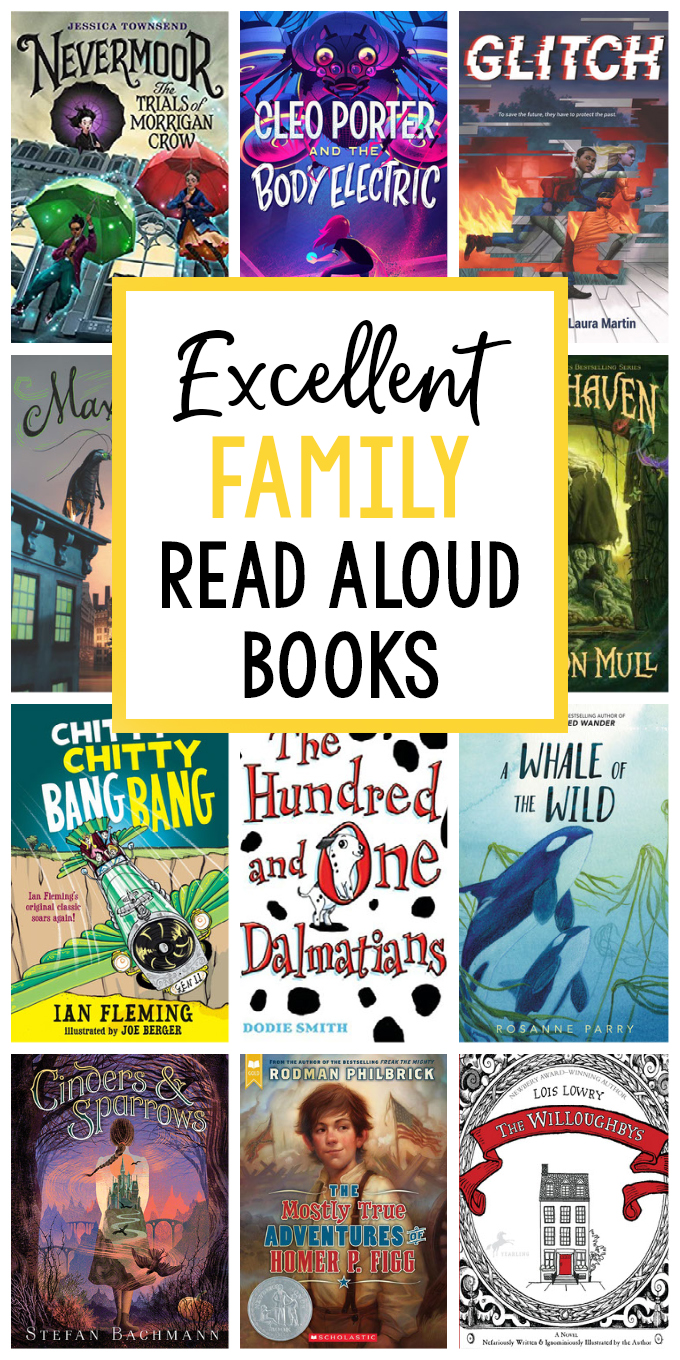 Here are all the Read Aloud Books we read together as a family last year. There are some great read aloud chapter books here! Reading aloud to my ...