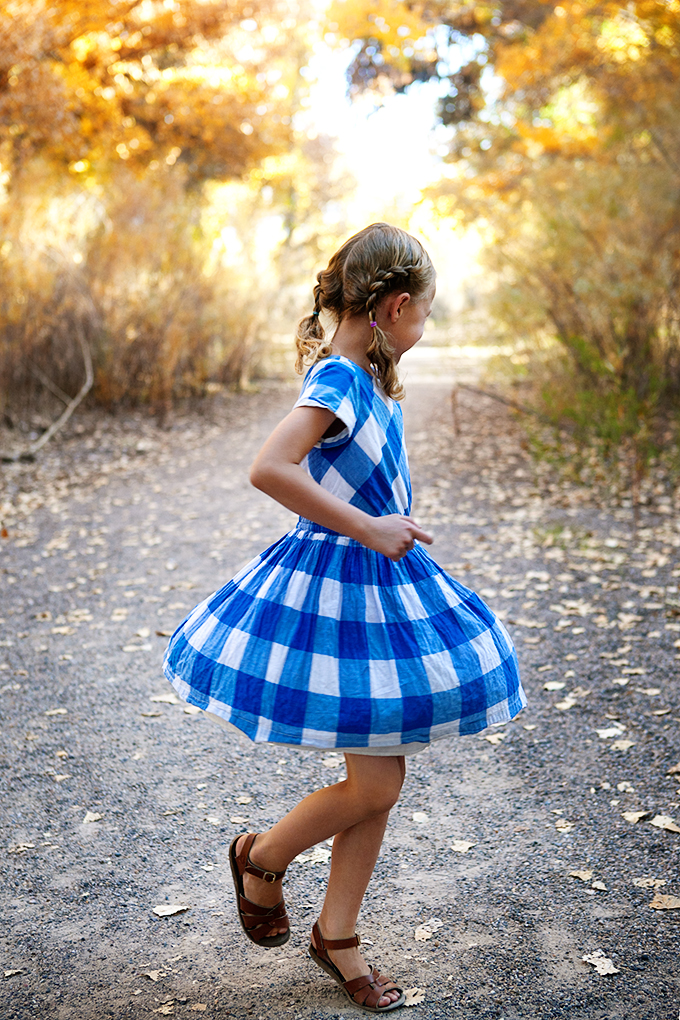 My Adelaide is six years old. This is my third time around with a six year old and I’m thoroughly convinced now that six might be one of the best ages of all. Six is just so much fun!

Each time one of my girls turns six, I turn back to the A.A. Milne poem, “Now We Are Six.” Yes, now that she’s Six, she’s as clever as ever. And I really do want her Six, now and forever.

I said the same thing when Esme, my oldest, turned six, but my feelings haven’t changed a bit. And wasn’t it just yesterday that Eila turned six? I really wouldn’t mind keeping them six forever and ever. 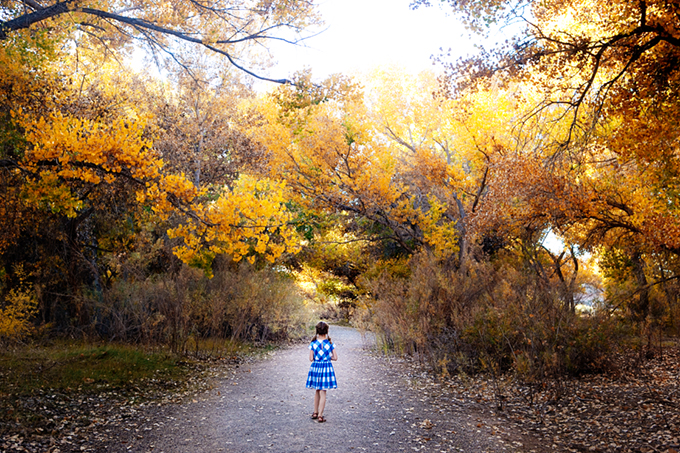 Just after she turned six earlier this year, I bought her this dress (JCrew doesn’t have the exact dress anymore, but it’s a lot like this one). It immediately became her most favorite dress. She’d wear it every day if I let her, and I think she’s worn it at least twice a week since she got it, and sometimes more!

But now, this dress has become part of my girl. When I think of her, I picture her twirling and flouncing in this blue checked dress. And long after she’s grown and six is only a memory, I don’t doubt I will still look back and remember my girl just as she is right now. Six and perfect, with her missing teeth, golden curls, laughing smile, and that bright blue dress, always twirling. 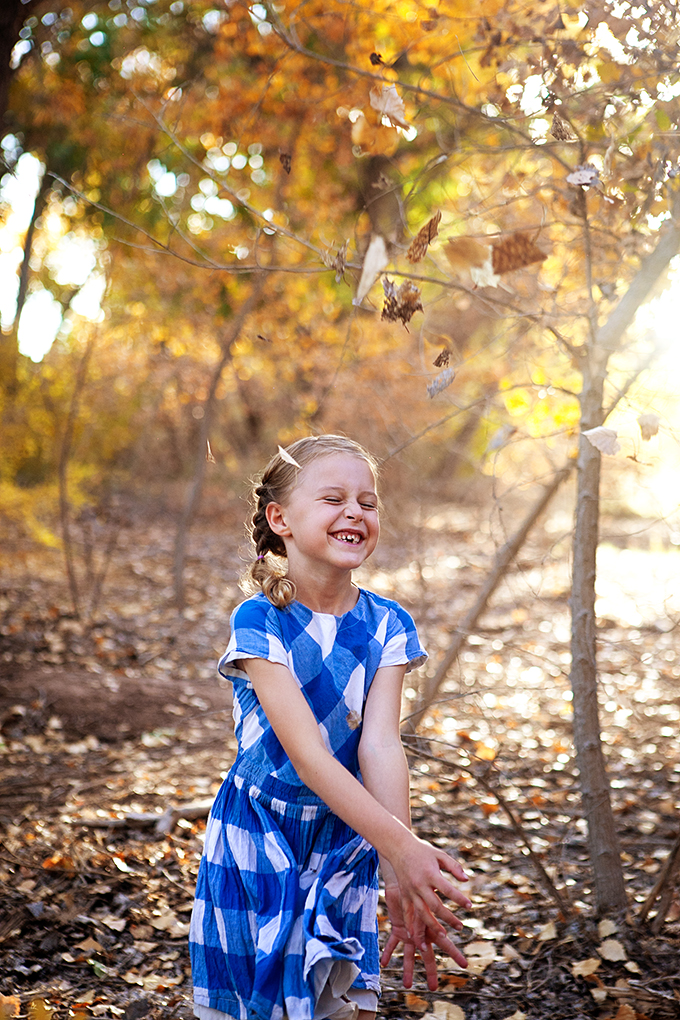 I noticed recently, with some panic, that she’s suddenly taller and the dress alarmingly shorter. The days are conspiring against me. Soon, it will be too cold for the dress and because she’s the youngest of my three girls, I won’t even be able to pass it down to a sister and it enjoy it next year.

So, we drove down to the river so I could attempt to capture everything that I love about her and this dress right now. Before everything changes. 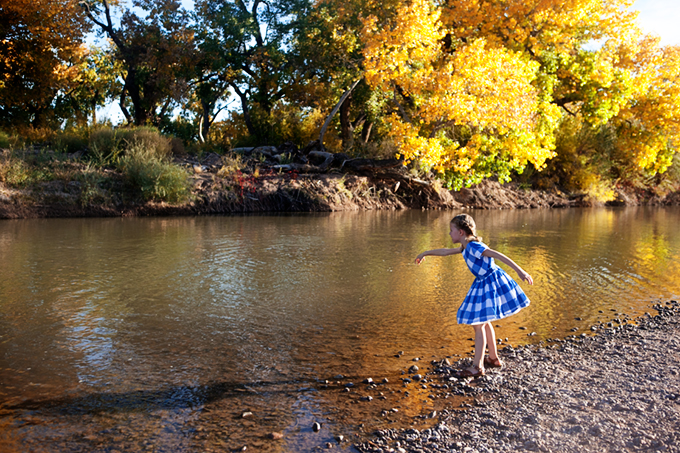 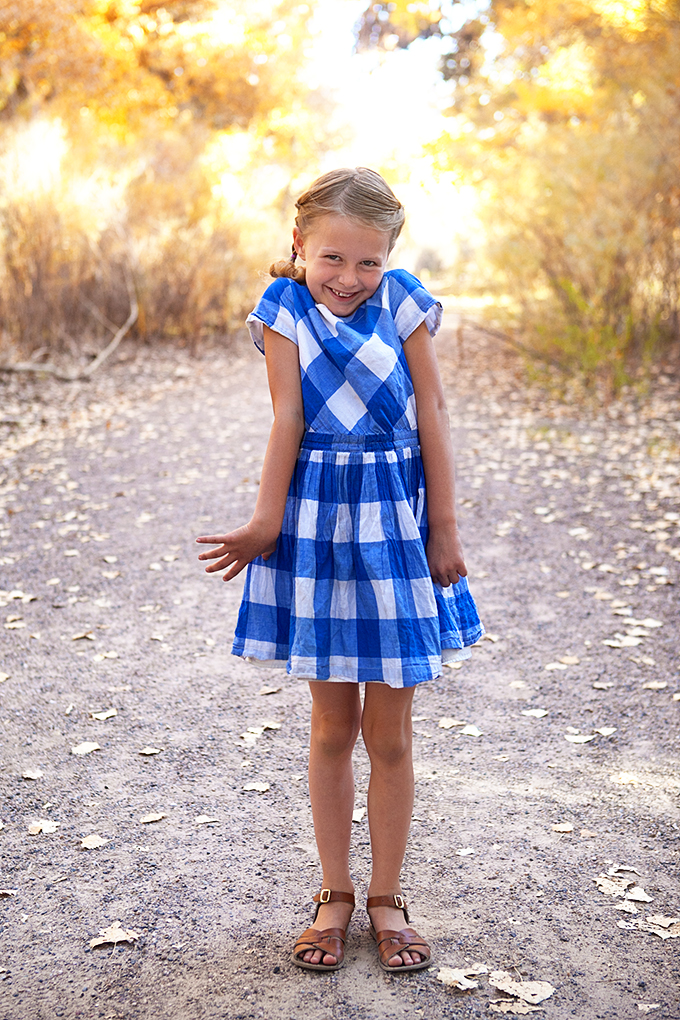 Really, the pictures hardly do her justice. But still, it’s something.

Oh SIX, you really are wonderful. 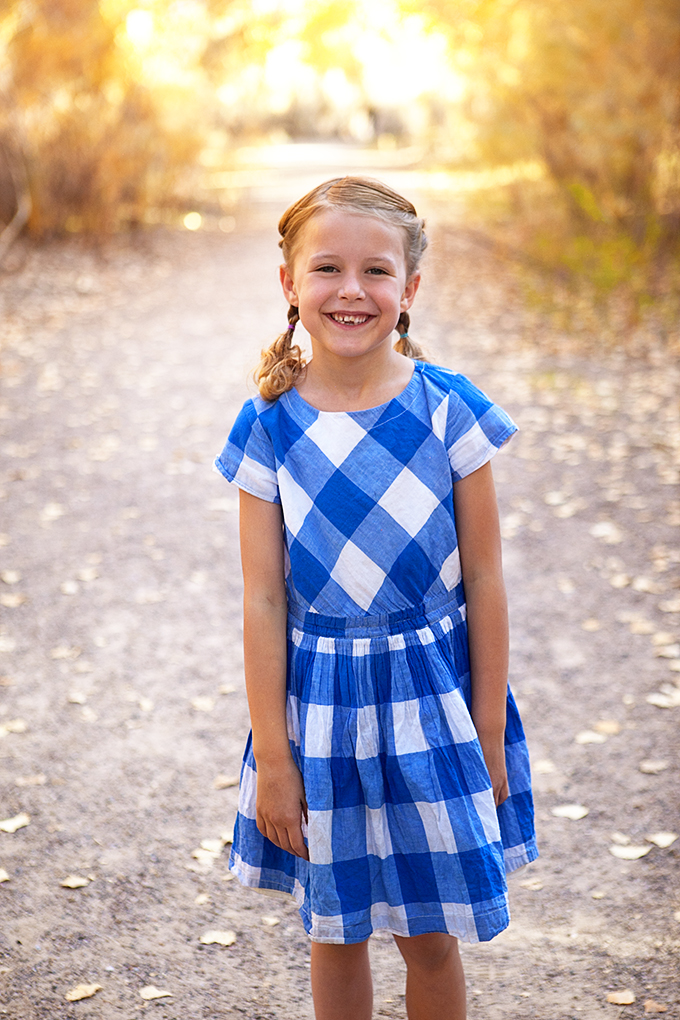